26.08.2020
In the last weeks, prices of gold rose to near-eight-year highs, fueled by new cases of COVID-19 that are dampening hopes for a speedy economic recovery. In the physical market, the price of an ounce of gold increased to the level of around USD2,000, the highest since October 2012. 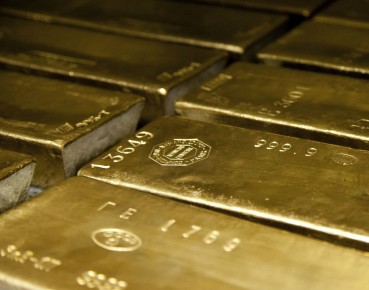 In the US market, the price of gold in futures contracts increased more than 33 per cent so far this year. In mid-March, the price of gold officially crashed, returning to December levels, but that was not the end of the surprises. Simultaneously with the dramatic drop in prices, an unusual phenomenon occurred that even the longest-serving market connoisseurs cannot recall. Namely, while the price of gold fell sharply in March, it became increasingly difficult to find new stocks. The mints supplied neither gold bars nor gold coins, and distributors only sold unsold products they had in their vaults from before. Once the stock was sold, distributors no longer had anything to sell to end customers.

The first phase of the normalization of orders for gold investment products began to occur after the price of gold on the world market jumped significantly for the second time in a year. From mid-March, the price was increasing more or less steadily. As the price moved upwards, the availability of certain products grew. First the two extremely popular investment gold coins appeared on the market — the Australian Kangaroo and the Austrian Vienna Philharmonic. Almost at the same time as in Zurich, Munich and Vienna these products were available to most customers in other European capitals. Then gold bars of 100 grams and 250 grams became available. It was obvious that the mints focused on producing only those gold investment products for which demand was the greatest.

Demand for the precious metal has been fueled by concerns about frequent new cases of coronavirus infection. “Everyone is afraid of the second wave of coronavirus infection, not only in the US, but also in Latin America, Brazil and Russia, and this is supported by a jump in prices of gold” explains Jigar Trivedi from the Indian brokerage company, Anand Rathi Shares. “People expect that central banks will adopt stimulus packages and the higher their value, the better the prospects for gold”, added Mr. Trivedi. Central banks around the world have already increased the value of stimulus measures while keeping key interest rates low to mitigate the effects of economic pandemic.

Everyone already knows that 2020 marks the beginning of a recession that will be felt around the world. The International Monetary Fund (IMF) has forecast that the vast majority of countries will see a decline in GDP this year. Thus, the IMF forecasts a decline of 5.9 per cent in the US and 7.5 per cent in the Eurozone. These data show that the this crisis could be a bigger blow to the world economy than the previous one, and it is increasingly likely that the consequences will be felt long after the end of the pandemic that caused it. In such an environment, investors want to insure themselves against rising inflation and falling currencies, so they are increasingly buying gold.

Is gold a remedy?

Gold has recorded a slight positive shift over the years, and in the last year, its price has exploded. Moreover, new records are being broken almost every week, seemingly casting a shadow over the conventional reasoning of the demise of gold. Panic in the financial markets generates growth in demand for gold, and this is a key variable in this case. This is a common practice, a kind of atavism that has managed to persist with some investors, often thanks to prejudices without a foundation. One of these is certainly the one about gold as effective protection against inflation, but facts largely deny it. Gold can serve as a heaven only in the face of galloping inflation, and this has not been the case for a long time.

A similar conclusion was reached by Harvey Campbell in his research entitled „The Golden Dilemma”, arguing that gold is not a particularly appropriate means of hedging against inflation. And more importantly, avid anti-gold economist Warren Buffett is right: technically, gold carries no yield (on the contrary, it implies storage costs), but depends solely on the supply-demand relationship, and as such is a suitable speculative instrument.

Even a cursory look at the relationship between the price of gold and the value of the S&P 500 index confirms this: back in 2012, an ounce of gold (compared to nominal prices) was worth more than the index, while today it can buy just over half the index. From the beginning of 2012 until today, the price of gold has risen by a miserable 9.8 per cent, while the value of the S&P 500 index has increased by as much as 146 per cent (to which should be added dividends paid, which makes the total return even higher).

The fear of inflation

Some investors fear a significant inflation increase, once the situation clears up and economic activity at the global level moves on, and therefore preventively accumulates assets in one way or another related to gold. Others opportunistically follow them, intensifying the momentum that pushes prices in an upward trajectory. The best proof of this is the performance of SPDR Gold Shares (GLD), the largest gold ETF: the performance of stocks overlaps perfectly with the movement of spot gold prices in the market (growth of about 35 per cent), but assets under fund management (Asset Under Management) grew even faster (a jump of 47 per cent), testifying to strong demand and high investor interest.

On the other hand, it is impossible not to notice the growing demand for gold in recent months. American Federal Reserves (Fed) has turned into one of the key factors in the positive trend in gold prices. Or to be more precise, gold has turned into a collateral „victim” of the extremely expansive (and interventionist) monetary policy of the Fed, which in every way hinders the growth of nominal interest rates (primarily by persistently buying government bonds) to ensure favorable conditions for economic recovery. And in this way, it indirectly pushes investors towards (nominally) riskier asset categories, such as stocks. Or gold. To make matters better, a similar policy is being implemented in practice by the European Central Bank, but also by the monetary authorities in the UK, Australia, and Japan, which is the progenitor of the Quantitative Easing (QE) policy.

Since the Fed has no plans to abandon its expansionary monetary policy any time soon (or so Jay Powell argues), and the coronavirus pandemic leaves no room for alternatives, the outlook for gold prices is largely optimistic. Goldman Sachs analysts are announcing that the current price of up to USD2,000 per ounce will stay for the next 12 months, and very similar estimates are being sought in Citigroup, while JP Morgan states that gold is currently one of the most suitable instruments in low-yield conditions. Analysts at Marrill Lynch expect the price of gold to rise by as much as USD3,000 by 2022.

The gold rush and the fear of the economic crisis

Investors in this precious metal have earned up to 200 per cent in just a few years during the last crisis, and many believe such a scenario could be repeated. The new crisis has shaken the confidence in the stability of the entire economy and caused fear of the so-called “ Greek scenario”. Namely, Greece was particularly hit by the financial crisis, and some predict that a similar scenario could befall many European countries in the upcoming crisis. The reasons for this are the relatively high indebtedness of the states, the cumbersome public sector that prevents the necessary reforms in some Central and Southeast European countries and burden on the state budget, the collapse of the tourism sector and the large number of company closures that many predicts may happen next year. Such a blow to the economy has created fears of the collapse of banks that base their operations on businesses and citizens who can repay loans. In Greece this fear led to the so-called bank run in which individuals, in fear of losing their savings, racked on ATMs, leading to a shortage of cash in many banks, which led the authorities to introduce a maximum daily cash withdrawal of only EUR60 per person.

An additional fear is created by the current situation in the labor market in America. Namely, the unemployment rate in the US reached 14.7 per cent at the beginning of May (in August it’s 10.2 per cent), which was the highest rate since the Great Depression and a higher rate than it was during the 2008 recession. As the last crisis has clearly shown, the European economy is linked to the American one, so many in Europe fear that a new crisis could be more devastating than the last one. Besides, the failure of the tourist season, the results of which will only be seen in the second half of the year, will reduce revenues of particularly Mediterranean countries not only for all those working in the tourism sector but also for the states, as it will decrease budget revenues. And this means that states will have to borrow more. The combination of all these factors contributes to the economic uncertainty that will surely mark 2020.

Among experts, but also the average citizen, the question arises — can the situation on the precious metals market be repeated in the future? Is it possible that again, if a new wave of COVID-19 breaks out, we will once again experience a shortage of investment gold? The answer to that question is not too complicated. Any extraordinary, unexpected situation that threatens economic activity or social balance can dramatically increase the demand for precious metals. Gold and silver are the heaven for capital in turbulent times. The stakes in gold and silver remain untouched by disturbances in society and the economy. Indeed, its value — as we have been able to witness — is growing in difficult times. That is why precious metals are an excellent means of insurance against such unexpected situations — or most of the investors tend to think so. 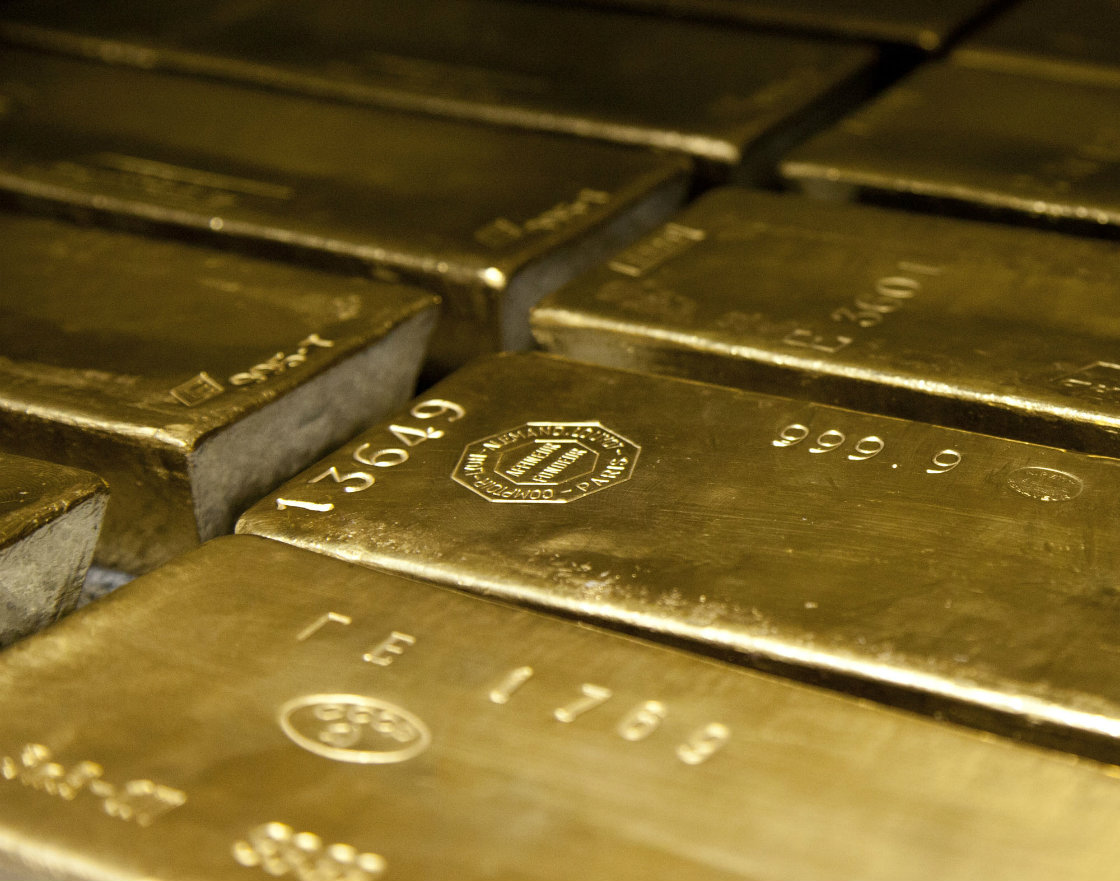