14.04.2016
The Bank of National Economy (Bank Gospodarstwa Krajowego, BGK) is exempted from the tax, but participates in the creation of the WIBOR. This could disrupt the market. 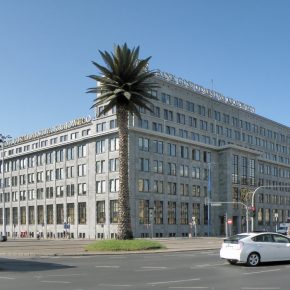 A new banking tax, imposed with fiscal goals in mind, covers, among other things, transactions on the interbank market. The negative consequences of that may prove more severe than the taxation of customer loans. The resulting tax revenue may not cover the systemic damage stemming from the destruction of the interbank system.

Thus far the discussion of the bank tax has focused on banks’ relations with their customers. Yet an analysis of the structure of the tax reveals other, much further-reaching consequences. It’s worth looking at the possible impact of such a comprehensive tax on bank assets, on the informational value of the interest rate and the resulting repercussions for all economic agents.

An important carrier of information

Recently we’ve been hearing about the informational value of interest rates in connection with the disclosure of the scandal involving a manipulation of the LIBOR, the London interbank interest rate. Banks involved in setting the reference rate had colluded, something that would have been less of a problem in the 1980s when the LIBOR was only used by professionals. However, over the past 20 years a much wider range of financial market participants, as well as entities not involved in finance, have started to use this index to determine interest payments.

That makes the LIBOR a very important carrier of information. The nominal value of instruments associated with LIBOR worldwide currently exceeds USD150bn. LIBOR’s popularity means in practice it has a greater impact than rates set by central banks.

The widespread use of IBOR-type rates (Interbank Offered Rate) does not result from any legal obligation. Instead, many years of market practice has made them valuable and popular because of the universal and synthetic information they carry.

The impact of the tax on interbank rates

In Poland, the main reference rate is the WIBOR. Estimates indicate it determines interest rates on about PLN600bn of credit transactions and about PLN6.6 trillion of derivative transactions. This is about five times more than the overall balance sheet total of Poland’s banking sector. The WIBOR is no less significant than the widely quoted WIG stock index or the exchange rate of the zloty against major currencies.

So far, the total difference between interest rates on deposits and loans remained at about 2.2-2.4 per cent. The banks used this margin to cover both operating costs and credit risk. The tax will reduce profit margins by 0.44 per cent per cent a year, i.e. by about one-fifth. For new transactions, banks will probably have to set prices to partially cover the loss in revenue. That means the tax will cause the price of loans to increase and interest rates on deposits to fall.

From the point of view of banks, there are three possible solutions:

In practice, we will probably see a combination of these activities. What will be the effect? Despite the interbank market shrinking significantly since 2008, it will now contract even more. From the point of view of banking sector, the reduction of the volume of transactions by PLN several billion would not appear to be significant, but that is misleading.

The reduction or disappearance of interbank transactions means the transactional base used to establish the WIBOR would be very small or nonexistent. In addition, the tax would distort the basis for determining the reference rate. Interbank transactions for periods longer than one day would most likely cease. The POLONIA reference rate determined on the basis of actual one-day interbank deposit transactions would function with almost no change, although there would probably be one-off „spikes” on the date of the tax’s calculation. However, the disappearance of longer-term transactions raises some questions: How to determine the WIBOR? How to verify whether the WIBOR is confirmed by reality? Both the effect of the missing transactional base and the increase in WIBOR due to the bank tax pose a very serious threat not only to the banking sector, but also to the economic system.

The increase in WIBOR would mean that loans indexed to this rate would automatically become more expensive. Article 14 of the tax law act states that it does not permit changes to the terms of existing transactions. The WIBOR is a variable accepted by borrowers, so in this case it is hard to talk about a change of terms. The lender does not have a direct influence on the value of the index. There are not many fixed rate loans in the Polish market, which would have provided a safeguard against the disadvantages mentioned above.

The change in the informational quality of the interest rates is even more complicated. Banks participating in the creation of the WIBOR should, by definition, have good credit quality and strong reputations. The new tax does not exempt such. As a result they will cease interbank transactions and/or will take into account the cost of the tax in concluded transactions.

At the same time, banks undergoing reorganization and cooperative banks are exempted from the tax. Although they will not include the tax in interbank transactions, such institutions are not active participants in that market as the risk is too high. Another bank exempt from the tax is the BGK. As a state-owned bank it is an institution with the highest credit quality on the Polish market. However, the BGK also participates in the creation of the WIBOR reference rate. This raises the question of how to interpret the WIBOR if the pool of banks creating it operates under extremely disparate conditions.

If we were to assume that institutions exempt from the tax would be able to create an interbank market, the price of money on such a market would be lower than the price in transactions between other institutions. The quality of the information conveyed by the WIBOR is distorted by the banking tax changes.

Consequences could be dire

There is still another threat: The potential increase in interbank market rates could cause an increase in the credit burden.

Derivatives transactions using the WIBOR and referring to the interbank market are not only those in which banks pay according to the WIBOR index. They also include the calculation interest on loans. Only one-third of WIBOR-related derivative transactions are registered in the books of banks located in Poland. The rest (about PLN4 trillion) is accounted for by foreign banks. In most of the transactions of Polish banks, the counterpart is a foreign bank. The transactions of Polish banks are almost exclusively concluded as a hedge, mitigating the risk of interest and exchange rate changes. They also secure financing (liquidity risk) of foreign currency loans held by Polish customers.

Contrary to the popular belief that Polish banks granted loans in Swiss francs while never holding that currency, it is worth recalling that in order to obtain long-term financing of foreign currency assets (including loans in Swiss francs), so-called CIRS (Cross-Currency Interest Rate Swap) transactions are used, in which parties physically exchange currencies for periods of up to 30 years (up to 10 years in Poland). In Poland, franc-to-zloty CIRS transactions (CHF/EUR) are based on the WIBOR for zloty payments and on the CHF LIBOR for Swiss francs.

For the most part, derivative transactions are subject to valuation, which determine their fair value — based on discounting expected future cash flows. Should the tax rate, which affects the WIBOR, be used for discounting?

In turn, balance sheet transactions are concluded with bank customers. The interest rate in these transactions determines the level of flows between the financial sector and the rest of the economy.

Transactions with foreign partners are usually based on framework agreements, used by financial markets regulate mutual obligations, rights and responsibilities for almost 30 years. When there is a significant change in the market (a credit event, a tax event or the occurrence of a force majeure), these agreements give each party the right to terminate active derivative transactions. The last time such a situation occurred on a large scale was during the collapse of Lehman Brothers. Other events such as the collapse of ENRON, the insolvency of Greece or Argentina, the introduction of taxes or a significant objective change in the operating conditions, may constitute grounds for the termination of transactions.

Domestic and international institutions are currently busy analyzing the new tax in this context. At this stage, it is difficult to know whether the Polish tax will be deemed a sufficient reason to terminate existing transactions. However, if that happened, the consequences would be grave. It would mean a one-off payout of the estimated value of the existing transactions, as well as great difficulty or even impossibility in further hedging against risk previously mitigated by terminated derivative transactions. If important market players fall out of this chain, there would be an increase in market risk, liquidity risk and credit risk. In international finance such events are seen as extreme events.

Do we know how to steer clear of trouble?

And here we arrive at a certain nuance distinguishing the Polish bank tax imposed on assets from bank taxes introduced in other countries. The rate of the Polish tax is very high, and it to assets and covers the interbank market. As a result, a very high risk has emerged of changes in the quality of information about interest rates, changes in the money circulation channels, and market structure.

In all countries where a bank tax was introduced, either its scale was much smaller, or interbank market transactions were exempted. In some countries, these were combined, which avoided a crisis with interest rates on the interbank market or reference rates. In Poland, this risk is significant.

In November 2015, at the Retail Banking Congress, after an extensive discussion, the Institute for Market Economics (IBnGR) formulated its position on the bank tax. One of the major issues was the balance between the tax’s fiscal function and ensuring an increase in the stability of the financial system. The factors described above could threaten that stability. The risks identified by the Institute for Market Economics could appear much sooner than many market participants expect.

If the goal is to avoid a crisis and not to allow for a deformation of this part of the market, which is crucial for the stability of the financial system, then mechanisms governing the financial market. Should be carefully studied. Regulators in other countries have been trying to avoid shocks that could spill over in an uncontrollable fashion through the leverage effect.

The bank tax undoubtedly has a fiscal function, and it will probably meet the objective set by parliament. However, there is concern that the shock to the financial and economic system triggered by the tax might destroy this system.

Tomasz Mironczuk and Piotr Mielus are employees of the IBnGR. They worked in banks from the mid-1990s. For the past four years they have carried out projects associated with the analysis of interest rates. They are market experts in the field of the reform of reference indicators. 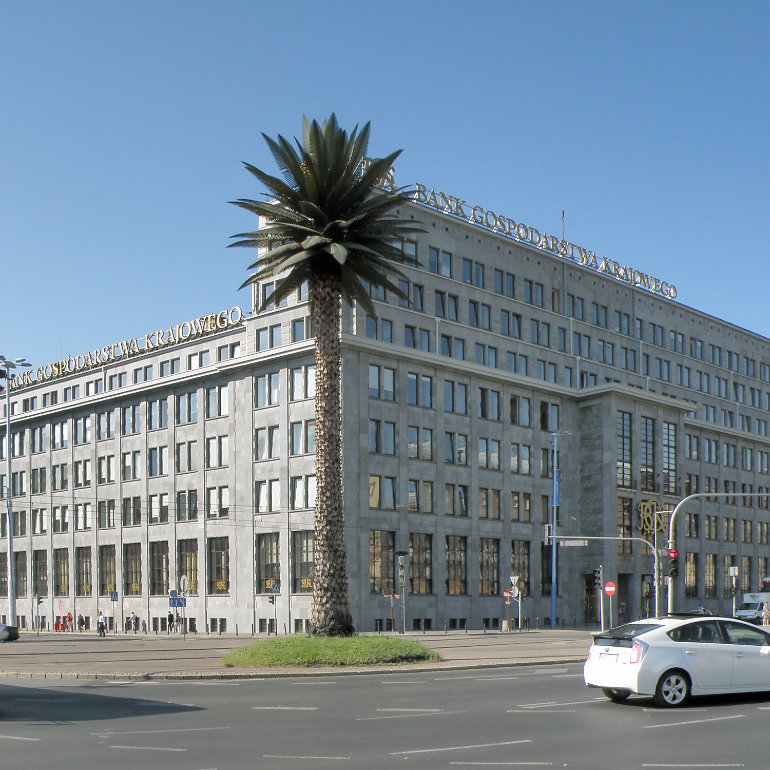