Ukraine and the IMF: rough friendship or preparations for divorce

23.01.2017
There is growing friction between the International Monetary Fund (IMF) and the Ukrainian government. The IMF wants the authorities to take meaningful steps to fight corruption in their ranks, and makes this a condition for further cooperation. 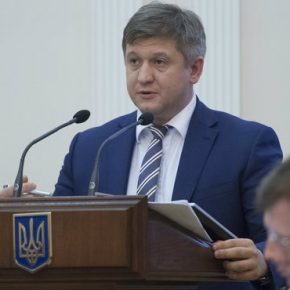 The government that previously gladly was passing the burden of IMF’s requirements onto the citizens is now intransigent. We don’t need the money from the International Monetary Fund – announced the Ukrainian Minister of Finance Olexander Danyliuk in November 2016.

„There will be no disaster. The tranche from the IMF does not go into the budget, but supplements the reserves of the central bank. The next one will be no exception. Even if we don’t receive it this year, there will be no need to seek money to make up for it,” he commented during the meeting of the government.

The minister’s reaction was prompted by the statement released by the IMF in summary of the work of the team of IMF experts, who visited Kiev at the beginning of November.

„Decisive steps need to be taken particularly to fight corruption, which remains the most frequently mentioned obstacle to doing business in Ukraine. While there has been progress in setting up new institutions, including the National Anticorruption Bureau of Ukraine, and the publication of high-level officials’ asset declarations was a major step, tangible results in prosecuting and convicting corrupt high-level officials and recovering proceeds from corruption have yet to be achieved,” declared the IMF. On the Dnieper River, this was interpreted as a demand for the privileged people from the ruling camp to be put „behind bars”.

Kiev was hoping for a positive decision on the granting of another tranche as part of the program of macroeconomic support approved in 2014 and worth USD17.5bn. Until now Ukraine has utilized USD7.7bn from the program. The price that had to be paid included drastic cuts in social expenditures and a „tariff reform” – increases in the prices of natural gas and electricity reaching several hundred percent and ruining the domestic budgets of the Ukrainian people. Ukraine was expecting to receive USD1.3bn from the IMF until the end of 2016.

It won’t be easy anymore

„The authorities hoped for a positive decision. But the answer from the IMF was a resounding ‘no’. The Fund is typically very diplomatic in its statements, but this time the rhetoric after the completion of the mission was unusually harsh. The IMF has shown that it does not believe in the Ukrainian government’s plans regarding the fight against corruption. We can currently see the Fund’s growing distrust towards the Ukrainian government. In addition, the IMF no longer says when its mission will come to Kiev again, but makes it clear that it won’t play the game anymore, if the Ukrainian authorities fail to seriously tackle the issue of corruption,” commented the Swedish economist Anders Aslund from the Atlantic Council.

Volodymyr Sydenko, an economic expert for the Razumkov Center, is also convinced that for the ruling camp the easy days are over.

„The IMF statement shows that Ukraine is carefully observed and that the declarations of assets have made an impression in the international organizations. It is unlikely that consequences will be avoided. It is possible that this case will be raised not only by the IMF, but also by the European Union,” he commented.

Ukraine is up against the wall

His opinions have already been confirmed in practice. Looking at the effects of the EU-Ukraine Summit, which took place at the end of November in Brussels, we can see that the EU policy makers have gained a stronger position towards Ukraine after it was pushed against the wall by the IMF. This allows them to openly demand that the authorities in Kiev implement unfavorable decisions.

The EU Commissioner for Trade Cecilia Malmström has issued the demand for the free export of raw wood ‒ which is associated with the exploitative logging of Ukrainian forests ‒ still during her September visit to Kiev.

If Ukraine wants to receive the next tranche of the loan from the European Union, it has to meet two conditions – lift the ban on the export of unprocessed timber ‒ confirmed Hugues Mingarelli, the EU Ambassador in Kiev. He added another condition – Kiev has to resume the payment of social benefits for internal migrants from the areas affected by the war.

Meanwhile, according to Kiev, the vast majority of the residents of the portion of Donbass occupied by pro-Russian militias who apply for the support are not real displaced persons. In reality they permanently stay in the territory remaining outside the control of authorities in Kiev, and are only registered in the offices controlled by the government. Those who have actually fled the occupied Donbass and Crimea are receiving benefits. In accordance with the Geneva Convention on the Protection of Civilian Persons in Time of War, the occupying power is responsible for the population of the occupied territory. Placing this responsibility on Ukraine is a way to enable Russia’s aggressive policy, shift the burden of war to Kiev and provide relief to Russia’s failing budget.

Even the highest officials in Kiev are divided on whether Ukraine needs Western macroeconomic support. The Minister of Finance who questions the need for an IMF loan was backed by the Minister of Economic Development and Trade Stepan Kubiv. He believes that Ukraine can cope without the EUR600m from the EU loan, because it is able to earn this much on its own on the processing of wood and the difference in the value of exported raw material and the exports of products derived from this material.

„If we process the raw material in this sector ourselves, then we will earn money for 10 such tranches, and we won’t need any macroeconomic assistance,” he commented.

Bohdan Danylyshyn, the Chairman of the Council of the National Bank of Ukraine, has a different opinion. „In spite of the ambiguous attitude concerning certain demands made by the Fund, I believe that in the current situation, Ukraine cannot give up cooperation with the IMF,” he commented in a text published by the weekly Dzerkalo Tyzhnia.

In the worst-case scenario, if which Ukraine does not receive USD1.3bn of the fourth tranche of the IMF loan and the EUR600m from the EU, the foreign exchange reserves of the central bank would remain at the level of USD15.5bn. This ‒ as Danylyshyn points out – does not cover four months of Ukrainian imports. In addition, in 2017 Ukraine will have to repay USD2.5bn of loans, including USD1bn loaned by the IMF a few years ago.

„Only an incorrigible optimist could believe that the failure to obtain an IMF loan will not affect the situation with the exchange rate and the prices, which to a certain extent depend on the exchange rate situation,” argued Danylyshyn. Experts are less defiant and point out the aspect of prestige in Ukraine’s cooperation with the IMF, rather than the financial concerns.

Meanwhile, Vitaly Shapran from the Ukrainian Association of Financial Analysts, believes that Ukraine does not need the support from the IMF. In his opinion, the government and the central bank should focus on the utilization of the funds that Ukraine has already received.

„We have enough financial resources, we still have the remaining part of the third tranche from the IMF, the macroeconomic aid from the EU and the funds from the World Bank. They are much more important than the IMF tranche, because they do not go in their entirety to the strengthening of the foreign exchange reserves, and some of this money can support operations in the real sector of the economy,” argued Shapran. He also recalled that the IMF funds are not free money, but a loan that will have to be paid back at some point.

The chairman of the Committee of Economists of Ukraine, Andriy Novak believes that while Ukraine no longer needs loans from the point of view of macroeconomic stability, it is not so much about the money from the IMF but about the cooperation with the Fund.

„The mere fact that the cooperation with the IMF is continued is of critical importance for us. Because our other lenders, investors and partners are influenced by the IMF. The tranche from the IMF is followed by loan guarantees from the United States for USD1bn and EUR600m from the European Commission” ‒ he assessed.

On the other hand, Mikheil Saakashvili, the former President of Georgia, currently leading the Ukrainian Movement of New Forces, argues that Ukraine should completely cease cooperation with the IMF.

„I wonder how dare the Europeans talk to us like that? Because we depend on their money. If we didn’t depend on handouts from the IMF every six months, then Ukraine could defend its position much more strongly. In Georgia we immediately asked them to leave,” he commented.

During the World Economic Forum in Davos President Petro Poroshenko said that he expects the fourth tranche in the coming weeks. Despite all the internal disputes Poroshenko is confident that Ukraine should have a good cooperation with the IMF „and it’s not just about money: the message for the investors is more important,” he added.

The dispute over the rationale of cooperation with the IMF will probably not end anytime soon on the Dnieper, and in the meantime the chairman of the Ukrainian parliament’s Committee on Industrial Policy and Entrepreneurship Viktor Halasiuk has revealed that it is not exactly clear what happened to the USD9bn in macroeconomic support from Western financial institutions, that was already accepted by Ukraine.

„I have received an unreliable response from the Ministry of Economic Development and Trade concerning the use of the international aid. The data is incomplete and is not available in a format that would allow for a comprehensive assessment of the results and effectiveness of the macroeconomic assistance,” he said.

As Halasiuk revealed, the Ministry did not provide specific amounts allocated to concrete entities, or a list of projects that were implemented with the use of the obtained funds, and there is also no description of the activities carried out or any evaluation of their effectiveness. It is therefore not possible for the parliament to conduct a comprehensive assessment of the effectiveness of the acquisition, utilization and monitoring of the international macroeconomic assistance for Ukraine ‒ commented the MP. 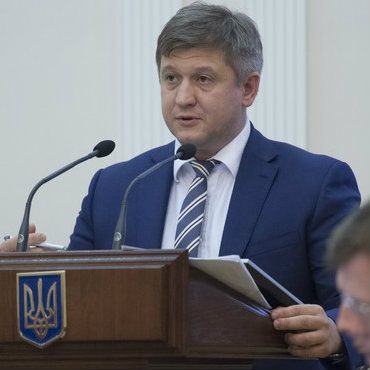