Ukraine to seek sale of nationalized PrivatBank in three-four years

11.01.2017
"It will take no less than three to four years for us to be able to talk about attracting investors to PrivatBank," said Kateryna Rozhkova, the Ukrainian central bank's deputy governor in an exclusive interview for the CE Financial Observer. 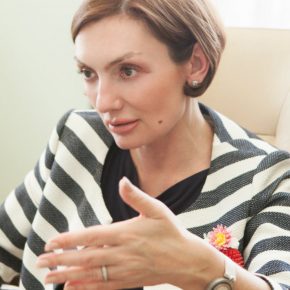 Ukraine’s authorities were forced to take over PrivatBank, previously controlled by oligarchs Igor Kolomoisky and Hennady Bogoliubov, after the lender’s failure to impose a three-year recapitalization program. According to the National Bank of Ukraine (NBU), the hole in PrivatBank’s balance sheet stood at USD5.6bn as of December 1st, 2016.

„The [Ukrainian] state does not need another bank. The bank needs to be stabilized, the situation with its assets and liabilities fixed, proper corporate governance imposed. After that we will be able to talk about attracting investors,” Rozhkova says.

After the nationalization of PrivatBank, state-owned lenders control around 52 per cent of the country’s banking sector (compared to 26 per cent a year before).

In February 2016, Ukraine’s finance ministry published a five-year roadmap for reforming the state-run banks. Specifically, the authorities believe that two core state-owned lenders – Oschadbank, the second largest bank by assets in the country, and Ukreximbank, the third largest – could sell up to 20 per cent of shares to a qualified investor or international financial institution via a transparent tender by mid-2018.

Rozhkova states that attracting investors will be possible in three to four years if the previous owners, Kolomoisky and Bogoliubov, fulfil the obligations that they had previously agreed to undertake regarding the restructuring of the bank’s corporate credit portfolio.

The two businessmen have committed to carrying out a restructuring program by the middle of 2017. But if they are able to successfully restructure 75 per cent of the portfolio, the NBU is prepared to offer an extension until the end of the year for the remaining 25 per cent, Rozhkova explains.

Previously, the head of the NBU Valeria Gontareva had announced that 97 per cent of the bank’s credit portfolio was comprised of loans to companies connected to the businesses of Kolomoisky and Bogoliubov, which was one of the reasons behind the bank’s catastrophic financial situation on the eve of its nationalization. Rozhkova confirms this percentage.

Meanwhile, the deputy governor emphasizes that this figure has been at this level from spring 2015 to the present day. The previous shareholders of PrivatBank were unable to lower the percentage of linked parties in the credit portfolio, despite having undertaken obligations to do so as part of a roadmap to the recapitalization of the bank.

PrivatBank disagreed with the assessment of the NBU. Oleksandr Dubilet, who was the bank’s chairman for many years up to its nationalization, said after the nationalization that the figure of 97 per cent “not only cannot withstand judicial scrutiny, but is also illogical”.

In the event that PrivatBank’s previous shareholders are unable to restructure the credit portfolio in the coming half-year, the now-state-owned bank will have the right to take into its ownership the few pieces of collateral that remain on credit agreements that are not being repaid.

Because the bank issued the majority of its loans to companies connected to Kolomoisky and Bogoliubov, it can be assumed that any such moves towards requisitioning will threaten many of their non-banking assets – from oil refining to the fuel trade to the media industry.

Meanwhile, some of the non-banking assets that are believed to have been controlled by the two businessmen are already on PrivatBank’s books: in particular, the ski resort Bukovel in the Carpathian mountains.

If the previous owners are unable or unwilling to carry out the restructuring of the bank’s credit portfolio, the state’s only available means of pressuring the businessmen will be legislation that confers responsibility to the owners for allowing the bank to go insolvent.

“After all, we know that the bank has gone bankrupt. It hasn’t entered liquidation because it has systemic importance”, Rozhkova says. At the same time, in the past two and half years in Ukraine, there have been no precedents of the owners of bankrupted companies being punished under this law. This is the case despite the fact that investigations have been announced by the law enforcement agencies.

“Essentially, the previous owners of the bank are now required to do what they should have done under the roadmap [for recapitalisation, signed with the NBU in February 2015]. If they had done this earlier, they would today have a working bank, and would simply be gradually ‘extinguishing’ their loans”, the deputy governor commented.

PrivatBank signed with the NBU a three-year roadmap towards recapitalisation and reducing the share of loans to connected parties in February 2016. According to this document, the bank was required to achieve a positive capital-adequacy ratio (CAR) by April 2016. However, according to Rozhkova, the bank only fulfilled this first requirement in September.

The bank also undertook an obligation to reach a CAR of 5 per cent by the middle of November. “However, an [independent] audit and our own monitoring returned figures that were absolutely unsatisfactory. In the meantime we had given PrivatBank an enormous amount of leeway, but the situation had gotten out of hand,” says Rozhkova.

At the same time, the liquidity of the bank was beginning to worsen. “There was a moment when it became obvious that it was necessary to take the decision [to nationalise the bank], if we wanted the transition to be a smooth one. Otherwise we would be risking serious problems with liquidity, panic [among the clients], and these could ‘infect’ other banks”, the deputy governor adds.

The NBU was unable to support PrivatBank with refinancing loans, because the bank had already received an extension for the repayment of UAH14bn of a UAH19bn loan issued previously by the regulator.

In the context of the rapid decline of PrivatBank’s financial circumstances, the NBU sent a proposal to nationalize the bank to the president and prime minister’s offices and the ministry of finance. “There was no opposition to our proposal. Both the president and the prime minister were aware of the problem. No-one expected that it could disappear by itself. What they had been hoping for is that the shareholders could sort the problem out independently”, adds Rozhkova.

After the NBU had elevated the issue to the highest political level, negotiations between the authorities and the shareholders concluded with a letter being sent by Kolomoisky and Bogoliubov, stating that they were unable to recapitalize the bank and requesting its nationalization.

In the letter the business also accepted an obligation to transfer the bank to the state having already prevented any disruptions in its operation, and also to restructure the credit portfolio by the middle of 2017, Rozhkova points out.

According to the deputy governor, the risk of the bank ceasing operation was one of the most important issues discussed among the NBU, the government and the president of Ukraine. „The letter from the shareholders stated that the bank would be transferred to us in working condition, so we did have a small amount of comfort”, she says. 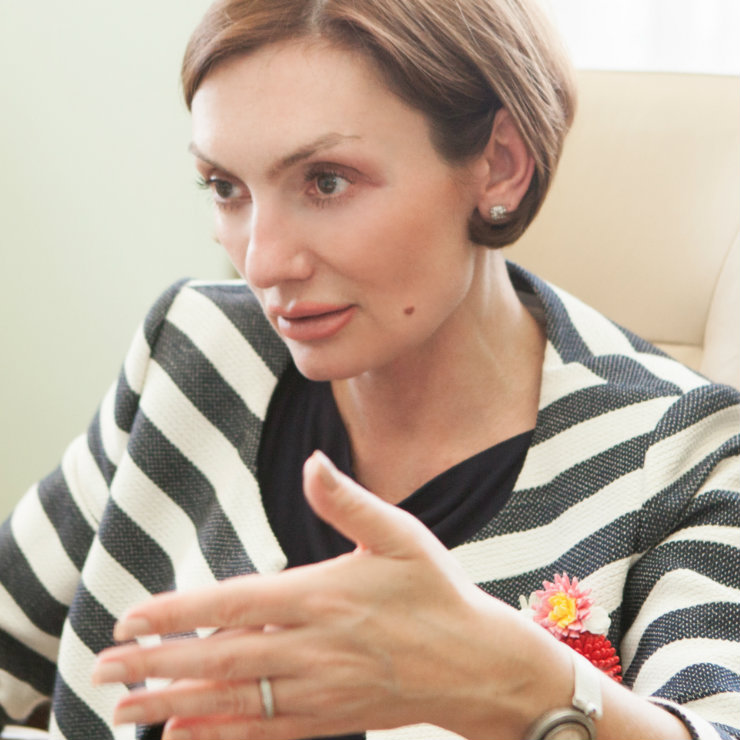