16.03.2020
The establishment of the banking union in the Eurozone means that banks are operating in a single regulatory environment, which is important especially in the case of cross-border banking groups. However, the banking union still lacks the planned third pillar, that is, a common deposit guarantee system. 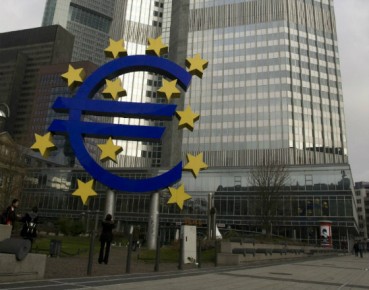 In November 2019, the European banking union celebrated the fifth anniversary of its existence. On November 4th, 2014, the European Central Bank (ECB) officially took over supervisory responsibilities as part of the Single Supervisory Mechanism. The project for the establishment of a common regulatory and supervisory area for the banking sector was a response to the crisis affecting the Eurozone at the time.

It was pointed out that the banking union is necessary in order to increase the credibility of the European banking sector, to reduce the fragmentation of the financial services market, and above all, to break the negative feedback loop between the financial condition of banks and the fiscal condition of the states (the so-called “vicious circle between banks and sovereigns”).

Union for the countries of the Eurozone

Upon its establishment the banking union covered the countries of the Eurozone , but remained open to European Union member states remaining outside the monetary union. Despite this invitation, so far not a single non-EUR country has decided to establish closer cooperation with the European Central Bank while continuing to remain outside the Eurozone.

It should be noted, however, that the banking union will soon be expanded to include new members, as Bulgaria and Croatia have already launched the procedures associated with the adoption of the common currency, which automatically entails their entry into the banking union. Romania has similar plans.

The reforms introduced as part of the banking union concerned both the institutional and the regulatory sphere. The quality of supervision was supposed to be strengthened through the transfer of supervisory powers from the national to the supranational level and the introduction of uniform banking regulations, known as the Single Rule Book, mainly in the form of the CRD/CRR legislative package.

As part of the institutional reform, the supervisory powers were transferred to the European Central Bank. Thus, as the supervisory authority, the ECB has the exclusive competence to grant and withdraw banking licenses, to conduct supervisory reviews and on-site inspections, to evaluate transactions for the purchase and sales of large blocks of bank shares, and to ensure compliance with EU regulations in the area of prudential supervision of banks. The ECB also has competence in the field of macro-prudential supervision.

The ECB directly supervises the largest banks, classified as the so-called “significant institutions”. This is a group of 116 banks whose assets represent almost 82 per cent of the total assets of the Eurozone banking sector. Meanwhile, smaller banks, classified as “less significant institutions” are still supervised by the national supervisory authorities, albeit in close cooperation with the ECB. In this case the European Central Bank’s supervision is exercised indirectly. However, the ECB may at any time decide to supervise any such “less significant” bank directly.

Such a situation occurred in April 2019, when the EBC took over direct supervision of the Latvian bank AS PNB Banka. This decision was made at the request of the Latvian regulatory body (Latvian Financial and Capital Market Commission), which wanted to avoid further conflict with the bank, after it was punished for a violation of anti-money laundering regulations. However, in August 2019 the EBC ultimately determined that the bank was “failing or likely to fail”. Since this was not a bank of systemic importance, it was subjected to a liquidation procedure under Latvia’s national bankruptcy law.

The Banking Union is not limited to the Single Supervisory Mechanism. It also includes the second pillar known as the Single Resolution Mechanism (SRM), with the Single Resolution Board as the main body responsible for the resolution procedure. The SRM was established a little later, in 2015. The main objective of the SRM is to ensure the orderly resolution of failing banks with minimal negative effects for financial stability.

The SRM has already had first experiences in this respect when in June 2017 the process of resolution was applied in relation to the Spanish bank Banco Popular. The procedure permitted to ensure the continuity of the bank’s critical functions and to maintain financial stability at a minimal cost, i.e. without using any resources from the Single Resolution Fund or any public funds.

The aforementioned Single Resolution Fund is a special fund managed by the Single Resolution Board and financed with contributions from the banks operating in the banking union. The resources from the Fund can be used to support the conduct of a resolution procedure. The target size of the Single Resolution Fund was defined as 1 per cent of the guaranteed deposits of banks operating in the banking union, which roughly corresponds to the amount of EUR60bn. This target is supposed to be reached by January 2024. The total amount accumulated in the Fund thus far is about EUR33bn.

After five years of the banking union’s existence we may analyze effects of this reform. Has the quality of supervision in the Single Supervisory Mechanism actually improved and have the banks operating in the banking union become more resistant to adverse shocks?

Due to the introduction of uniform banking regulations and supervisory practices, the banks are now operating in a single regulatory environment, which is important especially in the case of cross-border banking groups. The importance of this aspect is confirmed by the fact that the Swedish banking group Nordea decided to move its headquarters to Finland in order to be covered by the jurisdiction of the Single Supervisory Mechanism/Single Resolution Mechanism.

But it’s worth taking a look at the data. Each quarter the ECB publishes the Supervisory Banking Statistics, which constitute a summary of data concerning the condition of the “significant institutions”. These data indicate that the capital position of banks has improved under the ECB’s supervision, as evidenced not only by an increase in capital of more than 15 per cent, but also the improvement of capital adequacy ratios.

In the analyzed period the total capital ratio increased from 15.8 per cent to 18 per cent, and the Common Equity Tier 1 Capital Ratio (defined as the “highest quality component of a bank’s capital”) increased from 12.7 per cent to 14.3 per cent. Moreover, the data from the ECB indicate that in the Q2’15 the Tier 1 Capital Ratio was lower than 10 per cent in 8 banks and exceeded 20 per cent in 13 banks. Meanwhile, in the Q2’19 only three banks recorded Tier 1 lower than 10 per cent, while the ratio was higher than 20 per cent in as many as 25 banks.

The banks’ liquidity position also improved significantly, which is illustrated by the liquidity coverage ratio of 146 per cent. The ECB’s activities aimed at reducing the volume of non-performing loans have also been successful. The non-performing loans ratio was reduced by a half, to 3.5 per cent. In this way the amount of NPLs dropped from EUR1 trillion in the Q2’15 to EUR600bn in the Q2’19.

Nevertheless, in several European Union member states, such as Greece, Cyprus and Portugal, the NPLs ratio still exceeds 10 per cent. Some negative trends are also visible, such as the increasing cost-to-income ratio and the decreasing return on equity ratio. Still, the overall picture of the condition of banks supervised by the European Central Bank is rather positive.

Banks have to face new challenges

However, as noted by Andrea Enria, the Chair of the Supervisory Board of the Single Supervisory Mechanism, “the banking union is far from complete and the banking sector remains largely segmented along national lines.” The Eurozone banks are forced to operate in difficult conditions. Especially the policy of near zero or even negative interest rates, which has lasted for quite a long time now, adversely affects the profitability of lenders.

Additionally, new regulatory requirements are constantly being introduced. Although they are intended to further strengthen the banking sector, they also increase the operating costs of banks, thus forcing them to reorganize. Moreover, banks also have to face new challenges resulting from the emergence of new technologies, competition from the fintech sector, cyber risks and climate-related risks.

Further efforts are therefore required in order to complete the banking union. In particular, the banking union still lacks the planned third pillar, that is, a common deposit guarantee system with the European Deposit Insurance Scheme as its main component. Work on the establishment of the European Deposit Insurance Scheme has been in progress since 2015, when the European Commission presented the proposal of a regulation covering this matter. However, some countries of the banking union object to the idea of shifting competence related to deposit guarantees to the supranational level. This group includes, in particular, the countries of the Northern Europe, which do not want to cover the costs of poor bank management in the countries of the Southern Europe.

As a result of lasting differences in views on whether the European Deposit Insurance Scheme should be introduced, what should the time-frame for its implementation be, and what should the model for its functioning be, the third pillar of the banking union still remains in the conceptual stage. However, the completion of the banking union will require not only the establishment of the European Deposit Insurance Scheme, but also the regulation of a number of other issues, such as the harmonization of bankruptcy laws, the introduction of changes to the regulatory treatment of sovereign debt exposure, the provision of liquidity in the resolution procedure, as well as greater coordination in the fight against terrorism and money laundering. It seems that work on these issues will be continued at European Union level in the coming years.