From Ukraine to the space

13.06.2019
The Eastern and Western space programs have long been dependent on the Ukrainian space sector. Now the Ukrainians are successfully taking over new market niches. 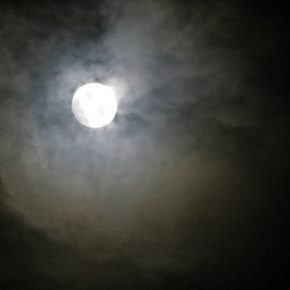 At the end of November 2018, the American space agency NASA published a list of companies that will supply research equipment to the surface of the moon as part of the Commercial Lunar Payload Services program. A total of USD2.6bn will be distributed between these entities. The list of selected companies include Firefly Aerospace, which was purchased by a Ukrainian businessman last year. Firefly is preparing for the construction of a carrier rocket and a lunar lander — the first trials are to take place next year, when the Ukrainian engineers gain access to the American spaceport. Although the company’s main office is located in Texas, all of its scientific and research facilities, as well as the experimental and design center, are located in Ukraine.

Almost at the same time, NASA’s Russian competitor, Roscosmos, published a report on its activities for 2017. Instead of the planned 24.5 per cent share in the global exports of the aerospace industry, the Russians only managed to achieve an 8.5 per cent share, i.e. one-third of the plan. They admitted that the problems caused by the restriction of supplies of components from Ukraine, were among the reasons for the decline in the Russian space industry’s ability to compete on the global market.

In 2017, two Rokot rockets — equipped with a Ukrainian-made Briz upper stage — were supposed to carry the Russian Gonets-M and the European Space Agency’s Sentinel 3B satellites to orbit from the Plesetsk cosmodrome in Russia. However, the launches had to be postponed “due to non-delivery of the Briz-KM rocket block components by the Ukrainian contractors”. Meanwhile, in light of the problems with the lack of Ukrainian components, the entity that commissioned the launch of the Inmarsat ES satellite into orbit withdrew the order and chose the French Ariane rocket instead.

These two reports from the opposite side of the world show the importance of Ukrainian specialists for the global space industry. Meanwhile, the conquest of space is, incorrectly, associated almost exclusively with two countries: the United States and Russia. Poland gave the Russians Konstantin Tsiolkovsky, the founding father of modern astronautics. Meanwhile, Ukraine contributed Sergei Korolev, the main designer of Soviet space rockets, born in Zhytomyr to a Belarusian-Ukrainian family. The same applies to the former Soviet, and now Russian, space and rocket industry, which largely relied on Ukraine and still does. The main centre of the space industry also has Polish-Ukrainian roots. In 1585, the Polish king Stephen Báthory gave the settlement of Samar on the left bank of the Dnieper river to the Cossacks. Half a century later, the last redoubt of the Polish-Lithuanian Commonwealth — the Kodak fortress — was erected on the right bank of the river. Over time, the city of Dnipro developed there [until 2016, the city was known as Dnipropetrovsk, editor’s note]. It is the HQ of the main aerospace companies of Ukraine.

There are currently 24 companies operating in Ukraine’s space sector. The largest of them are the Pivdenmash plant based in Dnipro, which is involved in the construction of rockets, satellites and their components, as well as the Pivdenne Design Office, which specializes in designing space technology.

Since 1991, Pivdenmash has produced 140 rockets that carried 370 satellites from 25 countries into the earth’s orbit. In the years 1992-2003, within the framework of Ukrainian-Russian cooperation and in cooperation with the Russian Ministry of Defence, Pivdenmash and the Pivdenne Design Office created the “Dnipro” program, designed to carry satellites into orbit on the basis of the liquidated Soviet strategic ballistic missiles. It is not widely known that the Dnipro rockets, launched from the Baikonur cosmodrome in Kazakhstan and from the Yasny launch base in Russia, are produced in Ukrainian plants.

Since 2008, Pivdenmash has been cooperating with the American company Orbital ATK Inc. as part of a program for the construction of the Antares rocket, which services the deliveries of cargo to the International Space Station. The Ukrainian company has so far delivered 14 first stage rockets and is preparing to extend the contract until 2025 and to build 12 further rockets.

Cooperation with the United States may be further strengthened in connection with the sanctions against Russia, which have been in force since 2014. The Americans are planning to stop using the RD-180 rocket engines utilized by the Atlas 5 rockets. In 2015 Pivdenmash participated in a competition announced by the Unites States for the design of substitutes for the Russian engines. The company submitted the proposal of the Ukrainian RD-815 engines. Talks concerning cooperation in this field are ongoing.

However, not everything is as good as it seems — a few years ago, Pivdenmash was focusing on cooperation with the West. The company planned a strong entry into the markets of the United States and the European Union. Contracts were also concluded with India and South Korea. The company also launched activity in the energy sector — it planned the construction of wind farms and components for solar power plants, which was supposed to provide an income of EUR500m per year.

Unfortunately, the company started encountering difficulties in 2011. Between 2011 and 2014 the revenues decreased from USD237m to approximately USD30m.

The Ukrainian space agency Ukrkosmos informed that after the first half of last year, the Ukrainian space industry grew by 12.7 per cent y/y, which means that it expanded several times faster than the Ukrainian economy as a whole. In total, its revenues amounted to UAH2.1bn (USD77.3m). However, the rate of expansion was lower than a year earlier, in 2017 production was 26.3 per cent higher than in 2016.

Almost 17,000 people were employed in the enterprises manufacturing rocket technology. However, the statistics indicated an outflow of employees — the main cause of the decline in employment were the relatively low wages, resulting from the under-utilization of the enterprises’ production capacities and the transition of some of them to a reduced working week, or “other forms of optimization of labor costs”.

The outflow of workers is not surprising, since the average salary in such a technologically advanced and high-skilled sector amounted to UAH8,223, while the capacity utilization rate only reached one third. The local media have been describing the problems of employees who have not received their wages for months — at the beginning of last year, the accumulated delay in this regard reached five months and the employees only worked two days per week.

Despite these problems, in December 2018, the Pivdenne Design Office opened a modern computing center designed for the purposes of space project engineering. It enables the performance of 300 teraflops of operations per second, which gives it a spot among the world’s twenty fastest supercomputers. At the same a testing center for satellites was launched. It allows the researchers to simulate in laboratory conditions the loads that the satellites have to withstand during their launch into orbit. Meanwhile, in early January a satellite assembly department was opened, enabling the creation of a full cycle of their design, production and testing.

Cooperation with Russia in spite of the aggression

These circumstances encourage close cooperation with Poland, which intends to develop its space sector together with Ukrainian partners. Polish-Ukrainian cooperation within the space industry could benefit from the modern scientific and manufacturing base, as well as the qualified employees. What may stand in the way, however, is the pervasive corruption in Ukraine. In early December, the National Anti-Corruption Bureau of Ukraine (NABU) announced that two persons had been accused of embezzling more than USD8m from the accounts of the state-owned company Ukrkosmos. According to the NABU, “in the years 2011-2017, the suspects organized a criminal scheme as part of which they siphoned off abroad and laundered the amount of USD8.245m provided under a loan by the Canadian Export Agency and allocated for the construction of a carrier rocket at the Pivdenmash plant. These actions led to a delay in the launch of the first Ukrainian satellite Lybid, which was one of the elements in the plan for the development of the National Satellite Communications System of Ukraine.”

Another problem may be posed by Russia, which is boldly reaching out to the Ukrainian space industry. In spite of the Russian aggression against Ukraine, experts from the plants in Dnipro are still involved in securing the Russian nuclear arsenal — the technical maintenance of the SS-19 Satan missiles is being carried out by engineers from Pivdenmash and the Pivdenne Design Office. Cooperation with Russia started gaining momentum in the past year. In spring, Pivdenmash signed a contract for the construction of 12 Zenit rockets with the company S7 Sea Launch Ltd., in which a 95 per cent stake is held by the Russian state-owned company RKK Energia. Sea Launch intends to provide commercial satellite launching services from a platform in the Pacific Ocean.

The management of S7, the Russian company, previously complained that the construction of rockets had been halted as Ukraine was blocking their export to Russia. In mid-October, it turned out that the Russian aggression against Ukraine does not prevent fruitful cooperation. The representatives of the Russian company S7 Space visited the Pivdenmash and the Pivdenne Design Office plants in order to conduct an on-site assessment of the work on the ordered Zenit rockets. Among other things, they viewed the production departments, which constitute Ukraine’s state secret, and which officially cannot be accessed by foreigners. Issues of Russian supervision over the production process were also discussed. According to Ukrainian sources, it is possible that as a result of these talks the Russians will establish a permanent presence at the plants. 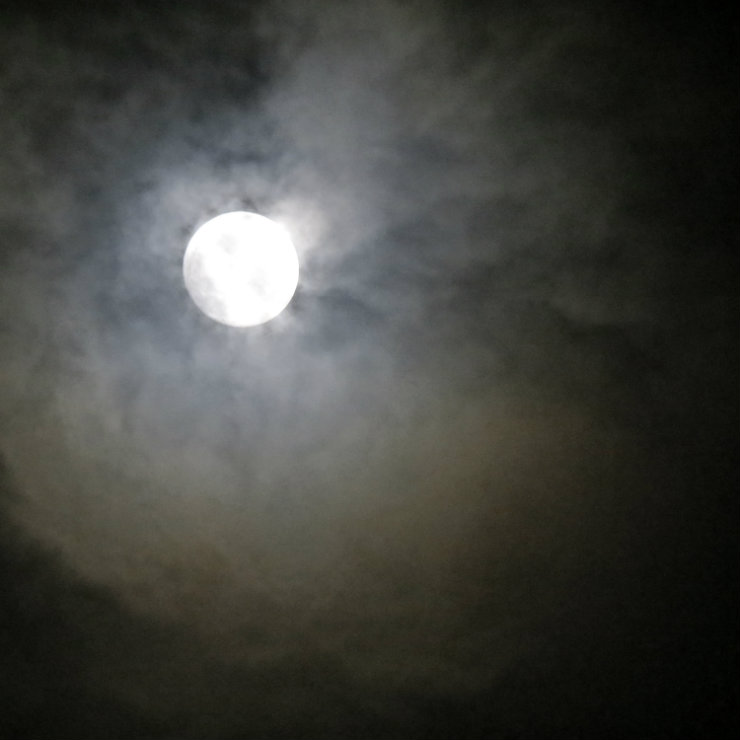 Category: Macroeconomics 27.05.2019
The Ukrainian government is trying to stop the emigration to the West, including Poland. However, there are few signs that the it could succeed in its efforts.