06.03.2020
Over recent years, increasingly stringent rules have been introduced to reduce contamination of fuel used in maritime transport. These activities affect the global structure of trade in crude oil and can increase shipping costs. 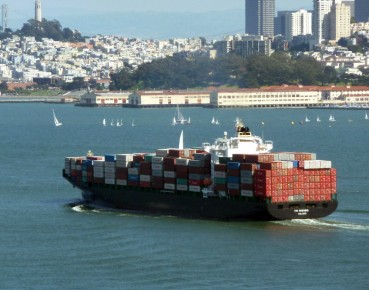 New international regulations limiting the sulphur content in fuel combusted in ocean-going vessels from 3.5 per cent to 0.5 per cent came into force on January 2020. They have a direct impact on ocean-going vessel operators, oil-processing refineries and on global financial markets trading in commodities.

Operators who do not comply with the changing regulations within the determined time may be fined and their representatives may even be imprisoned. Individual ports have already deployed appropriate drones to detect increased levels of pollution.

The combustion of bunker fuel (so far used on a large scale in tankers and transporters) generates sulphur dioxide, which is recognized as a precursor of acid rain. It also adversely affects human health, causing asthma. As a consequence, international organizations have for many years tried to reduce the amount of this compound in marine fuel. Over the years, they introduced increasingly stringent legal regulations which restricted the ability of transporters using highly contaminated fuel to navigate across open ocean waters.

These regulations were gradually implemented into the legal systems of individual countries. In the implementation of these activities, the International Maritime Organisation (IMO), one of the agencies of the United Nations (UN), plays a particular role as it noticeably promotes the establishment of high standards for maritime navigation.

“The IMO 2020 regulations are one of the most fundamental and radical product specification changes experienced by the oil industry, affecting both raw material shipping and its refining,” said Torbjorn Tornqvist, the CEO of Gunvor Group, one of the world’s largest companies trading in oil and natural gas.

However, these are not the first steps taken by this organization to protect the environment, as already in July 2010, IMO has marked out an emission control area in which the sulphur level was initially reduced from 1.5 per cent to 1.0 per cent and subsequently in July 2015 — from 1.0 per cent to 0.1 per cent.

The areas covered by the program include the coastal waters of the east and west coasts of the United States and Canada, the coastal waters of Hawaii and the Caribbean, as well as the Baltic Sea and the North Sea in Europe. Moreover, the Chinese have singled out small marine areas off their coast where similar restrictions were also introduced. 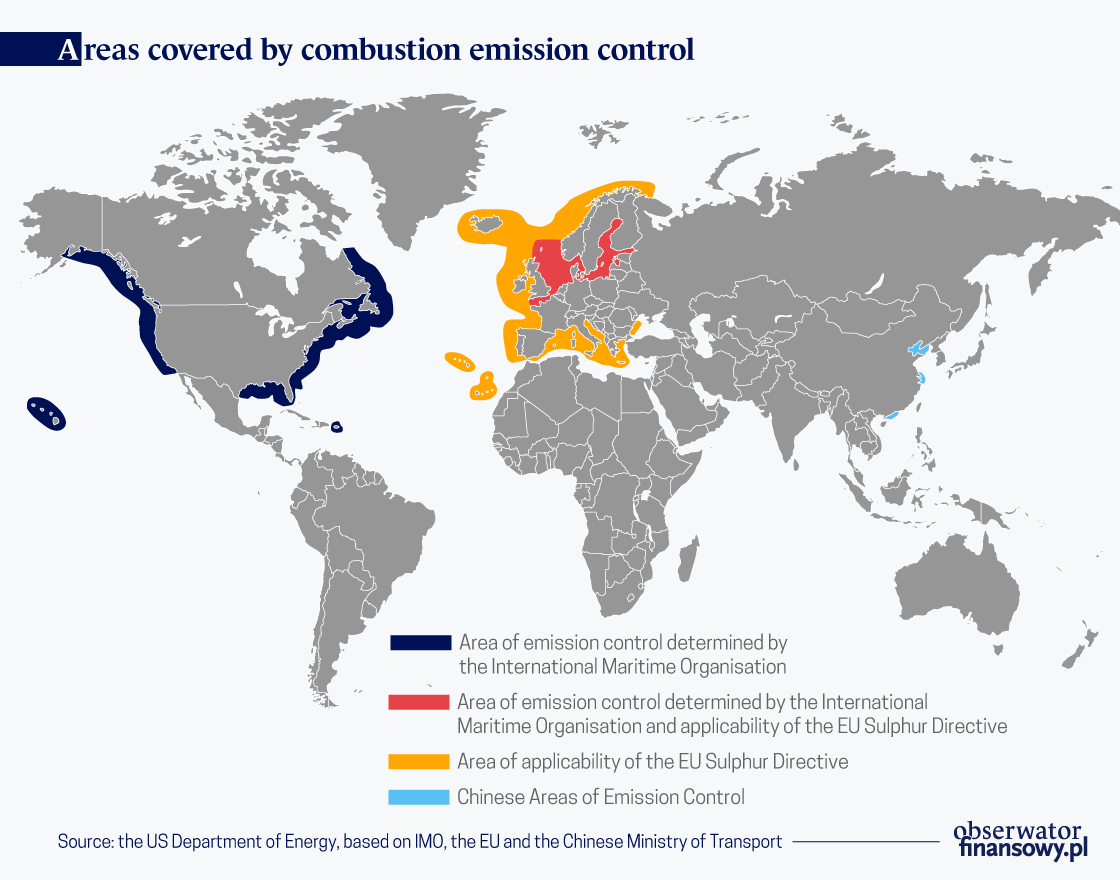 The process of implementation of the changes has been phased in over time so that oil market players (including the transport sector) could properly adapt to it.

Vessel operators had several options to achieve compliance with the new sulphur combustion limits set by the IMO 2020 regulations within the determined time limit.

One of such options was to replace the fuel with fuels of lower sulphur content. Another option was also a possibility of using “scrubbers” to remove the resulting pollutants from vessel exhaust gases, which would allow them to continue using fuels with a higher sulphur content.

However, such a solution involving the installation of scrubbers in ocean-going vessels is costly and may have a significant impact on the vessel’s operating costs. Ship-owners also had the third option of switching to burning fuels other than those produced from crude oil.

Indeed, some newer ships and some vessels currently under construction have a built-in dual-fuel engine that allows them to use fuels which do not originate from crude oil, such as liquefied natural gas (LNG), which has to be slightly pre-modified.

However, the problem lies in the infrastructure for handling LNG as marine fuel, since it is currently limited both in terms of scale and availability. The number of such vessels in use is therefore still very low.

The introduction and implementation of regulations does not mean that all market participants will fully respect the new rules. Some delays and pathologies may occur, mainly at the beginning of applicability of the new regulations. According to market analysts, despite the introduction of financial penalties, initially some moral hazard may occur. Industry estimates indicate that around 10-15 per cent of the total transport fleet will not comply with the rules starting from the beginning of January 2020.

It should be remembered that refineries and transport companies have already spent billions of dollars to prepare for the introduction of the IMO 2020 regulations. For law-abiding companies, fraud committed by others is a big problem.

As Bloomberg indicates, not all countries in the world have signed the new regulations. In South Africa, which is situated on an important shipping route connecting the eastern and western hemisphere, no internal rules are in force yet to penalize ocean-going vessel owners who do not comply with the requirements.

The United Arab Emirates, an important oil hub in the Middle East, is also trying to avoid enforcement of the regulations for the time being.

This is a serious problem since the regulations introduced have an impact on the global structure of oil trade whereas non-complying entities may gain additional revenue. According to the International Energy Agency (IEA), the market for bunker fuel used by oceanic vessels which accounts for the largest part of the global marine fuel market, is estimated at around 3.9 million barrels/day.

A decrease in the demand for this type of fuel and certain market mismatches resulting from, among others, the commissioning of vessels for overhaul (lack of an adequately large fleet of transport vessels), the need to clear their tanks of sediments deposited at the bottom or the installation of cleaning scrubbers, may increase the costs of maritime transport.

According to IHS Markit, a consulting firm, the projected cost of shipping a unit of goods (TUE — a unit of capacity used for ports and vessels) from Latin America to Europe could increase by the USD26. Moreover, the price of a weekly ship cruise may increase by the USD130 per cabin.

In the case of oil refineries and adjustments in this market, analysts believe it is still too early to determine precisely who will the biggest winner and loser in this group be since there are thousands of variables that form their profits — more than 600 types of oil and many methods of ordering and blending of raw material types.

The regulations have just entered into force, and there are already signs that the change has an impact on maritime logistics. In Singapore, the world’s largest oil loading center, vessels had to wait longer than usual to pick up bunker fuel. Similarly, the government of Gibraltar said that there was a shortage of tanker barges.

The IMO 2020 rules redefine the key trade routes in the global markets of petroleum products. The historic flow of sulphur-rich fuel from north-western Europe to Singapore — the world’s largest transshipment hub for oil — has almost disappeared. Instead, the supertanker fleet has gathered near the island’s shore with millions of tons of new cleaner refinery products on board, coming from suppliers around the world. Moreover, traders use ageing vessels to act as sea tankers and blending stations for marine fuel in anticipation of even stronger price increases.

According to the Vortex report, the number of supertankers used for floating oil storage and blending operations off the coast of Singapore has more than doubled to the level of 23 since early 2019. The floating storage capacity currently amounts to 6.9 million tons of petroleum products. Vessels maintain a mixture of high and low sulphur fuel oil, including VLSFO, together with crude oil and diesel oil.

The reason is that offshore fuel storage gives traders greater flexibility to respond to market changes. In addition, a considerable part of the stocks which the forwarders do not want any longer is sent to US refineries for reprocessing. “Taking into account that 90 per cent of global trade takes place by sea, it is very important,” said Robert Hvide Macleod, the CEO of Frontline, one of the world’s largest supertankers. “This will certainly disrupt the existing peace and result in some bottlenecks at early stages of the supply chain and logistic constraints in terms of sourcing marine fuels.”

In general, fuel is the highest single shipping cost and new types are sold more expensively than the old variety. “I think that we are soon going to see how it will affect global trade in terms of waiting days and rising costs,” added Sadan Kaptanoglu, President of BIMCO, the world’s largest shipping association. “In extreme situations, chaos may ensue in which fuel shortages can delay cargo delivery, and non-compliance by vessels may end up with penalties imposed in ports and court proceedings.” 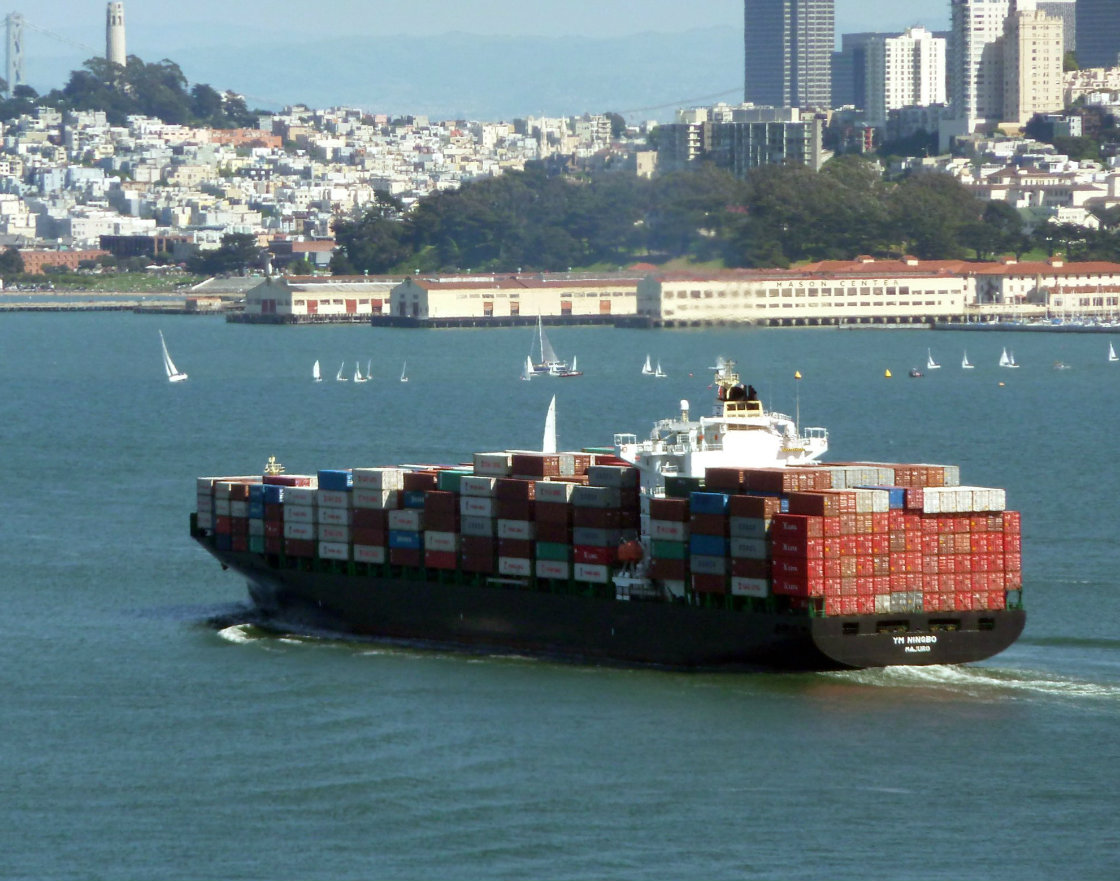 Category: Business 15.03.2019
In order to diversify its sources of crude oil supply, Poland is importing less oil from Russia and more from other countries, such as Kazakhstan, Nigeria and the United Arab Emirates. 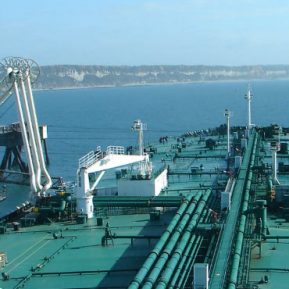 Category: Business 03.04.2019
The blockade of Ukrainian ports on the Sea of Azov could have serious consequences for country’s economy. One solution would be to reroute the flow of goods to ports located on the Black Sea. 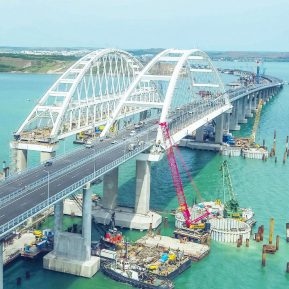