How will we fly after the pandemic?

27.05.2020
All airlines are reporting slashing revenues as global air traffic comes nearly to a halt due to the pandemic. Now as many governments are beginning to slowly roll back the lockdown measures, airliners are preparing themselves for a post-corona environment. 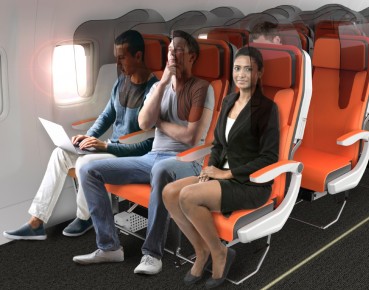 Although different regions of the world have seen the rise in the amount of infected people by the virus at different time and pace, all major global transport hubs have eventually come the same point — facing a near standstill in air traffic. For example, the United States’ Transportation Security Administration posts daily checkpoint travel numbers at all airports across the US. For each day, an amount of people checking-in at US airports for 2020 is compared with the same day in 2019.

On March 1st, 2020 nearly 2,3 million passengers checked-in at the US airports, a figure comparable to the one for the same day in 2019. However, only 2 months later, on May 1st, the amount of passengers went down to 171,563, compared to more than 2,5 million on the same day in 2019. The fall in passenger air traffic began in the second week of March, and hasn’t stopped since. The number of travelers screened at the US airports has fallen by more than 96 per cent since then, compared to the same period last year.

According to a recent report published by SITA, a specialist in air transport communications and IT, the number of flights from April 2020 dropped by almost 80 per cent globally and more than 90 per cent in Europe compared to the same period last year. The estimated lost revenue will be in the region of USD314bn, a 55 per cent drop y/y, according to the report.

And data coming from individual airliners seem to confirm the forecast. For example, one of the major airlines in the United States, Delta Airlines, released financial results for the Q1’20. The airline reported a pre-tax loss of USD607m, expecting much heavier losses in the Q2.

Passengers skeptical to return on board

Although the restrictions imposed by governments on personal movement are slowly beginning to loosen, some people remain cautious about flying in a near term future. According to a chart recently published by the International Air Transport Association (IATA), passenger confidence in air travel remains relatively low. In an April survey carried out in 11 countries nearly 50 per cent of respondents said that they would wait a “month or two” before returning to air travel.

Moreover, according to a market research company Hopper Media, future air travelers will demand more flexibility from the airliners. In an Early April Outlook on future Leisure Travel, the company researchers say that “for many travelers, flexibility has become a critical factor in their decision to travel, with more than 50 per cent of travelers claiming the ability to cancel their trip or change dates after booking with a minimum penalty will be most important the next time they book travel.”

Many airliners have already adjusted to the situation and removed change fees and make cancellations as easy for the travelers as possible.

Since there is no global standard of what is expected from airliners, different companies seem to react differently to the current situation. According to the Financial Times, Airbus plans to deploy a jellyfish-resembling device constructed by a neurotech start-up Koniku that uses living biological cells to sniff dangerous chemicals and bombs at the airport. According to the newspaper, multiple odor-detection sensors will be placed in select airport screening tunnels already later this year. The technology is currently in its prototype stage. “The technology, that uses silicon processors bolstered by living cells, will first be used to “smell” hazardous chemicals. It later might be able to sniff out diseases such as the COVID-19,” Financial Times reported.

In the United Kingdom, researchers are training dogs to detect COVID-19. “The team has begun preparations to intensively train dogs so they could be ready in six weeks to help provide a rapid, non-invasive diagnosis towards the tail end of the epidemic,” London School Hygiene and Tropical Medicine posts on its website. “It’s early days for COVID-19 odor detection. We do not know if COVID-19 has a specific odor yet, but we know that other respiratory diseases change our body odor so there is a chance that it does. And if it does dogs will be able to detect it. This new diagnostic tool could revolutionize our response to COVID-19,” says Professor James Logan, Head of the Department of Disease Control at the University. The British scientists hope that, provided that the research proves successful, COVID-19 detection dogs could be used at airports at the end of the epidemic to rapidly identify people carrying the virus.

Meantime, as Bloomberg reports, London’s Heathrow, Europe’s busiest hub, “is testing a thermal detection system intended to identify people with the virus, technology that’s been used in Asia for years.”

In Italy, Avio Interiors, a designer company of aircraft cabin interiors and passenger seats, has recently introduced a social distancing-friendly seating model. The Janus Seat is “distinguished by the reverse position of the center seat of the triple to ensure the maximum isolation between passengers seated next to each other,” the company says on its website. “While passengers seated on the side seats, aisle and fuselage, continue to be positioned in the flight direction as usual, the passenger sitting in the center is facing backwards.”

Generally airlines say that blocking whole rows of seats or the middle seats to keep the distance between passengers is not feasible. According to IATA planes would then fly no more that two-thirds full. But to brake even they need 70 per cent of passengers on board.

Many countries across Europe are cautiously loosening restrictions imposed to prevent a further spread of the virus. Although these measures affect primarily domestic situations, with the coming summer holidays, there are hopes on the continent that a holiday at a sea side could be possible this year.

Germany has recently announced that it plans to open its borders with neighboring countries as soon as in mid-June. Especially countries in the south of Europe, such as Greece, Spain or Italy, are hoping to still be able to welcome tourist, at least from within the EU, this summer.

In order to harmonize the restoration of transport services, connectivity and free movement across the block, the European Commission mandated the European Union Aviation Safety Agency (EASA) and the European Centre for Disease Prevention and Control (ECDC) to develop technical operational guidance for the aviation sector. The guidelines were published on May 13.

Among other measures, the two agencies recommend that access to airport premises is limited to passengers, crew members and staff only. Any accompanying persons should be provided access only in special circumstances. This means no more family and friends welcoming their loved ones at the airports.

Also, the reopening of “non-essential airport services (shops, restaurants, prayer rooms, playgrounds) should be pursued in a phased approach initially opening that can ensure physical distancing with respect of national provisions on similar services outside of the airport,” the document says.

Most recommendations have to do with sanitary measures. “The implementation of physical distancing, enhanced facility cleaning and hand hygiene, personal protective equipment (PPE) and other measures at airport premises should be pursued,” the document reads.

This concerns also the wearing of medical face masks. “The wearing of medical face should be strongly considered for all passengers and persons within the airport from the moment they enter the terminal building at the departure airport until they exit the terminal building at the destination airport, except for instances where otherwise specified such as during security checks or border control.”

The agencies also recommend that those passengers who refuse to adhere to the preventive measures should be “refused access to the airport terminal building, refused boarding, or disembarked.”

Bloomberg reports that at Frankfurt airport “check-in counters, baggage-claim areas, and boarding-pass and security checkpoints have been redesigned to ensure people stay at least 1.5 meters apart, with markings on the floor indicating the required distance. Hundreds of posters and digital displays promote distancing, the PA system lights up every five minutes in multiple languages with announcements on distancing rules, and trained agents walk the halls to enforce them. Disinfectant dispensers are ubiquitous, and plastic shields have been installed anywhere staff interact with customers.”

Nevertheless, these guidelines are not mandatory for EU member states, as the ultimate power to implement health and safety measures lies with the individual national authorities. But Brussels hopes that harmonization of those measures would speed up the revival of the industry. 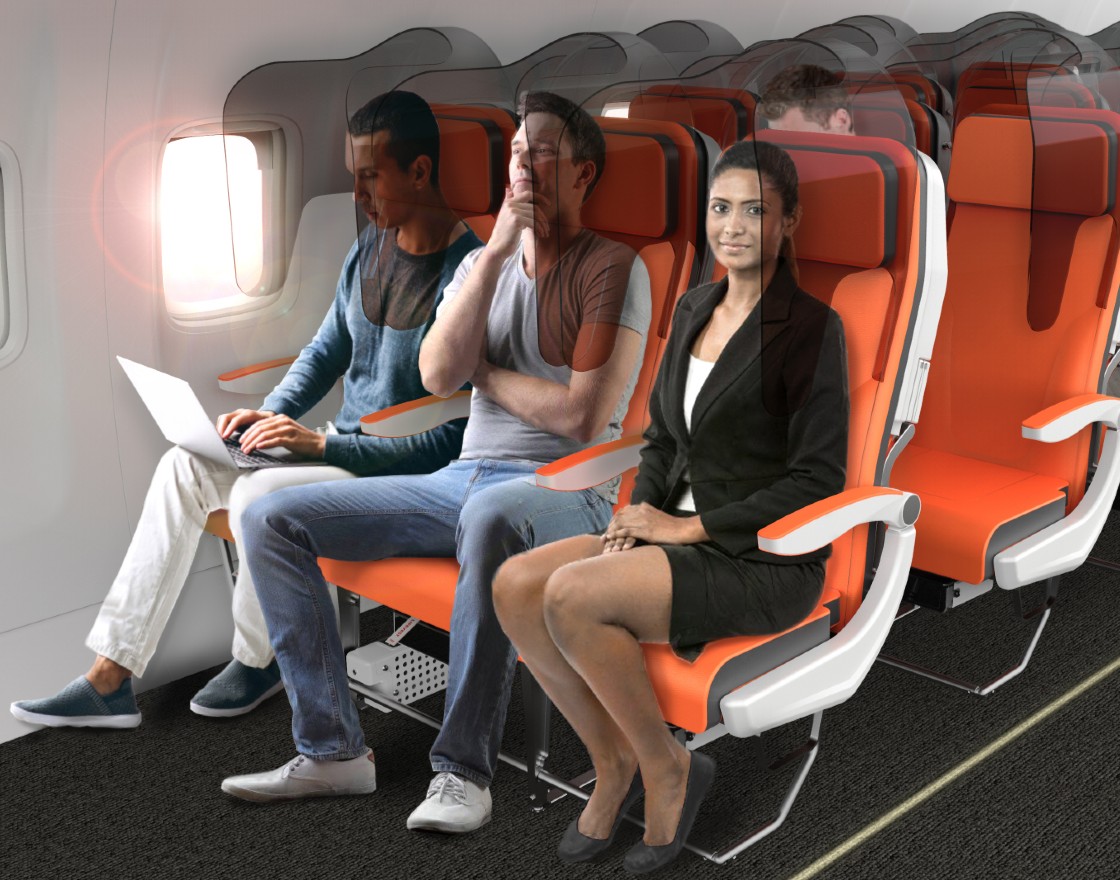 Category: Business 18.09.2020
In anticipation of the return of more commercial airlines to the European sky, this air gap is filled by private and small business planes whose number of landings and departures with tourists and business travelers is expressed in several hundred per day at all airports across Europe. 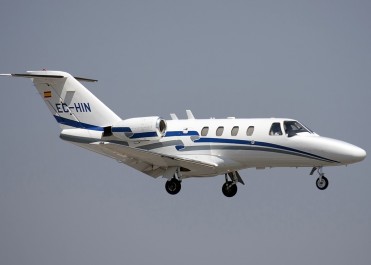