According to what the Hungarian authorities envision, the relevant agreement would become effective on January 2015. And the Hungarians are not interested in  with deposits of say, 10 000 to 20 000 euros. It is the fat and very fat cats they target.

János Lázár, the Secretary of State heading the government office, informed that in 2012 alone, HUF 275 billion, i.e. nearly EUR 1 billion, leaked out of  the country. Transfers take place mainly in the private banking sector and they are not a new phenomenon. The Hungarian government not only wants to stop this activity, but attempts to bring the cash from foreign accounts back to the country.

Experts claim that the request from the Danube country for access to detailed information stands no chance of being granted at the foot of the Alps because Switzerland has never revealed bank account details to anyone; neither has it signed such a sweeping agreement with anyone.

True enough, Switzerland has agreements with Austria, Great Britain and Germany, but those relate to taxes on funds deposited on Swiss bank accounts, therefore they refer to something else. These agreements are dubbed the “Rubik Agreements” (after Ernő Rubik, the inventor of the famous cube). Pursuant to them to them Switzerland has obliged to make, for the benefit of those countries, a single transfer equivalent to 20 to 40 % of the value of assets placed on bank accounts belonging to Austrians, Britons and Germans, towards the overdue income taxes. However, this the arrangement did not involve disclosing the identity of the account owners.

Experts claim that Hungarians may also become party to such an agreement, and negotiations could be successfully concluded even within six months. The only contentious issue would concern the rate of the tax, as 35% suggested by the Hungarian party seems too high to Swiss experts.

Moreover, Hungarians would not be the sole followers of this solution (and this involves even higher costs for Switzerland), as the Swiss are having talks concerning this issue with Italy and Greece.

The Swiss tenacity in personal data protection on the one hand, and the Hungarian pressure for disclosure of such data on the other, fuels the speculation that the government’s goal is not only to impose tax on capital transferred from Hungary, but also, or maybe first of all, to learn the names of the owners of the capital kept in Swiss banks.

In his statements to the press, János Lázár  suggested in a thundering voice that law enforcement authorities and secret services already have extensive knowledge about the owners of Swiss bank accounts. It allegedly comes from Switzerland and has been passed on to Budapest under procedures relating to justified suspicions of crime.

During the press conference, János Lázár revealed that Hungary had initiated similar talks with other “tax havens”, e.g. Cyprus and Lichtenstein, but he emphasized that his government will not follow the German example and it will not purchase stolen data concerning bank accounts. The Secretary of State claims that over 4/5 of the amounts transferred to Swiss bank accounts has not been subject to taxation in Hungary, but at the same time he holds the opinion that only an insignificant amount comes from criminal offences.

He also revealed that the government is planning to extend the limitation period for tax fraud. Presently it is only 5 years.

Truth to be told, the Americans did not succeed in convincing the Swiss to conclude formal agreement. Therefore they took the matter to court. In 2009, pursuant to the settlement with the American prosecutor, the Swiss giant UBS had to pay fine of 780 million dollars and disclose the surnames of almost 4500 of its US clients..

Last year, the same happened to a small but renowned Swiss bank Wegelin from St. Gallen when it was found guilty of infringement of the interests of the American taxman. As a consequence of court proceedings and a condemning verdict, Wegelin disclosed to competent American authorities the personal data of American citizens who were hiding their actual revenues in Switzerland.

The Wegelin Bank was 35 years older than the United States themselves, yet following the affair it had to wind up operations a year ago (after selling its assets to Raiffeisen Bank).

Lázár explained that only now has Hungary submitted their first draft of the proposed agreement with Switzerland, as the two-year period of tax amnesty expired in December 2012. During this period, Hungarians were permitted to bring their assets back to the country and pay only 10% of tax while remaining anonymous. Only slightly less than HUF 100 billion was repatriated, an outcome which, according to experts , falls short of expectations.

The Hungarian government hopes for the European Union support, as the EU puts strong pressure on Switzerland, Austria and Luxembourg of its own accord. However, Budapest’s hopes are not fully justified as Brussels does not support individual agreements with Switzerland. The European Commission’s goal is to conclude an EU agreement  covering all the member states.

In addition, the Hungarian government’s  claim that Switzerland cannot resist international pressure for longer than 5 years is also largely ungrounded.

The government says that the outflow of cash from Hungary is much stronger than in the case of the neighbouring countries.  The statement may not be exaggerated, taking into consideration the report published last year by the Tax Justice Network. The report informs that from 1980 to 2010, a total of USD 242 billion was transferred from Hungary to tax havens and offshore companies. This would amount to 1.7% of the whole present-day GDP of the country; it would be twice as big as its  public debt. This result makes Hungary the leader of the region and it puts it in the 13th place in the world ranking.

Based on an agreement concluded with the assistance of the OECD, Hungary received anonymous data indicating that Swiss bank accounts contain in total the sum of about 700 billion forints, i.e. is 2.6 billion euros.

The first agreement between Hungary and Switzerland concerning double taxation and cooperation for preventing tax frauds was signed in 1942. In 1982, another agreement was concluded which is still binding today. Most of its provisions corresponds to the model agreement recommended by the OECD, yet information exchange is not mentioned. It means that under the current legal framework Budapest has no grounds to request any information from Switzerland concerning personal data.

A potential foothold for achieving this goal could consist in the fact that Switzerland is the signatory state of the European Union directives concerning interest. Under those directives, among others, member states of the EU exchange information about revenues from bank interest earned by their citizens. However, as is often the case with agreements in the European Union as well elsewhere – there are exceptions.

Countries where banks play a very important role (Austria, Belgium, Luxembourg) are excluded from those regulations, and Switzerland signed on to the directives with the benefit of such an exclusion. Thus, Switzerland, like Belgium, Luxembourg and Austria, does not release information about bank accounts to anyone, but levies 35% tax on revenue from bank interest, out of which 75% is redirected to the respective countries and 25% is retained.

In practice it means that a Hungarian citizen submits a statement at a Swiss bank of whether or not he consents to disclosure of  information about his identity. If the person allows the bank to disclose such information, then the tax is levied compliant to Swiss tax regulations. Obviously, in such a case the person is obliged to declare this revenue in his tax declaration in Hungary and has to be prepared that his bank in Zurich or Geneva may disclose this information upon the request of the Hungarian tax office. On the other hand, if the person wants to remain anonymous, he pays the 35% tax on the interest revenue.

The Hungarian press points to the fact that interest revenue is already subject to taxes in Switzerland according to updated international standards. In order to introduce a one-off tax on the funds originating from Hungary, a new agreement would have to be signed. If the Hungarian government wants to achieve it soon, it should give up its request for access to personal data of its citizens, as it unlikely that Hungary will be the first country granted this breakthrough concession by Switzerland.

International experts claim that when it comes to increasing tax revenue from proceeds from criminal activities, the best solution is to seek assistance from the Swiss law enforcement authorities, who in justified cases grant access to all data on the request of Budapest or other governments.

Consequently, many Hungarians believe that their government’s “Swiss” mission  marks the launch of the election campaign by the ruling party. For two years Fidesz has promoted the view that the West is robbing Hungarians through  their banks and companies operating in Hungary, which make excessive profits that they subsequently transfer abroad. A year ago, a demonstration of several thousand people took place in Budapest under the slogan: “We shall not be a colony”.

Despite the fact that the parliamentary election is scheduled only for the spring of  2014, the election campaign started already back in December 2012, when Gordon Bajnai, the former Prime Minister of the socialist government during 2009-2010, re-entered the political scene.

His goal is to organize one camp for the whole democratic opposition, as under the new election law adopted by Fidesz, opposition may win only if it unifies its forces. In the meantime, Bajnai heads its own election alliance “Together 2014” (Együtt 2014), which is expected to become the core of the common camp of democratic opposition.

The author is a Hungarian journalist.

Category: Macroeconomics 03.05.2020
France, Poland, and Denmark have proposed barring companies that are based in tax havens from receiving bailouts linked to financial problems caused by the coronavirus. However, according to the European Commission the bans should be applied only to the EU’s list of tax-haven countries. 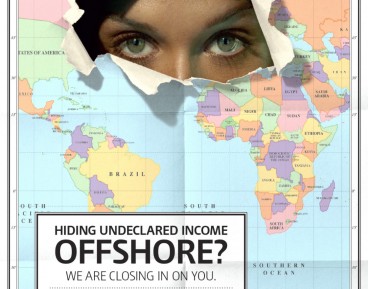 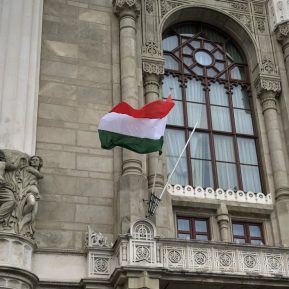