If the Banking Union, it is only in its entirety

14.10.2013
The Banking Union can be effective and give the potential to break the vicious cycle of fiscal and financial instability only if at the same time  all necessary components are in place – a Single Rule Book, a Single Supervisory Mechanism, a Single Resolution Mechanism and financing arrangements. Quick entry to the Union would be beneficial for Poland – told Bernhard Speyer, former Managing Director at Deutsche Bank Research.

Obserwator Finansowy: Is the euro area in need of the Banking Union and why?

Bernhard Speyer: Fundamentally, the Banking Union is motivated by two objectives. First, to preserve the Single Market in financial services; second, to break the vicious circle between fiscal and financial instability. The one motivation acknowledges the existence of the so-called “impossible trinity”, i.e. the fact that free capital movement, financial stability, and national supervision cannot co-exist simultaneously: either the EU moves to supra-national supervisory structures, or it must forego the economic benefits of integrated financial markets, or suffer from repeated bouts of financial instability. The other motivation reflects experience from the recent financial crisis, in which the interlinkages between fiscal and financial (in)stability became obvious in a drastic way.

Will the Banking Union will help break the vicious circle between fiscal and financial instability?

In principle, the Banking Union has the potential to break the vicious cycle. Two things must happen for this. One, banks must have geographically diversified asset and funding structures, and, in particular, must not hold too much debt of their respective home country sovereign, and national supervisors must allow them to have that. Two, the costs of cleaning up failed banks and banking systems must not fall exclusively on national budgets.

In practice, the current plans for the Banking Union fall well short of this ideal. Specifically, current proposals for bank resolution have hardly any elements of international burden sharing.

We have so far only one of the elements of a banking union, SSM. What is safe?

The Banking Union can only work if all necessary elements – the Single Rule Book, the Single Supervisory Mechanism, a Single Resolution Mechanism plus financing arrangements – are put into place all at the same time.

There are many expectations that after the ECB’s balance sheet assessment a lot of uncertainties will become clear. What is your opinion?

Indeed, the balance sheet assessment (BSA) could be a significant market-moving event. In fact there are reasons to expect heightened uncertainty both in the run-up and after the BSA: Before the BSA, banks as well as investors will be uncertain about the precise conditions for the BSA and, by extension, about the likely results. While the ECB has given some general indications on the extent and scope of the BSA, details are still scarce.

The greater uncertainty concerns the period after the BSA, though: As the ECB has rightly and repeatedly pointed out, it is a pre-requisite that clarity be created before the BSA is started on how to recapitalise banks for which the BSA identifies capital gaps. So far, national governments have failed to provide clear answers to this question.

SSM, however, costs relatively little, but when we talk about SRM, especially a single resolution fund or a deposit guarantee scheme, the costs are really high. Who should pay for it?

Let me first remind ourselves that the costs for more effective supervision as well as for more comprehensive restructuring arrangements must always be seen relative to the costs of banking failures or even systemic banking crises. Compared to these costs, which historically have ranged from between 3-30 pct of GDP, the new arrangements do not appear overly costly.

As regards the question on who should bear these costs, it is the clear underlying philosophy of the SSM and, even more so, the SRM, that they are to be “fiscally neutral”. In other words, taxpayers shall not bear the burden. Clearly, the SRM is built on the priority of bail-in over bail-out.

As a consequence, the costs of future banking failures will be borne by shareholders and creditors. And the ex ante costs for the financing arrangements such as the resolution funds and DGS are, as always, borne by banks’ shareholders in the form of lower profits.

Is it possible that governments will handle their failing banks without recourse to assistance from resolution funds in other countries?

Economically, however, this raises a problem. It is obvious that some member states would neither have sufficiently funded resolution funds nor sufficient fiscal leeway to recapitalise failed banks. This could then well trigger another round of uncertainty in the euro area.

And how might look the deposit guarantee scheme DGS?

Even more so than in the case of resolution funds, member states, as well as – to be fair – many banks and their associations, have made it clear that a pooling of existing national DGS is politically inacceptable at the moment. Again, from an economic point of view this is an untenable position as DGS are ultimately part of the funding arrangements that must be in place for a credible supervisory regime.

What are the consequences?

Those countries where the DGS is not credible at the moment – either due to a lack of ex ante funding or because of the absence of a credible fiscal backstop – are likely to suffer instability and deposit outflows in a case of doubts about the viability of individual banks or entire banking systems.

Is it possible to design a „minimum plan” to establish an effective banking union?

As mentioned before, effective supervision depends on the consistent design and effective interplay of a number of interdependent elements. It is not possible to isolate one element.

The only element where many observers – myself included – would perceive some room for flexibility is on the integration of DGS: These are the least critical element in resolution arrangements. Hence, as long as some minimum standards are met, national DGS can continue to co-exist in an initial phase of the Banking Union.

Banks complain about the high cost of a new regulation (CRR, CRD IV) and supervision (SSM), resolution mechanism, etc. Do you agree that consequently, they face a risk of losing competitiveness versus shadow banking system?

There is little doubt that stricter regulation in the banking sector will result in a loss in competitiveness vis-à-vis less regulated parts of the financial system. Admittedly, there is a small chance that tightly regulated banks will benefit from higher confidence of depositors and investors into a greater stability of the banking system, assuming that the current regulatory changes are considered to be conducive to achieving that aim. But even this will only hold true as long as depositors and investor are still risk-adverse – which will undoubtedly change, the more memories of the crisis fade.

All of this makes it all the more important that functionally and economically equivalent activities in the shadow banking sector are regulated and supervised in the same way as those in the regulated sector.

What are the consequences of the concept of a banking union for national sovereignty?

The Banking Union constitutes a pooling of sovereign rights, hitherto held at the national level, at the European level.

However this should not be seen as a loss in national sovereignty. Rather, it is an effective way to regain sovereignty over an important part of the economy – the financial system. As mentioned at the start, full national sovereignty in financial supervision is not compatible with fully integrated financial markets. Hence, countries that want to enjoy the benefits and advantage of market integration must be willing to set up an effective supervisory regime at a level that is commensurate with the level of market integration.

Countries such as Poland, which remain outside the euro area, should they access the Banking Union?

In my view, the answer clearly is yes in the case of Poland in light of two factors: one, the Polish financial markets, especially banking markets are closely intertwined with those of other EU member states, not least through foreign ownership. This means that spillovers from crises elsewhere are a distinct possibility and Poland has a natural interest to control these risks – which it can do more effectively in the Banking Union than outside of it. Two, as a pre-in country, Poland will at point in future join the euro area and will at that stage automatically become a member of the Banking Union. Against this background, it appears politically and institutionally wise to join straight away in order to gain experience and influence the setting-up of arrangements right from the start. 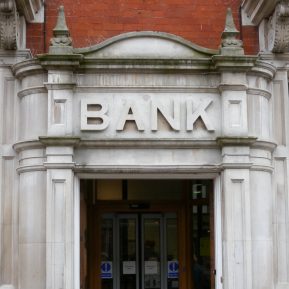