21.02.2020
The Ukrainian authorities are constantly promoting their country’s “good investment climate” among foreign investors. However, Ukraine still is not a place where regular investors from the West could bring their resources to pursue business ventures in a safe and lawful way. 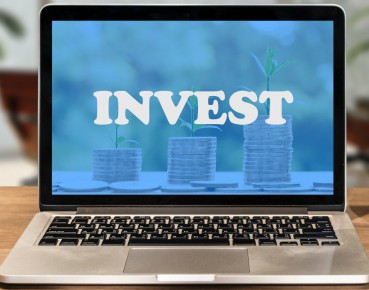 The Ukrainian government’s announced plans to expand GDP by 40 per cent and to create one million new jobs over the next five years. This would require at least USD50bn in new foreign direct investments (FDI) — such a calculation was presented in the fall of 2019 by the country’s Prime Minister Oleksiy Honcharuk. The investment forum “Re: Think. Invest in Ukraine” organized in October 2019 in Mariupol, in the part of the Donbass region controlled by Ukraine, was supposed to become a turning point for the issue of foreign investment.

The Ukrainian President Volodymyr Zelensky assured that Ukraine would finally introduce clear and transparent rules of the game which are the same for everyone. The president urged Western investors not to miss the opportunity provided by Ukraine. “Invest in people, invest in Ukrainians, invest in our young people, invest in the Ukrainian start-ups, in small and medium-sized business. And please remember that today Ukraine is a rough diamond that needs polishing and cutting, the introduction of internal reforms and external investment in order to become a real gem,” encouraged Mr. Zelensky.

Theoretically, Ukraine is in a favorable position. According to Vazil Hudak, the President of the European Investment Bank, there is more than enough capital available on the world’s markets. “The global situation is such that there is a lot of money in the world. What is lacking are good projects into which this money could be invested, and therefore the preparation of such projects in Ukraine is of a crucial importance. And then there is also the issue of project implementation, that is, all the red tape associated with the documentation,” commented Mr. Hudak.

However, the analyses conducted by the Delegation of the European Union in Kiev do not give grounds for optimism. According to the EU diplomats, the business climate and the investment attractiveness of Ukraine deteriorated after the economic crisis of 2014-2015. As a result, the value of FDI originating from EU member states decreased from USD25bn to USD24.7bn in the years 2016-2018. In the EU opinion, the current state of Ukraine’s political system and the functioning of its administration stand in the way of genuine improvement in this area. The most important challenges include, among others, the inadequacy of the legal system, the dysfunctional nature of the law enforcement system — including the still unreformed Security Service of Ukraine — as well as the high levels of corruption. EU points out that while there was slight improvement in the fight against corruption, a lot more should have been done.

This state of affairs is reflected in the official statistical data. The State Statistics Service of Ukraine (Ukrstat) reported that in the H1’19 FDI in Ukraine increased by a mere USD840m.

The American Chamber of Commerce in Ukraine conducted a survey among its members. In their opinion, the most important factors that make Ukraine an attractive location for investment include the talent of the local workers (51 per cent of responses), the low labour costs (51 per cent), and the fairly easy access to the EU markets (44 per cent). According to the investors, the most attractive sectors of the Ukrainian economy include agriculture, which was indicated by 85 per cent of the respondents, followed by the IT sector (73 per cent of responses), and the energy sector (45 per cent). The biggest obstacles to doing business include the Ukrainian courts (74 per cent), the fiscal authorities (51 per cent), and the law enforcement institutions (48 per cent).

Investors are (not) welcome?

The Ukrainian commentators are pointing out that during the investment forum in Mariupol it was hard to find any major private investors interested in Ukraine. Their place was taken by international organizations that provide assistance to the government. “An investment forum is the first and foremost a space for the government to present meaningful ideas to the investors, e.g. regarding the possible directions of development. Such ideas would include, for example, a genuine industrial policy aimed at the re-industrialization of the economy. So far, we haven’t seen anything of that sort. There are no institutional investors, no big foreign enterprises. The participants mainly included large, international financial organizations primarily interested in providing loans to developing nations,” commented the Ukrainian economist Alexey Kushch.

In his opinion, the government should introduce a program aimed at attracting foreign investment and should rely on institutional investors, clearly indicating the sectors important from the economic growth point of view and the possibilities for the entry of investors on to the Ukrainian market. According to Mr. Kushch, the blame for the lack of such activities lies with the Ukrainian oligarchs who control the country’s economic space and influence the government’s policies. “Our oligarchs would have to voluntarily give up a part of the economy which they have seized and which they are unable to develop effectively. Foreign investors bring in their own business standards. And that is the worst nightmare for our oligarchs,” he said.

Instead of building systemic framework that would allow investors to move independently within Ukraine’s economic space, the authorities are focusing on individual, isolated actions. In the fall of 2019, the authorities announced the launch of a program “25 Magnets”. In each of Ukraine’s oblasts (county) the authorities would designate one investment project implemented with the participation of foreign capital. For the time being only one such project has been prepared — the construction of a “second Jerusalem” in the city of Uman in the Cherkasy Oblast. Uman is a pilgrimage destination for thousands of Hasidic Jews from Israel who are visiting the grave of tzaddik Nachman of Breslov, one of the creators of that movement. New hotels, an airport and a hospital are to be built in cooperation with the Israeli government and with the participation of Israeli investors, and the city is supposed to be transformed into a tourist center.

In Mariupol, the Ukrainian President promised “personal protection” of investors. However, for the time being the local business environment remains hostile to both Ukrainian and foreign entrepreneurs alike.

In October 2019, in the Odessa Oblast the processing facilities of Agro Patriot, one of the largest Ukrainian producers of garlic, were set on fire by unknown perpetrators. “We’ve been building our business for over 10 years. We’ve fought with the system, with various state ‘helpers’; we’ve pushed back against criminal ‘raids’, lawless searches and seizures, fabricated criminal charges, and demands to hand over our business. But now everything is over,” said the owners after this incident.

In November 2019, the media covered the repressions faced by the attorney Alexander Pogorely, who had been defending an investor from Estonia against ‘corporate raiders’. The officers of the Security Service of Ukraine and the Prosecutor’s Office attempted to search his apartment and offices without the required court warrant.

Mr. Pogorely is the legal representative of an Estonian investor who invested EUR50m back in 2013 in the construction of a modern holiday complex in the resort town of Zatoka on the Black Sea. According to the media, the local criminal groups demanded a 30 per cent stake in the business. When the entrepreneur refused, his properties were set on fire 35 times. In 2016, criminals even tried to kill the lawyer. The perpetrators of the attempted murder were detained but were released soon after. The Ukrainian government assured that it would guarantee the safety of the Estonian businessman, but ultimately nothing has been done.

The trials and tribulations of another foreign investor have even been covered by the official newspaper of the Ukrainian government — “Uryadovy Kuryer” (“The Governmental Courier”). “The new economic course, the fight against corruption, the creation of favorable conditions for attracting foreign investments should become the focus of activity for everyone on whom these matters depend. However, as they say in Odessa, the words of public officials and reality are two different things. Unfortunately, in Ukraine there are still many public officials who hear the words ‘foreign investor’ and immediately start acting like a shark that smelled blood in the water,” concludes the newspaper. These stories are just the tip of the iceberg — the business community and the Ukrainian media are constantly reporting on similar cases.

According to data collected by the office of Ukraine’s Business Ombudsman, in the last four years this institution has received more than a thousand complaints from foreign investors. The submitted complaints primarily concerned tax-related issues (45 per cent), the actions or inactions of the law enforcement institutions (14 per cent), the activities of various state bodies (12 per cent), and the functioning of the customs services (6 per cent).

In late November 2019, the Prime Minister of Ukraine Oleksiy Honcharuk called on foreign investors to contact the newly established Business Protection Commission in case of problems with the state authorities. “Being aware of the magnitude of the challenges, we have created a special body to work together with the investors. So, if you encounter any problems or inconveniences with any state agencies, you can now resort to this instrument,” announced Mr. Honcharuk during the Ukrainian-Czech Business Forum. 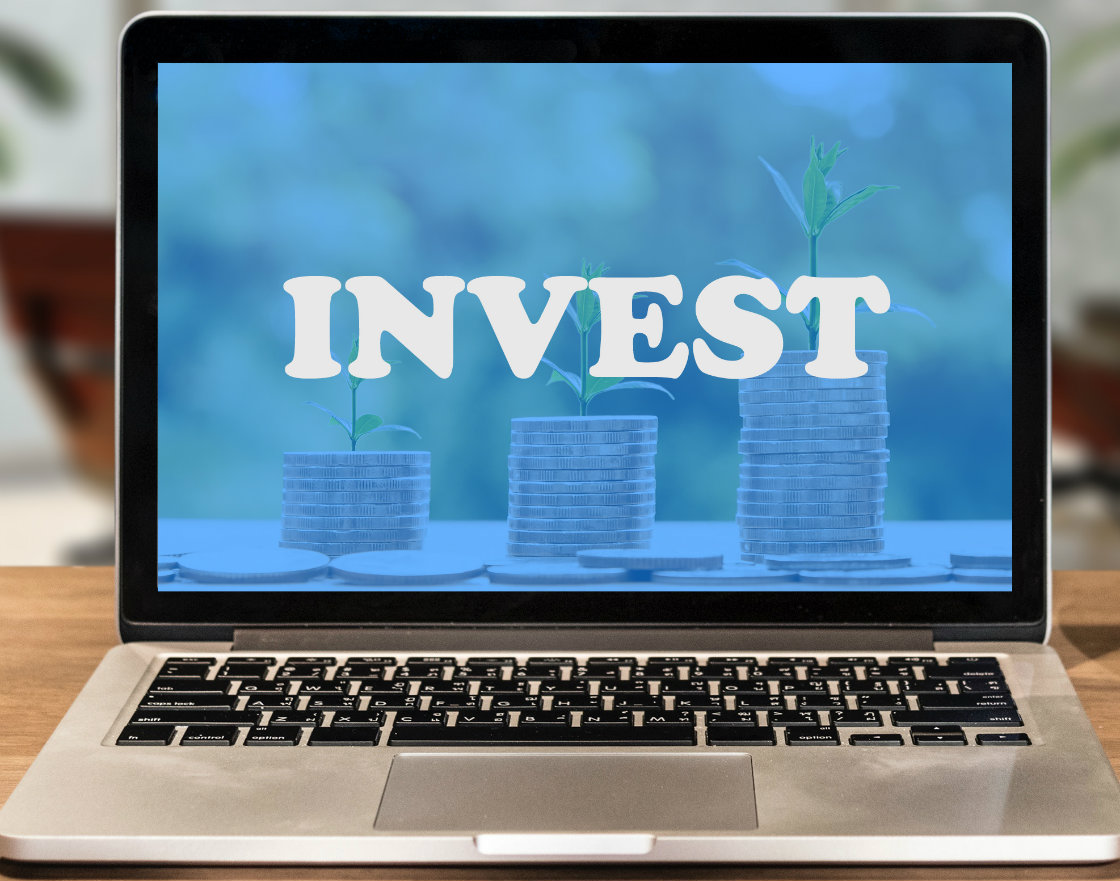