08.06.2020
Restrictions in travel, closed restaurants and hotels are the reality in the European tourism sector. However, the height of the holiday season approaches quickly and particularly those regions that are heavily dependent on tourism are hoping to earn something this year. 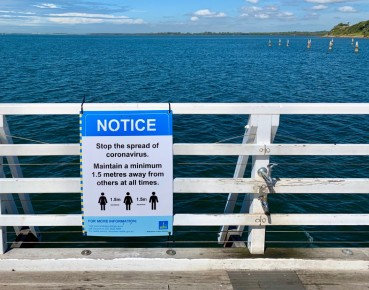 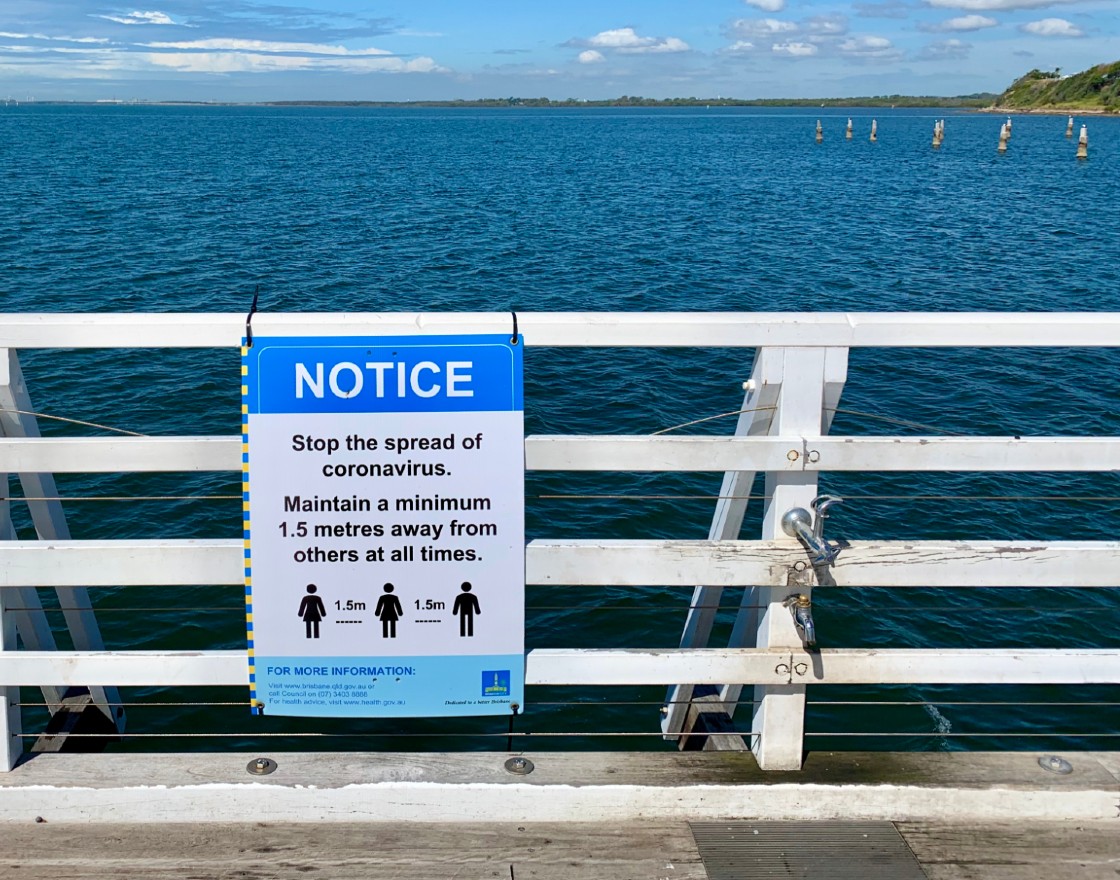 The economic consequences of quarantine may be greater than the super-deadly pandemic itself, which has so far not resulted in significantly more casualties than conventional influenza in most countries. European policymakers are likely to have taken a similar view, so taking the risk of launching a second wave in most EU countries took a form of planning a significant easing of previous austerity and a resumption of economic activity.

The worldwide travel warning is to be lifted in the European Union as of 15 June. It will be replaced by country-specific travel information. Hospitality and reopening of accommodation is the most difficult thing to do, but here too bridging solutions are expected, with tables one and a half to two meters away, the number of guests limited and the popularity of all kinds of takeaway solutions growing significantly. The European tourism industry expects financial losses of around EUR1bn monthly, according to Thierry Breton, European Commissioner for European Union Industrial Policy.

Tourism represents 10 per cent of the EU’s GDP and employs a total of almost 12 per cent of employees. In addition, tourism is the Union’s fourth export category, with consumption generating more than EUR400bn in revenues. For all these reasons, it is important to encourage the creation of joint solutions to the crisis of the tourism sector caused by the coronavirus pandemic, but also to create programs and plans for combating similar threats in the future.

In many EU countries tourism contributes not only to the GDP, but also affects many sectors involved in its value chain, providing much-needed revenue to local communities and individuals. In Croatia, for example, tourism generated almost 17 per cent of GDP, while in the other Member States this percentage ranged from 2.6 per cent in the Slovak Republic to 20.6 per cent in Greece. EU Tourism Ministers outlined the various measures that the Member States are taking to mitigate the impact of the pandemic on the tourism sector and other related sectors. In addition, many governments are introducing tourism-specific measures to address the sector’s immediate impacts and facilitate recovery.

EU is looking for a solution

Representatives of the Member States agreed that it was possible to try to work in a more coordinated way and that support for tourism should be one of the top priorities of the European Economic Recovery Plan. Ministers also stressed the importance of finding and harmonizing solutions to the package deal, including vouchers, and agreed that there was a need to collect information on measures taken to tackle the crisis and to share best practices within the EU. Mr. Breton stressed that emergency measures and resources made available by the European Commission should support Member States’ efforts to maintain stability in the short and medium-term. He called on the Member States to take full advantage of them and to provide the opportunities they offer to workers who are most affected by the current situation.

Arrangements are underway, given that the latest guidelines on how to work have not yet been published. Everyone points out that the issue of opening borders is paramount because if foreign guests do not come, the cost-effectiveness of opening the facilities is questionable. But they are counting on neighboring countries where the COVID-19 pandemic is failing. Many still point out that it is questionable whether they will open the facilities at all. It’s still unknown how many restaurants, taverns and similar catering establishments will find it easy to get started.

Countries are getting ready. Or not.

The losses for the tourism industry are huge. Germany’s tourism sector estimated that travel bans would be cut by mid-June to curb the coronavirus pandemic by losing up to EUR10.8bn in revenues. The government’s ban on international travel expires in mid-June. „The business of travel agents and travel operators is almost completely shut down in the state office,” said Norbert Fiebig, president of the German Travel Association (DRV). In addition to lost revenues, the tourism sector is also burdened by the cost of reimbursing clients for cancelled trips, Mr. Fiebig noted, asking the state for an urgent grant program.

Two-thirds of German travel companies are already facing bankruptcy, the DRV leader points out. „Politicians can no longer cross their arms to see travel agencies and tour operators run out of revenue,” Mr. Fiebig said. German government commissioner for tourism Thomas Bareiss signaled the possibility of setting up a tourism aid fund if Berlin fails to persuade the European Commission to relax regulations on the payment of cancellation fees. Germany is in favor of allowing companies to issue vouchers instead. European Commission Vice-President Vera Jourova, on the other hand, is seeking a solution that will take into account both consumer rights and the liquidity of companies. Germany has a worldwide travel warning in place until mid-June, but no one has stated yet what it means — would the Germans be able to travel abroad after that, or will the summer holiday be cancelled. Germany is very cautious about the possible opening of borders, that is, the departure of German nationals outside their country, and so the German Foreign Minister Heiko Maas reiterated in the media that there should be no premature decisions. „When it becomes possible for travelers not only to travel safely abroad but also to return safely, then we could gradually withdraw recommendations on delaying travel,” Mr. Maas told German media.

Southern European countries are preparing strategies for tourism reopening. Some, however, are still wondering whether it is a good idea. Malta is a popular holiday destination and tourism contributes to about 15 per cent of GDP. Still, Maltese public believes the government should keep measures to stop tourist from entering the island for the time being, at least while opportunity arises to severely restrict the virus. Others, like Italy, Spain, Greece, Croatia are hoping to see EU-wide opening of borders in June. Everyone is counting on neighboring countries, where the COVID-19 pandemic is failing.

Most holiday destinations are getting ready. Hotels will gradually open, local entrepreneurs are waiting for accurate recommendations and guidelines from national authorities and epidemiologists on how to proceed. So far they purchased disinfectants, gloves for employees, masks for employees and guests. There is also disinfection of gaming machines, tables and so on. As far as the social distancing is concerned those who have large terrace and/or an interior have the advantage .

In Hungary, many think they are facing a historic opportunity: the local tourism managers need to extend the holidays beyond the standard end of the season, and they need a serious advertising campaign in the Central European countries. They also plan to change Lake Balaton from quantitative tourism to four-season quality tourism. If there is a region of the country where tourism is really a matter of life, it is Balaton. Few people know that the annual economic indicators of the Lake Balaton region have so far been below the national average, but if there is no interpretable turnover in the summer, a wave of bankruptcies is expected that the economic indicators of the region will fall smoothly to the level of the poorest counties.

In Croatia, glimmers of hope are visible. There will be no foreign tourists in May, and they may not come in June as well. But there is a possibility for tourism to start recovering in July and reaching 33 per cent of what it did in 2019. In normal years, about 55 per cent of tourist traffic was generated in the first seven months. Hotels account for about 40 per cent of added value in tourism, so-called private accommodation with all the satellite effects of tourist spending — 42 per cent and camps 18 per cent. Campsites could be recovered to the desired level because outdoor tourists are less afraid and there are more adventurous campers, but it’s hard to imagine that hotels visited by older and more conservative guests will come anywhere near the revenues they had last year.

Given that conservative guests are likely to delay their trips this summer, alternative tourism activities could make a profit. This applies especially to outdoor tourism, rural tourism, visits to national parks, adventure tourism and camping. Pure nature is considered to be the attraction of many European tourism agendas, but how are those who are not used to nature tourism also attracted? There is also cultural history in different parts of Europe, which, when properly served, can be an attraction for even a small counties.