25.05.2017
The average salary in Serbia is the lowest in the region. Politicians are promising the increase but the Serbian GDP doesn’t grow fast enough. 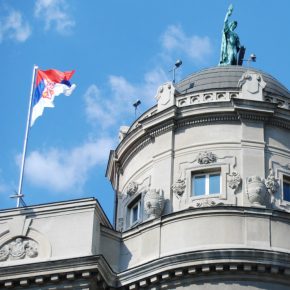 During his Labor Day address on May 1st, the outgoing Prime Minister and newly elected President of Serbia Aleksandar Vučić announced “an increase in average salary and pension, actually, the biggest increase so far”, as he put it. According to him, the trend of increased wages is supposed to continue well into 2018. The expected rise of average salary is supposed to be EUR430-440.

The average wage in Serbia, as of March 2017, officially stands at EUR386, close to EUR400 stated in the Vučić’s Labor Day address, but EUR100 less than the promise he gave in early 2016. The projections made by Miladin Kovačević, the head of Statistical Office of the Republic of Serbia, fell short by a similar margin.

This, however, came as no surprise, as every relevant economist warned that the current annual GDP growth rate of 3 per cent is nowhere near enough to facilitate a wage increase of 36 per cent in one year. In 2016, the average salary grew by EUR6, and in 2017 it is 4.9 per cent higher than the 2015 average.

According to a recent analyses made by Milan Ćulibrk, a notable economic analyst and commentator, even if the average wage growth would surpass the average GDP growth for a prolonged period of time, which is unlikely, it would still require 5 years for Serbia to reach the average salary target of EUR500.

This topic is a hot one in and around every electoral campaign. Both, the ruling parties and the opposition, tend to make a good use of promises and expectations regarding the average income. The elusive EUR500 as an average salary, or rather the promise of it, is postponed and recycled every single year: in 2016 it was set for “the end of 2017”; in early 2017 it was rescheduled for “the end of 2018”, and so on.

The average wage of private sector employees passed the EUR400 threshold in April 2016, which gave hope to some that the national average will soon follow the same trend. The reality, again, struck as a disappointment. The increase was explained as being caused by some private companies paying a part of the May salaries in late April, due to the fact that Orthodox Easter coincided with Labor Day thus creating a five day long “holiday” at the beginning of the month. The May salaries that were paid later were 12 per cent lower than the April average by the same token.

The same thing usually happens at the end of the year, as December salaries are increased by the New Year bonuses and often further amplified by a portion of January earnings being paid earlier. The ruling parties and economists affiliated with them tend to boast with these amplitudes caused by mere differences in accounting methods, and promote them as realistic indicators of the improving economic climate. The January decrease, usually in the range of 20-25 per cent of the December income is rarely noted or taken into account.

When we take short term increases and different political manipulations out of the equation, the question of the elusive, “psychological barrier” thrashing average salary of EUR500 remains unanswered. If the current GDP growth trends remain the same, the targeted average wage will likely be reached by the second half of the next decade, or a few years earlier, if the economy starts to grow by at least 4-5 per cent annually. Political elites are quite aware of this fact and tend to exploit it by giving unrealistic promises and recycling them over and over.

The current state of affairs regarding the average wage in Serbia is almost embarrassing when put into context of regional indicators and tendencies. The year of 2016 brought a negative record, as Serbia was, for the first time in more than 15 years, the country with the lowest average earnings in the region, surpassed by Croatia (EUR788) Montenegro (EUR499) and even Albania (EUR403). 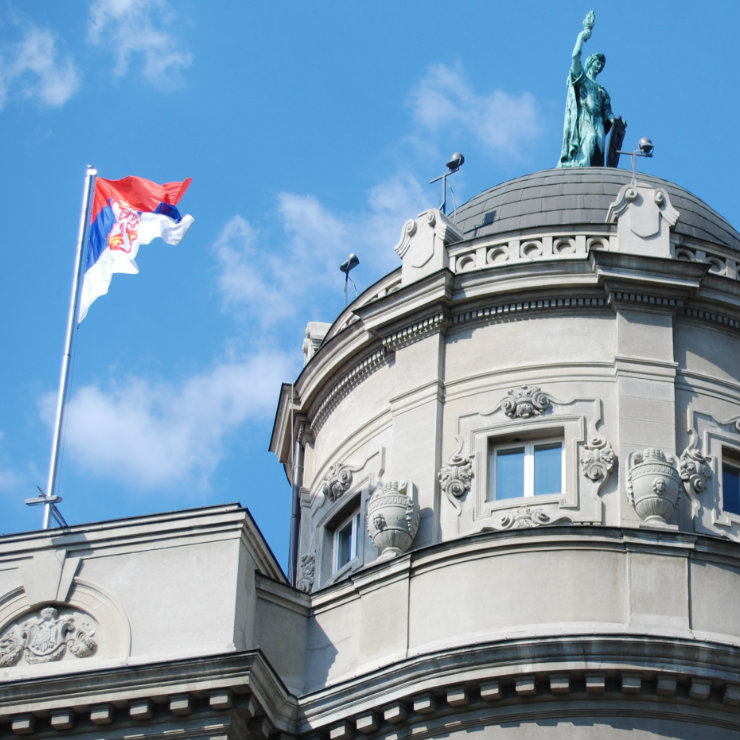