Over the past 25 years, the authorities in Minsk have more or less successfully managed to achieve their goals in the economic integration with Russia: they have maintained high energy subsidies and virtually unlimited access to Russia’s vast market. Dependence on a single country, just like an abundance of natural resources, does not have to be a curse. One simply has to know how to take advantage of such opportunities. During the Cold War, Finland clearly benefited from its geopolitical circumstances (serving as “a window to the world” for the Soviet Union), while Norway has been using its geological resources in a very sensible manner (saving and investing a significant part of the revenues from its oil and gas exports). Belarus could also make better use of its relations with Russia.

It’s hard to grow without aid from Moscow

The generous Russian support for Belarus allowed it to maintain an inefficient economic system without the necessity of pursuing fundamental market reforms. Belarus was not able to invest the funds derived from the energy subsidies and the cheap Russian loans — most of them were allocated for consumption. As a result, today the Belarusian economy is heavily dependent on a single country which constantly engages in trade disputes with Minsk concerning gas, oil, meat, dairy and other products. The Belarusian economy is not able to grow steadily without Russian aid. Whenever Russia intends to reduce its assistance, the Belarusian economy suffers.

Therefore, while it is still possible, Belarus should take advantage of its good relations with Russia in order to increase the efficiency of its own economy (e.g. by using the preferential state loans to support market reform programs or the development of the SME sector. An efficient market economy will be able to cope with market (and sometimes even above-market) prices of energy commodities. For comparison, Poland and the Baltic states pay relatively high prices for Russian energy commodities and are not attempting to cozy up to Russia in order to negotiate discounts.

Belarus imports 100 per cent of the consumed natural gas from Russia. About 90 per cent of the electricity and heat in Belarus is generated through the combustion of natural gas that Belarus purchases from Russia at the lowest prices in Europe. As a result, any increase in the prices of gas has a very strong impact on the competitiveness of Belarusian industrial enterprises.

In 2017, Belarus imported 19 billion cubic meters (bcm) of gas, which is only 11 per cent more than in 2000. During that time, the real GDP of Belarus more than doubled. This means that the consumption of Russian gas necessary to produce Belarusian products worth USD1 has significantly decreased.

In 2017, Belarus imported 18 million tons of crude oil for its internal needs and for the export of petroleum products made from Russian oil. In 2018, the price of duty-free oil for Belarus amounted to approximately 75 per cent of the market price. Meanwhile, the duty from the Belarusian exports of petroleum products stays in the national budget. However, the period when Belarus was achieving the greatest profits in this way was the first decade of the 21st century.

The Eurasian Economic Union (EEU), established in 2015, did not provide Belarus with the expected improvement in the terms of trade in oil. On the one hand, Moscow agreed for Belarus to keep the customs revenues from the export of petroleum products exported outside the EEU starting from 2015. On the other hand, right before the creation of the EEU, the Russian government announced the gradual implementation of the so-called “tax maneuver” in the oil industry, which was supposed to result in the elimination of export duties on petroleum products, along with a simultaneous increase in the taxation of oil production. The first stage of the reform was implemented in the years 2015-2017, when the export duty on Russian oil fell from 59 per cent to 30 per cent of its price (this also included the duty that Belarus was supposed to be keeping) and the tax on oil production nearly doubled. In 2018, the Russian parliament approved the completion of the tax maneuver in the years 2019-2024. Starting from 2019, the export duty on crude oil will decrease by 5 percentage points every year until it is completely eliminated, while the tax on oil production will be gradually increased. As a result, starting from 2024 Belarusian oil refineries will be purchasing Russian oil at the market price, and the process of refining that oil will no longer bring in extraordinary profits.

Belarus is currently building a nuclear power plant which is:

The construction of two power units in the Astravyets power plant, with a total capacity of 2.4 MW, is coming to an end. At the end of August 2018, the first block was 80 per cent complete, and the second one was 60 per cent complete. According to the revised schedule, the first unit will be put into operation by the end of 2019, and the second one in July 2020. Starting from 2021, the nuclear power from Astravyets should account for about 40 per cent of the annual electricity consumption in Belarus.

Export oriented towards the East

Russia has been the main importer of Belarusian goods since the collapse of the Soviet Union. However, in some branches of industry (food products, means of transport, textiles, footwear, plastic products, cement) Russia’s role is much greater and reaches up to 95 per cent of a given sector’s exports (e.g. in the meat and dairy industry).

Belarusian exports have been historically oriented towards the markets of Russia and other countries of the Soviet Union. For over a quarter of a century since the country’s independence, the Belarusian authorities have failed to reduce the trade dependence on Russia, although some diversification plans have been announced. On the other hand, this dependence also hasn’t increased compared with the early 1990s.

Russia or institutions controlled by the Russian authorities account for over 60 per cent of the foreign debt of the public finance sector in Belarus (amounting to over USD10.5bn).

As of June 1st, 2018, the Belarusian public finance sector owed:

It is worth noting that apart from the foreign debt of the public finance sector, there is also the domestic debt of the public finance sector, which is partially financed by Belarusian banks controlled by Russian capital. Moreover, Belarusian state-owned enterprises take out loans from Russian banks and obtain trade credits from Russian companies. As a result, the overall debt of the Belarusian authorities (and the enterprises controlled by these authorities) to Russia is even greater.

The role of Russian capital is decreasing

According to data of the National Bank of Belarus, as of January 1st, 2018, as much as 55 per cent of all foreign direct investments obtained during the period of Belarusian independence came from Russia. If we were to additionally include Russian capital registered in other countries (e.g. in Cyprus, the United Kingdom and Switzerland), then it could be assumed that Russian investments accounted for approximately two-thirds of all foreign direct investment in Belarus.

However, the cumulative value of Russian investments in Belarus is still relatively modest, amounting to USD11bn, or 20 per cent of Belarus’s GDP in 2017. Therefore, there are no grounds for talking about a high share of Russian ownership in the Belarusian economy. There are only a few select branches of the Belarusian economy in which Russian capital plays an important role. Russian companies control 100 per cent of the shares of Gazprom Transgaz Belarus (formerly Beltransgaz, the country’s single gas distributor), 42.5 per cent of shares in the refinery in Mozyr (one of the country’s two refineries), 50 per cent of the shares in MTS (one of three Belarusian mobile network operators), as well as five banks (BPS-Sberbank, BelVEB, Belgazprombank, Alfa-Bank and VTB Bank), whose share in the Belarusian banking sector is below 25 per cent.

Contrary to numerous speculations, the share of Russian capital in the Belarusian economy is gradually decreasing. The last major privatization transaction with the participation of foreign capital took place in 2011, when Gazprom purchased the remaining 50 per cent stake in Beltransgaz. Belarus obtained a very good price for 100 per cent of the company’s shares — USD5bn in the years 2007-2011. This accounts for almost half of all Russian investments in Belarus over the period of nearly 30 years. Since 2011, Belarusian authorities have not sold a single large enterprise to foreign investors, either from Russia or from any other country. The share of Russian direct investments in the cumulative foreign investments in Belarus has decreased by 9 percentage points since then, from 64 per cent at the beginning of 2012 to 55 per cent at the beginning of 2018.

As long as there is no political consensus on privatization in Belarus (and there is no such consensus for the time being), the share of Russian ownership in the Belarusian economy should not increase. Despite the pro-integration rhetoric, it seems that in recent years the Belarusian authorities have been deliberately limiting the influx of new Russian investments, while simultaneously trying to attract foreign investors from other countries.

However, the authorities in Minsk haven’t achieved any substantial progress when it comes to the diversification of exports and the sources of energy supplies. Over the last few years, no real effort has been made in these spheres in order to reduce the country’s dependence on its eastern neighbor. Belarus has greatly benefited from its relations with Russia, which also stopped it from taking action in the aforementioned areas. This has resulted in a situation in which the relations between Minsk and Moscow are dependent on political promises rather than market mechanisms. Such an arrangement is bound to generate a lot of conflict in the future. 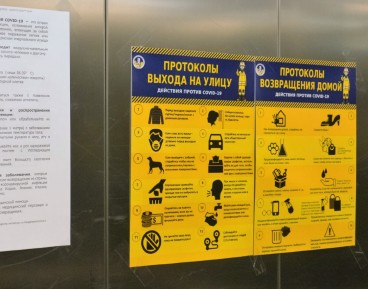 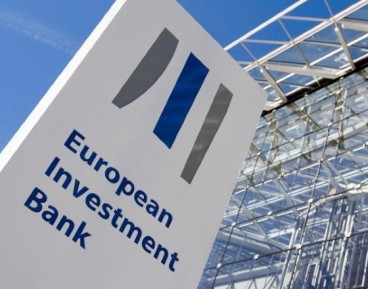 Category: Macroeconomics 25.09.2020
As the political crisis in Belarus increases, banks find themselves under severe pressure. With an ever growing number of people withdrawing money, the National Bank of Belarus has no choice but to sell its reserves on financial market to counter-weight the fall in value of the Belarussian currency. 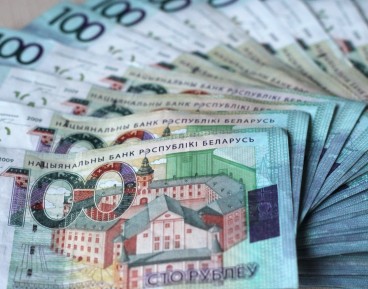