BREXIT battle may force Britain to sleepwalk out of the EU

30.01.2016
The British Prime Minister David Cameron is struggling to move the debate on BREXIT among the members of his own cabinet ahead of the EU Council in February, a state of affairs that is making him become an opposition in his own cabinet. 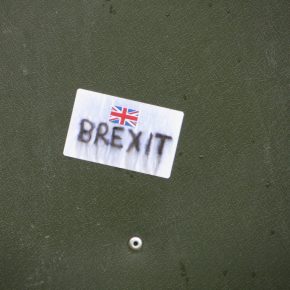 Next month he is expecting to proceed with the UK’s EU reform agenda, underpinning his plea for the UK to stay in the EU, but his real problems are in Britain and not in Brussels or the rest of the EU, where member countries from the Netherlands, currently holding the EU presidency, to Bulgaria are trying to help him achieve results in his negotiations. One exception is curbing the Maastricht Treaty, which guarantees free movement of people in the EU, as British demands to remove equal access to work-in benefits for EU citizens in the UK signifies exactly that.

Outside this issue, given the outcome of his tour across the EU at the end of 2015 and in early 2016, Mr Cameron is likely to find a wider support on the remaining three chapters, including competitiveness, economic governance, and sovereignty of UK’s conditions to remain in the EU.

Competitiveness is about removing excessive EU regulation, while the economic governance demand is about an opt out from any closer financial union and potential Eurozone countries’ bail outs, while ensuring that non-Eurozone countries are not disadvantaged. Sovereignty is to give more powers to the UK’s own Parliament.

The most recent demand of the 1922 Committee of Conservative backbenchers to have a free vote, including members of the cabinet, on the EU referendum. This raised new barriers in Mr. Cameron’s attempt to lead his party on his pro-EU position. The worst aspect of this is that the 1922 Committee of 60 MPs required their members as well as cabinet ministers to vote as they like, i.e. against staying in the EU and in opposition to their own PM.

Last week, Mr Cameron spoke from Bavaria in Germany and the Hungarian capital Budapest about BREXIT and what he will allow his Eurosceptic ministers to do ahead of the UK’s EU negotiations. Namely, he said:

“I expect to give my ministers the freedom to express their opinion on the UK’s EU membership after the membership negotiations with the rest of the EU countries conclude.”

“If Britain leaves the EU, the government will make it work”, said the UK PM in a public statement. He also sent letters to all his ministers defining how to express their opinion if they choose the BREXIT option, calling for a “united, harmonious, mutually respectful” team.

Mr Cameron expects his MPs to defend a pro-EU position in Parliament and not promote BREXIT if the debate issue is part of their portfolio, as he is hopeful to get good results in Brussels next month. However, his plea for his MPs to undertake “collective responsibility” might be watered down through unclear public statements they continuously make before the UK media.

Mr Cameron’s former foreign secretary William Hague said that the cabinet should follow the PM’s leadership on the EU membership referendum in a BBC interview on January 13, but the minister was also part of a coalition Conservative-Liberal Democrat government, not a single party Conservative cabinet.

No plan “B” if Britain leaves the EU

At a recent Whitehall briefing, even ardent Eurosceptics said that “we have no plan for what is going to happen if the UK leaves the UK” outside the transitional administrative procedures envisaged in EU legislation. Mr Cameron said this week, if this happens he will make sure that the transition will be just for Britain. Meanwhile, the lack of a decent plan for UK outside the EU is not what the UK media or Eurosceptic figures publicly talk about, especially outside of the UK’s business community across Britain and in the City of London financial centre in particular. These stakeholder communities demonstrated in various campaigns and forums that they would mostly vote for Britain to stay in EU, together with over 2 million British expats, who live elsewhere in the EU.

However, neither of these aspiring projections included the impact on the British economy and the country as a whole if it leaves the EU.

If the UK leaves the EU, this also means that Scotland will likely leave the UK, as the Scottish National Party (SNP) leader Nicola Sturgeon has declared on a number of occasions. The recent launch of the first ever UK astronaut, Tim Peake, in space last month made it clear that this has only happened because of the UK’s participation in the European Space Agency programme. Meanwhile, the UK government has only invested GBP 6 million in its own astronaut’s 6-year training, so UK ambitions in the space industry, and separately in science, where it receives large EU funding, could be also negatively affected if the UK chooses to stay outside the EU.

Conservative MPs, who recently gave interviews talking about why they want the UK to leave the EU to protect its borders, did not say from whom and how the UK’s immigration may be reduced in such a scenario, as more than 60 per cent of last year’s 357,000 new comers to the UK came from outside the EU.

The UK’s Spending review has also found that EU citizens in the UK have contributed an extra GBP3bn in the national budget, making much needed savings for social expenditure in the UK, which the UK Treasury had previously planned to suspend.

Meanwhile, under the pressure of the Syrian refugee crisis, including the costs (GBP1.1bn for the UK alone, as the biggest EU donor), the public debate about the EU often mixes overall immigration, EU migration and the irregular immigration from the Middle East. As a result, towards the end of 2015, a number of public opinion polls suggested that 30pc of the UK population wants to stay in EU, around 30 per cent and growing do not and the other 30 per cent are not decided. How this last segment will vote at the last minute based on the public debate on the EU from now until July 2016, the most likely date so far of the UK’s referendum on EU membership, remains anybody’s guess. The EU citizens in the UK of about 2 million people, the same number as the Brits in the EU, have also started a number of NGOs, initiatives and campaigns for the UK to stay in the EU.

In case of Brexit, UK’s trade and investment interests in CSE may dwindle

The City of London is running a number of its own pro-Europe campaigns as the UK’s exports to the EU are around 44.6 per cent of goods and services and 53.2 per cent of the UK’s imports of goods and services. However, strong economic growth in many developing economies outside the EU has resulted in non-EU economies growing in importance to UK trade, with the proportion accounted for by the EU falling consistently since 1999, despite the value of EU trade increasing, according to UKTI.

Faster growth in the value of UK imports compared to exports to the EU has resulted in the UK’s overall trade balance with the EU deteriorating (with the value of imports exceeding exports), with the trade deficit widening notably, reaching GBP61.6bn in 2014 compared with GBP11.2bn in 1999.

However, the biggest and not yet clearly calculated cost of BREXIT is the cost of negotiating trade tariffs and agreements with international partners outside the EU, as the UK will not be able to use the EU’s common trade tariffs with the rest of the world if it leaves.

In either case, the EU share of the UK’s imports and exports remains high and this was reflected in the statement of the Labour Party’s pro-EU campaign leader, Allan Johnson, a former Home Secretary in 2009-2010 to the BBC on January 13th, saying: “Staying in Europe means not staying alone in the world”.

In CSE, where investment is also poured into the Western Balkans from the EBRD, the EU and the World Bank, the UK has last year showed a particular interest in the region through various trade missions and sectoral negotiations, including mega transport opportunities in railway development in Romania, Bulgaria and Poland. Bulgaria is receiving EUR1bn from the EU in support for its railway infrastructure (of total EUR8bn EU funding over the next few years), Romania – EUR9bn, while Poland – some EUR20bn by 2030. The UK has seen these major opportunities to sell skills and services as well as make guaranteed returns on investments. This means this part of Europe is a particularly lucrative extra source of new business opportunities, along with water infrastructure and new nuclear power projects in Bulgaria and Romania.

Harold Wilson, the UK’s former Labour PM, once faced similar challenges during the UK’s referendum on EU membership in 1975, when 67 per cent of Brits voted to stay in the European Economic Community, after his cabinet was also divided and he needed to surrender collective cabinet responsibility in the vote.

At that time, Britain also voted to be a member of a future European Parliament, so essentially, the UK has already voted on the economic and political union. Once it goes through the forthcoming referendum, potentially ‘staying in’, it will remain to benefit better from the opportunities in the EU. 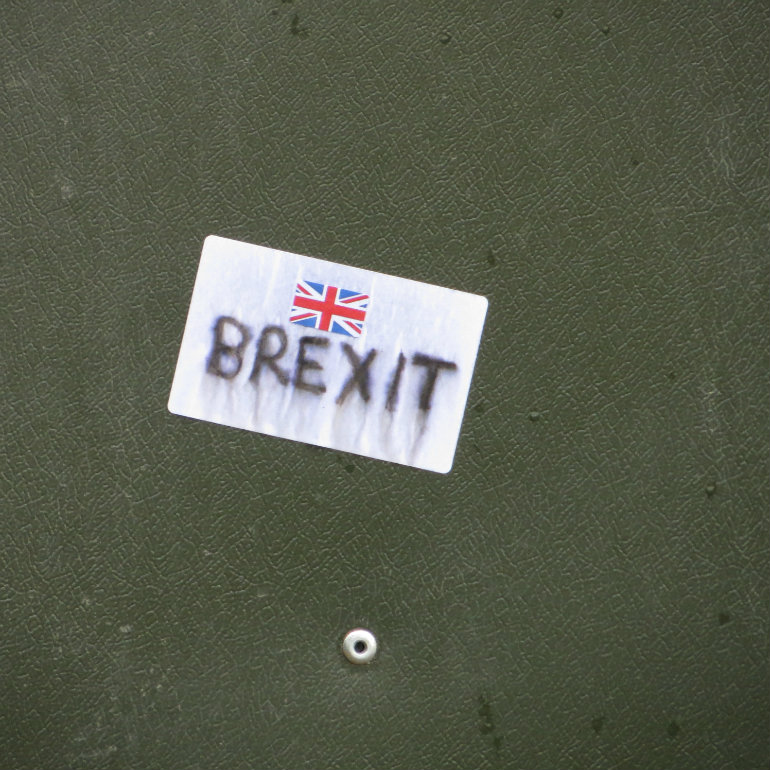