20.09.2021
Inflation in Britain has remained well under control since the financial crisis. Monetary and government debt management policies have become much more closely connected, and it will be important to loosen the connection while containing post-pandemic inflation pressures. 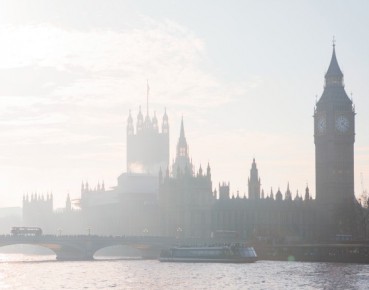 The financial crisis of 2007- 2008 brought an end to a long period of economic growth. The United Kingdom was the scene of the first act of the crisis, namely the run on Northern Rock bank in 2007. The first bank run in Britain since the 19th century created a sense of panic, which had an unmeasurable but surely substantial effect on global financial markets during the following year. A year later, in September 2008, the crisis entered a much more serious phase when the investment bank Lehman Brothers failed.

The British economy suffered particularly badly from the financial crisis. For one thing, the U.K. specialises in financial services. For another, the economy was quite highly leveraged and therefore vulnerable to sudden restriction of credit. Gross Domestic Product fell by 0.3% in 2008 and 4.1% in 2009.

The Bank of England actually raised short-term interest rates to 5.25% in February 2008, as the financial crisis was developing, and did not make substantial cuts until after Lehman Brothers’ failure had led to a liquidity crisis in global financial markets and the drying-up of bank credit world-wide. By early 2009, short-term interest rates had been cut to very low levels, and they have remained very low until the present day.

At that time, commercial banks were crippled by losses and desperate to raise cash to survive. Moreover, bank regulation had, not surprisingly, been made much more restrictive after the crisis. Banks were unable to lend even to low-risk borrowers as they customarily had done. It was clear that the economy needed more stimulus than low short-term interest rates alone could provide. For a period, the Bank of England provided liquidity to the commercial banks by asset swaps, in which they lent liquid Treasury bills to banks in exchange for commercial assets. This scheme was effective in alleviating the banks’ liquidity strains, but it was terminated in 2012. It was succeeded by the Funding for Lending scheme, under which the Bank of England provided funds for banks at below-market rates if they increased their lending to domestic borrowers.

However, the main, and longest-lasting, monetary policy instrument of the post-crisis period was quantitative easing, which began in the UK in March 2009. It involved the Bank of England purchasing government bonds (not short-term bills) in exchange for increased interest-bearing balances in the commercial banks’ reserve balances at the Bank of England. It was intended to depress longer-term interest rates, and thus represented a kind of commitment by the central bank to keep short-term interest rates low. The Bank of England concentrated its purchases at long maturities – in 2009-2012, three-quarters of them were at maturities of seven years or longer. Other central banks adopted similar policies: in the United States, the Federal Reserve bought large amounts of government securities and mortgage backed securities as part of its economic support programme, and the European Central Bank bought very large amounts of assets. The Bank of Japan had already embarked on quantitative easing before the financial crisis, and accelerated its asset purchases from 2013.

In the United Kingdom, the initial tranches of QE were quite effective in supporting economic recovery, partly because they caused the exchange rate to depreciate. Inflation remained subdued throughout the decade, and there were periodic new tranches of QE, begun in 2011 and 2016 (after the Brexit referendum). By the time the post-referendum tranche of QE had been completed, the Bank of England’s total government bond holdings were £435 billion, or about 20% of Gross Domestic Product. None of the QE that had been undertaken was reversed, as it was for a period in the United States, and indeed the Bank of England has said very little about how it would manage the reversal of QE.

The outbreak of the coronavirus pandemic in 2020 changed the monetary policy environment completely. The British government decided to provide extensive budgetary support to individuals and businesses whose earnings were disrupted by the restrictions that were imposed to contain the spread of infections. The budget deficit exploded from 2½% of GDP in April 2019 – March 2020 to 14% in the following year.

As in the United States, there was a sudden loss of liquidity in the government bond market in March 2020. A surge of sales by investors was too powerful for the market-makers to absorb, and after a government bond auction on 19th March, the market ceased to function as bids disappeared. Some action was clearly required, and the Bank of England, like the Federal Reserve, announced further quantitative easing. The purpose was partly to restore the functioning of the government securities market. In addition, the action seems also to have been intended to restrain the rise in bond yields that would otherwise have occurred: the Bank of England was anxious to minimise the ‘scarring’ of the economy that the pandemic would cause.

The tranche of quantitative easing announced in March 2020 was followed by two further tranches, in June and November that year. By the time the programme was completed, late in 2021, the Bank of England’s portfolio of government bonds would be £875 billion – about 40% of GDP and 35% of the amount of government bonds outstanding.

The British economy has recovered as the vaccination programme has progressed and restrictions on movement have been eased. Bond yields rose in the spring of 2021, despite the continuing quantitative easing programme, as investors became concerned about inflation in both the United States and the United Kingdom. In May, the Bank of England forecast that inflation would probably increase to a level a little above the 2% target at the end of this year, and that the increase would be temporary. However, in June, inflation had already reached 2.5%, not in itself alarming but distinctly higher than the Bank of England had expected a month earlier. The Bank of England has revised its forecasts upwards, though it still expects the inflation increase to be temporary. It has indicated that short-term interest rates may be increased in 2022, earlier than previously suggested; it has also made it clear that it will increase short-term interest rates faster than it is currently forecasting if necessary to meet the inflation target. In the United States, too, inflation has exceeded the central bank’s expectations.

Meanwhile, the large UK budget deficit of 2020-2021 has caused the government debt/GDP ratio to increase from 80% in 2018 – 2019 to over 100%. And the quantitative easing programme has, in effect, greatly shortened the maturity of the government’s debt. Quantitative easing has withdrawn from the market over £800 billion of fixed-interest government bonds and replaced them with deposits at the Bank of England which bear interest at floating rates. The quantitative easing programme is not yet complete, but the Bank of England has now specified the conditions under which it would begin to reverse it.

Quantitative easing has withdrawn from the market over £800 billion of fixed-interest government bonds and replaced them with deposits at the Bank of England which bear interest at floating rates.

If short-term interest rates were to rise, the Bank of England’s interest costs would increase immediately, but its income would increase only slowly, because the interest on the bonds in its portfolio is fixed for substantial periods. The Bank of England would therefore make losses for a period. The losses would be met by the government, because the Treasury has indemnified the Bank of England against the costs of the quantitative easing programme. Therefore the losses would add to the budget deficit. The scale of the losses would depend on the scale of the increase in interest rates. The Office for Budget Responsibility has calculated that an increase of one percentage point would cause the government debt/GDP ratio to rise by 0.5%.

In some circumstances, such an increase could be readily absorbed. For example, if the increase in interest rates were to be accompanied by a parallel increase in the rate of economic growth, then there would be no effect on the sustainability of the government’s finances. However, there are other, plausible, circumstances in which an increase in interest rates would threaten government debt sustainability. The government does not intend to use inflation as a means of reducing its debt burdens – it announced in March 2021 that the inflation target for 2021-2022 would remain unchanged – and in any case the effect of inflation on the debt/GDP ratio is limited by the large amounts of short-term and index-linked government debt.

Therefore an increase in interest rates, which might arise from a combination of unexpectedly strong inflation and international developments, could create the need for a tightening of fiscal policy. Such a tightening would be politically unattractive, though it might be unavoidable.

In the century from 1815-1914, monetary policy in Britain was conducted largely without reference to government finances, which were managed strictly according to the balanced budget principle. After the outbreak of war in 1914, that was no longer possible. Monetary policy and government finances became inseparable: they were two aspects of the same subject. It was not possible to separate them again until the late 1980s, when the advantages of prudent fiscal policies became widely recognised, and in the model of independent central banking that developed in the 1990s, it was assumed that government finances would be stable and that monetary policy could be conducted without reference either to fiscal policy or to government debt management.

The Bank of England has outlined a plan for reversing quantitative easing. The Bank has said that it will consider active asset sales when Bank rate reaches at least 1.0% (currently is 0.1%).

The Bank of England has outlined a plan for reversing quantitative easing. When Bank rate, which is currently 0.1%, rises to 0.5%, it plans to cease reinvesting the proceeds of maturing assets. Less than half of the government bonds in its portfolio mature within seven years, so that shrinking the portfolio only as the bonds in it matured would be very slow. The Bank has said that it will consider active asset sales when Bank rate reaches at least 1.0%.

The longer-term bonds in the Bank of England’s portfolio could not be sold quickly in large amounts. However, the Bank could exchange its long-term bonds with the Treasury for newly-created short- and medium-term ones, in a transaction entirely within the public sector. Those short- and medium-term bonds could be sold into the market more easily. If such an operation were undertaken, then there would be a longer delay before any increase in short-term interest rates affected the government’s finances. The government would have more time to consider how to tighten fiscal policy, and less reason to urge the Bank of England to keep rates low. The connection between monetary and fiscal policies would be loosened.

It should not be thought that the problems of quantitative easing affect the United Kingdom alone. Essentially the same issues arise in the United States. They would also arise in Japan, where quantitative easing has been conducted on a much larger scale than elsewhere, in the interests of preventing deflation, if the risk of inflation rather than deflation were to become a matter of concern.

The author used his conclusions from the following publications: 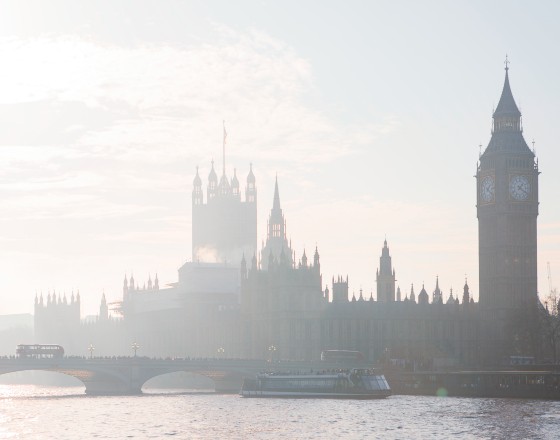