Central Europe will be catching up faster than Asia

The economic downturn in the emerging markets raises questions about their future. Will they continue catching up with the developed economies in spite of the current downturn, as they have over the past 20-30 years?

Or will we go back to the years 1870-1970, when the poorer countries maintained a constant distance or even increased their distance from the wealthier countries? In other words, is the great convergence a permanent process or is it only a passing whim of history?

The great convergence could be seen in the differentiation of income levels across the world – from the times of the industrial revolution until the 1970s economic divergence increase because the wealthy nations were growing quickly and leaving the poor nations behind. Economic differentiation has been rapidly decreasing since the 1970s due to the poorer nations’ catching up with the affluent ones.

The dominant view in international financial institutions is that the great convergence will continue. This is clearly reflected in the forecasts of the International Monetary Fund (IMF). They indicate that the average growth rate in the emerging markets in the next five years will reach 5 per cent, which is 0.4 percentage point higher than the average for the years 1980-2015. As much as two thirds of this growth will be generated in Asia, and in particular in large economies, such as China, India or Indonesia. Emerging Asia is to grow at 6.2 per cent, which is only 1 percentage point lower than the average for the years 1980-2015, which was extremely high. 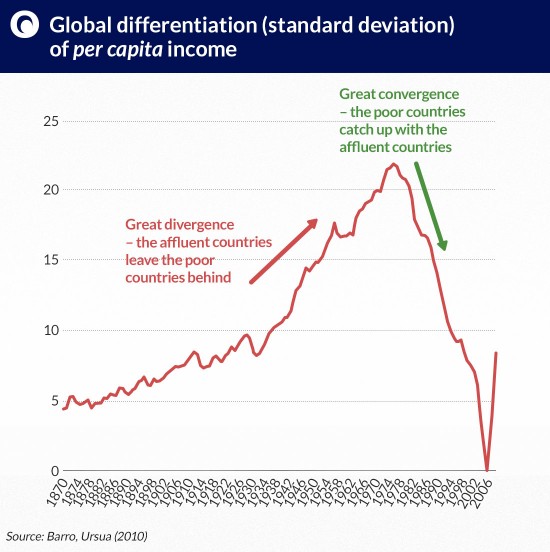 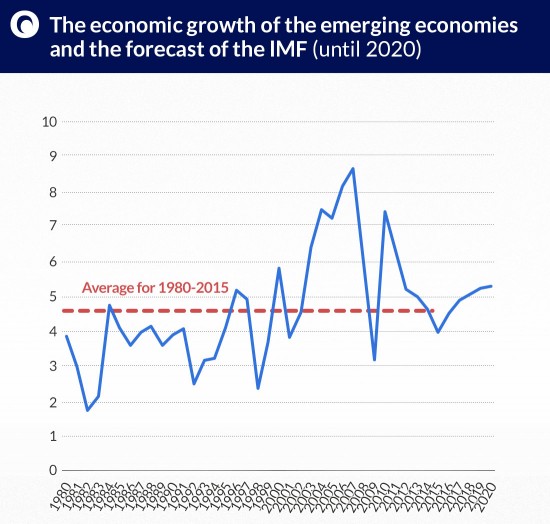 Many economists, however, are now questioning this optimism. Robert Barro, who became famous for his research on economic growth, has recently published a study in which he warns that in the long term China could grow at a rate of 4 per cent or lower (3.5 per cent per capita, plus the population growth which should be positive over the next decade) – compared with over 6 per cent according to the IMF’s forecasts and 6.5 per cent assumed by the government in Beijing. A similar study was recently published by Lawrence Summers (who popularized the secular stagnation hypothesis) and Terry Pritchett. They claim that in general the forecasts for the major Asian economies are too optimistic.

Both models are quite similar to each other in the sense that they attempt to estimate the achievable growth rate as a function of the level of development (convergence – poorer countries develop slightly faster) and a small number of additional structural factors. They follow in the footsteps of literature which flourished especially in the 1990s. For Barro these factors include the investment rate, the quality of the rule of law or the commercial openness of a given economy. Summers and Pritchett have an even simpler approach. In their opinion, the attempt to find an exact set of determinants of growth is pointless because there is no consensus on any such group of factors. They argue that in terms of statistics, the best forecast is some sort of a weighted average calculated from the long-term global growth rate, the historical average for a given country, and the effect of convergence.

Both models also share one common conclusion: the rapid growth of the emerging markets over the past 20-30 years does not by any means guarantee that the same fast growth rate will be achieved in the following years. On the contrary, it is better to forecast that the extraordinary performance of a given country will not be continued. This does not mean that convergence will be completely stopped, but that its pace may be disappointing, especially when compared with the recent decades. Barro argues that the political consequences of the economic slowdown could turn out to be the biggest challenge for China. This argument can be applied to other countries as well. The dream of quickly catching up with developed countries may not be achievable, and fulfilling the aspirations of the emerging middle class may prove extremely difficult politically. 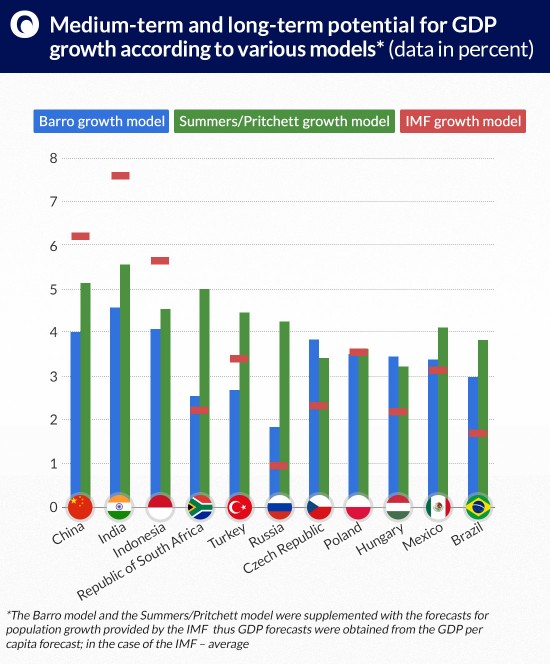 Does the warning that growth rates in the emerging markets could be lower than expected also apply to other regions? I have „entered” the data from other countries to the models presented by Barro and Summers to see how their future shapes up. It turns out that the models can sometimes lead to opposite conclusions. In some cases these models show better outcomes than the IMF forecasts – this is true for example in the case of Russia, Brazil, the Czech Republic or Hungary. The first two countries are particularly interesting in this context, as an atmosphere of deep pessimism has grown around them in recent years. This pessimism may have excessively permeated medium-term forecasts, which underestimate the structural growth potential of these markets. This potential is indeed low, but it does not necessarily have to mean stagnation.

Poland as an exception?

Meanwhile, Poland is a particularly interesting case. Models constructed by Barro and Summers indicate virtually the same growth rates as the IMF forecasts – 3.5 per cent. This consistency is unique in comparison with other countries, as shown in the diagram. One could be tempted to say that whichever way we look at the Polish economy, it is developing in accordance with its potential. In 2014, the average GDP growth amounted to 3.6 per cent.

This is both much and little at the same time. It is a lot, as it enables the systematic improvement of the quality of life. It is little, however, as the expectations are much higher. The public discourse often reveals the desire for Poland to quickly catch up with the West in terms of income and living standards. With a GDP per capita growth rate of 3.5 per cent this will be a very arduous process, and the majority of people living today will probably not be around to see its completion. Assuming that Germany continued to increase its GDP per capita at the rate of 1.5 per cent per year, Polish 3.5 per cent growth rate would enable the country to catch up with its western neighbor in approximately 40 years. If Poland increases its growth rate to 4.5 per cent, it would catch up with Germany in less than 25 years. On the other hand, the decrease of Poland’s growth rate to 2-3 per cent would render this goal virtually impossible to achieve.

Robert Barro’s remark that acceptance of a moderate growth rate could constitute a big political challenge, is thus highly relevant to Poland. The policymakers will have to be careful not to cross the fine line between setting ambitious goals and setting goals that are simply impossible to achieve. The former can mobilize the society, while the latter may cause growing frustration with the enduring economic underdevelopment. 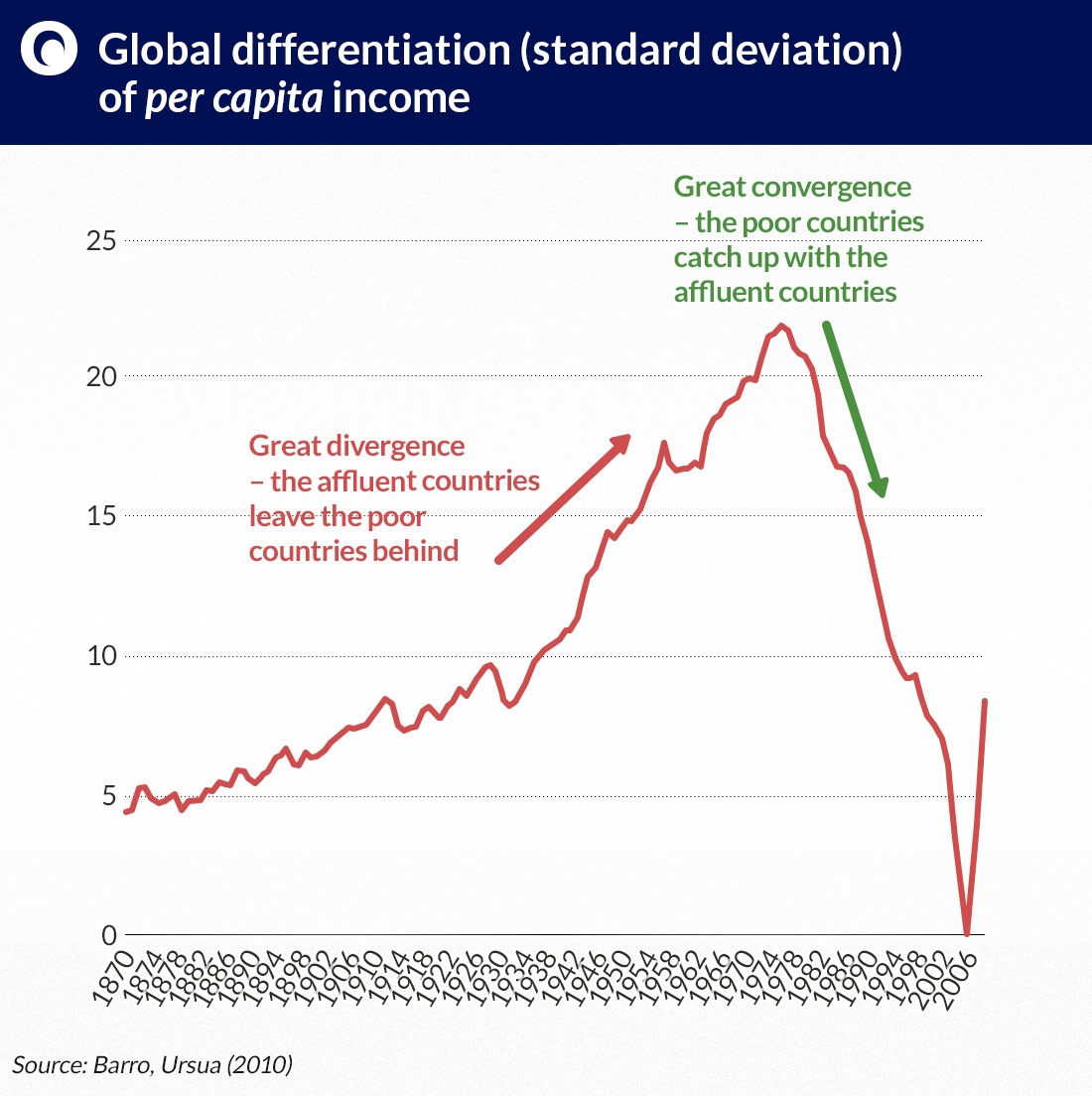 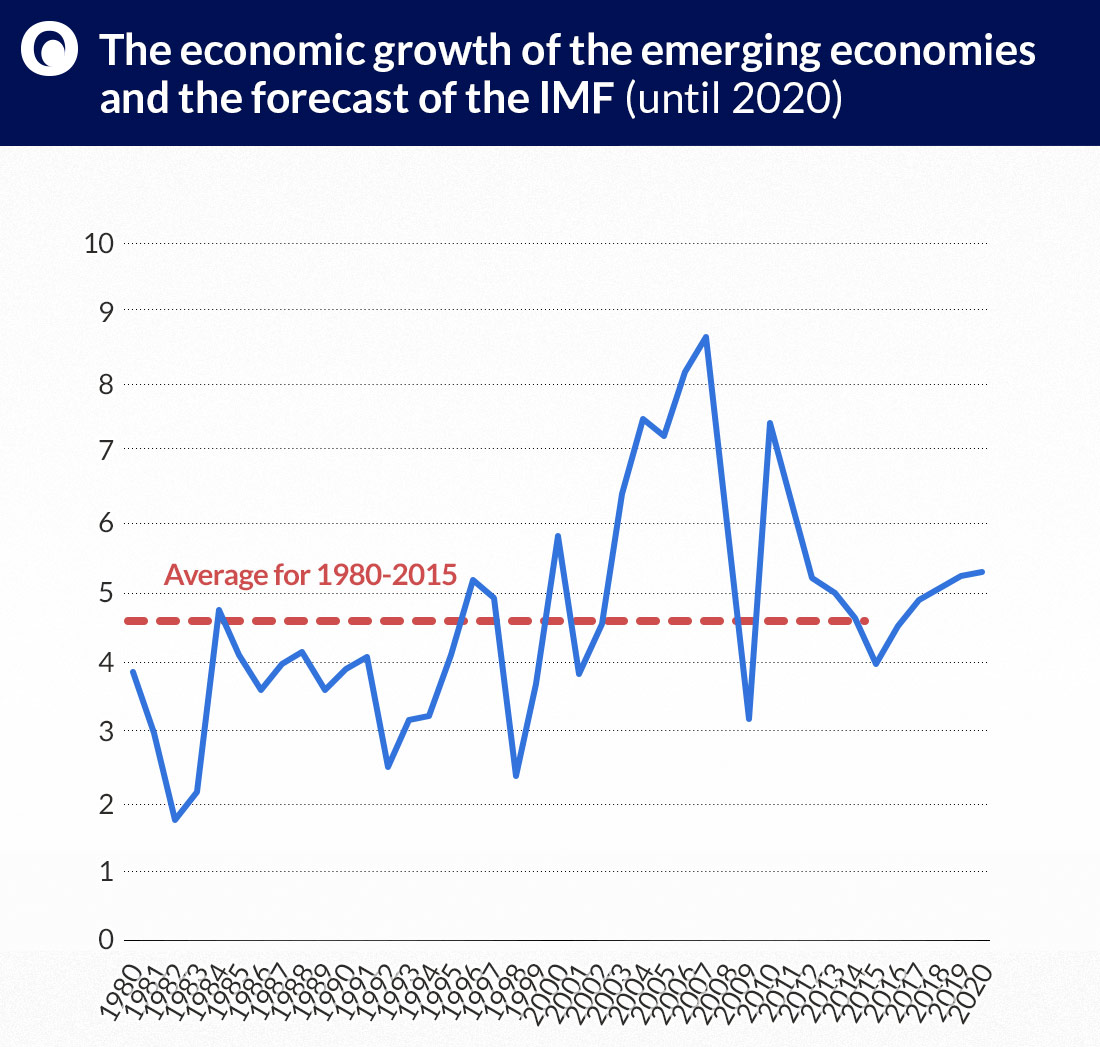 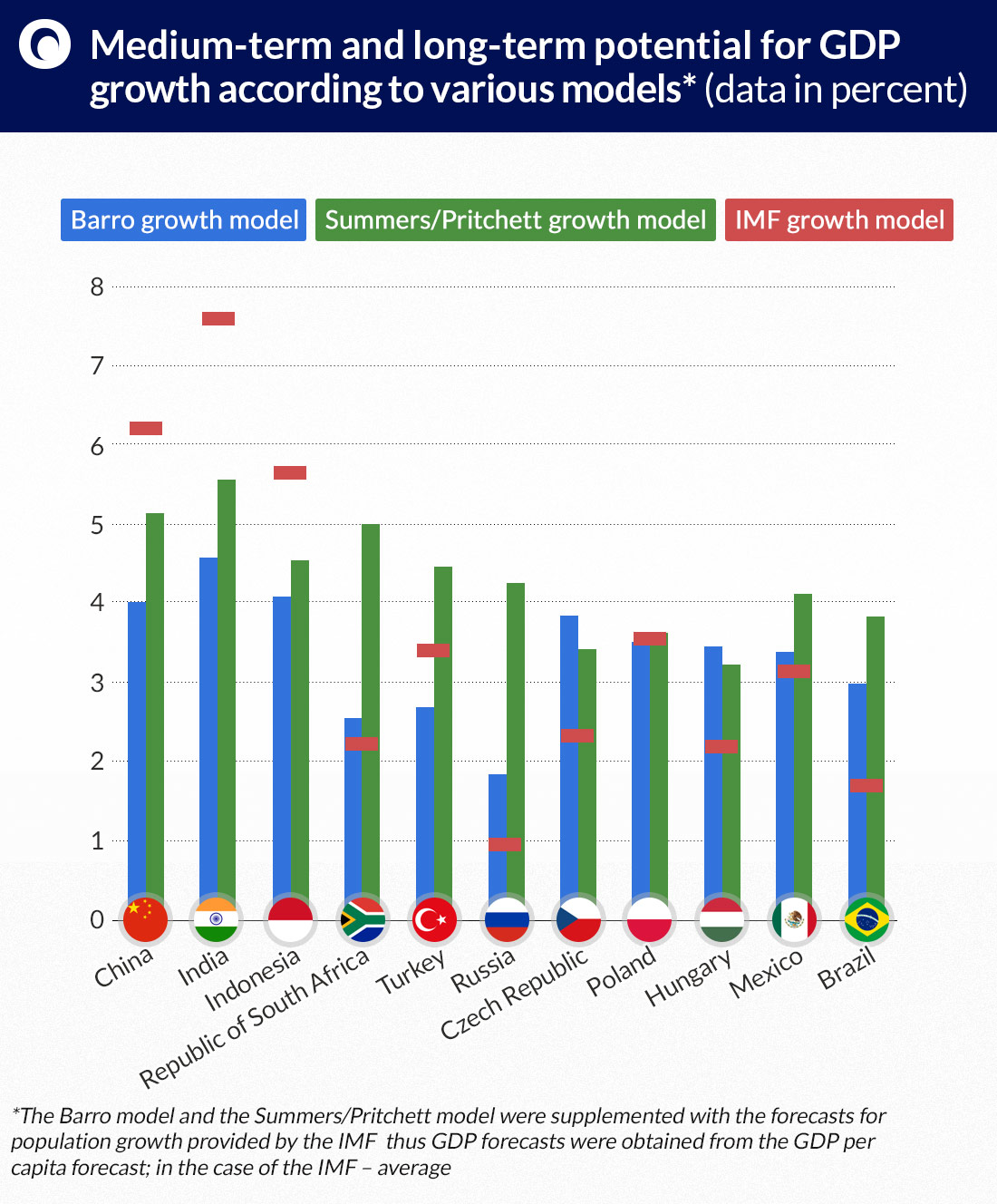