28.06.2016
Ukraine is plagued by numerous problems, but corruption breeds the biggest one of all – the crisis of confidence, says Aivaras Abromavicius, former Ukrainian Minister of the Economy. 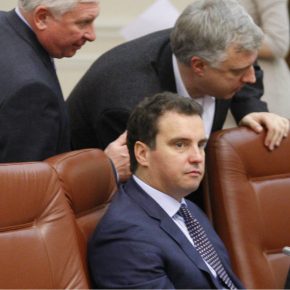 CE Financial Observer: Ukraine is a country which had the misfortune of getting an oligarchy instead of the rule of law after the downfall of the Soviet Union. What is the biggest problem the country faces today?

Aivaras Abromavicius: The corruption associated with the ruling oligarchs. Two years have passed since the Euromaidan events in Kiev and Ukraine still suffers from a crisis of confidence and values. People are completely fed up with the kleptocracy pervading the tops of government, they want to live like Europeans. Regrettably, the subsequent governments keep repeating their predecessors’ mistakes. They aren’t determined enough to fight corruption, even though new institutions serving this purpose, such as the National Anticorruption Bureau and the Agency for the Prevention of Corruption, have been established. These institutions, however, haven’t worked the way they should from the start, and it is corruption that continues to be the biggest problem in Ukraine.

Did your resignation from the position of Minister of Economic Development and Trade of Ukraine have anything to do with it?

In the ministry we have really done a great deal to reform this country. Our greatest success was the introduction of an internet system of public procurement which will limit the room for corruption on the one hand, and bring USD2.5bn a year in savings, on the other hand. I think that the change of the directors in the biggest state-owned companies, some of whom had been directors “by profession” for up to 50 years, was also an important step.

Hence the managerial appointments for people like Wojciech Balczun, a Pole who now heads the national railways. Another change concerned the remuneration system of managers of state-owned enterprises. Until then, they had officially earned peanuts, and unofficially – thanks to embezzlement and bribery – millions. If Balczun succeeds, he may earn up to USD1.5m a year.

Will Balczun manage to revive the railways?

He succeeded in Poland.

But in Poland he was only in charge of cargo railway transport.

Yes, it’s true. However, I think he is a talented manager and chances are he won’t sink. He only needs to build a team of right people. Without a trustworthy team he’ll be helpless. Especially that resistance to the restructuring will be quite strong.

They say that your reformist ideas were too bold. You have harmed the interests of many groups by introducing extensive deregulation.

Yes. We have deregulated the market of permits and licenses, removing 40 per cent of all the bureaucratic barriers to access some professions. My motto was simple: the fewer points of contact between the state and business, the smaller the room for corruption.

It wasn’t, however, the direct opposition of lobbyists that led to my resignation. The real problems started when the supervision over NaftoGaz, the biggest fuel company in Ukraine, was transferred to “my” ministry. At this moment they wanted to impose particular members of the Supervisory Board. This wasn’t an honest move and I didn’t want to serve as an umbrella for corruption practices.

While I was prepared for an opposition from the so-called old bureaucracy, I was completely unprepared for negative pressure in this matter coming from the governing party politicians.

Didn’t the government want to reform?

The government might well have wanted to but they weren’t able to bring the members of their own party to support the idea. Parliament would regularly block the most revolutionary bills. A mere 47 per cent of the entire legislation proposed by our government has been accepted by Parliament which is exceptionally strange in times of war and crisis when it is necessary to take action quickly.

In Georgia, during the war with Russia, almost 100 per cent of the proposed laws were passed. In Ukraine it’s already been seven months since virtually not a single economically significant law was passed. Priorities are evidently somewhere else.

What is needed for a breakthrough in Ukraine?

There are two conditions. The first one has already been fulfilled, namely social support for reforms. It’s there. The second one is a generational change among politicians – only the young ones are enthusiastic enough about reforms and don’t have the burden of all kinds of wheeling and dealing. Ukraine is ruled today by professional politicians who have been in the “trade” for 20 years. To accelerate these changes it is also necessary to stimulate the international community – from Poland and Sweden to the US. Let them push Ukrainian politicians into action.

What problems does Ukraine face, apart from corruption?

Ukraine is plagued by numerous problems, but corruption breeds the biggest one of all – the crisis of confidence. People are fed up with their political class. They trust nobody, and when someone young and worthy appears – such as finance minister Natalia Yaresko, for example – they quickly disappear. I think that economy-wise Ukraine’s problem is an inadequate understanding of the changes taking place in the modern world: that cheap labor will no longer drive GDP growth, that what is needed now is a smart labor force and being open to the digital world and new technologies. Not many people think about it in Ukraine. But what can you expect that from a poorly paid, excessive bureaucracy? On the other hand, the fact that Ukraine is behind in many issues in this area gives it the opportunity to advance at a fast pace. When we were introducing the electronic public procurement system we used state-of-the-art solutions. Now Ukraine is among the European leaders in this area.

The founder of the Polish economic reforms, Leszek Balcerowicz, has set out on his advisory mission to Ukraine. Aren’t Ukrainians tired of foreigners telling them what to do?

Quite the contrary! The situation in Ukraine is unique: society expects western support, and what they expect is not just advice, but actual leadership, involving even the supervision of changes. Unfortunately, Parliament effectively prevents this from happening.

And what do you think of Balcerowicz himself?

His function is purely advisory. I understand that he is supposed to support the government in its reformist ideas. But he is just one of many advisors, and what is more, he doesn’t come to Ukraine that often.

Former President of Georgia, Mikheil Saakashvili, the current governor of the Odessa Oblast, didn’t speak too highly of Balcerowicz.

According to Saakashvili, advisors aren’t needed any more because we know what to do. He thinks that all what we need now is action.

Ukrainian politicians fear that if the West assists their country by extending its financial and technical support, it will expect something in return, and then they will lose their already frail independence. Is this fear justified?

In my opinion, a model according to which states or institutions assist somebody and expect them to meet certain criteria in return isn’t controversial. When after the WWII the Marshall Plan was introduced there was only one condition: no communists in the governments of the countries included in the plan. So, if a country helps Ukraine, it has the right to expect anti-corruption measures and reforms introducing the rule of law.

Let me re-emphasize the important role to be played in Ukraine by Poland, which epitomizes – perhaps you don’t quite appreciate that at home – good transformation. You have robust institutions, a low level of corruption, a strong middle class, the rule of law, entrepreneurism and a national spirit.

How significant is privatization to Ukraine?

In the long run, it is the only effective cure for corruption. In the short run, during my term in the office, we focused on putting public sector companies in order. In addition to the replacement of managerial staff with competent people that I mentioned earlier, we wanted to raise the dividends paid out by these companies.

The leader of my team in Ukraine, former secretary to the Minister of the Economy of Lithuania, succeeded in increasing the dividends of state-owned companies 15-fold. We wanted to do a similar thing, but we failed. There was chaos in the companies – there was no even elementary financial reporting or supervisory boards. Regrettably, we didn’t have enough time to change it.

Do you think that in view of the formidable internal and economic challenges it is still necessary to deal with geopolitical issues such as Crimea?

Absolutely. It mustn’t be forgotten so as not to increase the appetite of Russians. This is a big task still waiting for the international community to resolve.

But isn’t digging up the issue of Crimea going to divert attention from the economic issues?

These things are intertwined. Corruption, for example, is an element of the ancient regime bonding Ukraine with Russia. Ukrainians want a normal life and an independent state. There are two ways of achieving this: one advocates reforms and decisive action at times of crisis and the other says that crisis prevents reforms.

I’m in the camp claiming that crisis should be turned to the advantage of the country, and that can only be achieved through reforms. Geopolitics and domestic policy require simultaneous and coordinated action. One can’t exist without the other.

How should countries such as Poland behave in their relations with Russia? Should they be “at daggers drawn” with Russia in the name of solidarity with Ukraine, or should they keep the two questions apart: their own policy towards Russia and their support for Ukraine?

What kind of trading partner was Russia to its neighbors anyway? A poor one – even before the crisis in Ukraine. They didn’t want Polish meat and fruit, Ukrainian clothing, Georgian wine or Latvian fish. They don’t care about good trading relations. Therefore, I think that solidarity with Ukraine should prevail. Especially in view of the fact that Ukrainians were the first ones in history to die with European ideas in their hearts. Because the Euromaidan protests were an expression of yearning for all that the European Union stands for.

Aivaras Abromavicius – Lithuanian financier and politician, in 2014-2016 Minister of Economic Development and Trade of Ukraine, appointed by the Petro Poroshenko Bloc, the party of the President of Ukraine. He handed in his resignation in February 2016 accusing the government of blocking reforms. 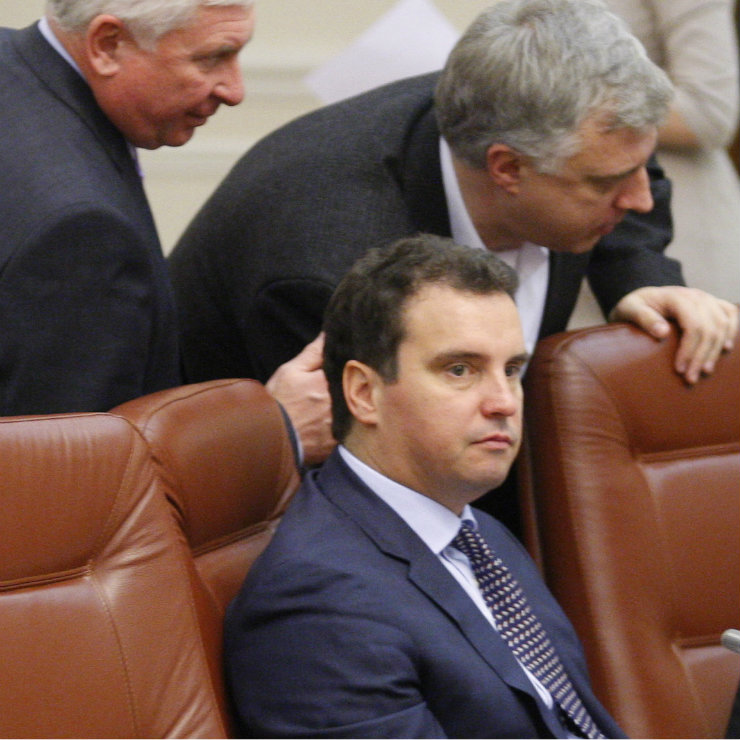