Croatia – between chaos and periphery

29.07.2016
Unlike its southern neighbors, Croatia postulates itself in ‘South-eastern Europe’ rather than in the ‘Balkans’ or ‘former Yugoslavia’. 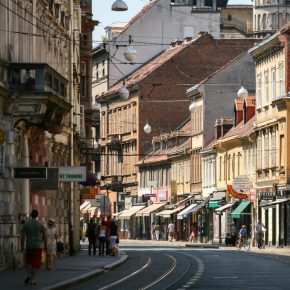 The economic connotation of the former can be more sound, just as ‘Central Europe’ is preferred over ‘Eastern Europe’ or the ‘post-Socialist/Soviet space’ in describing, for example, Poland. Not to mention, the ‘Balkans’ or ‘Yugoslavia’ easily reminds us its troublesome recent history. Paradoxically however, while the term Balkans is associated with the militant political chaos, identifying itself as ‘South-eastern Europe’ seems to coincide with the gradual peripheralization of Croatia vis-à-vis the EU. The rise and recent fall of the HDZ-led (Croatian Democratic Union) government underlined the political segmentation, alienation and frustration in Zagreb and beyond, while the upcoming election shall reflect the challenges Croatia faces, characterized by its economic and technological underdevelopment. Regardless of political orientations, the next government must deal with a number of demanding tasks.

The Croatian economy has been well integrated with the EU even prior to its accession – a seemingly rosy picture. Since the accession, its exports grew almost twice faster than the imports, though the size of exports (mainly to the EU) is still less than two thirds of the imports, the deficit culminating to EUR6bn. Roughly 60 per cent of Croatian exports reaches to the EU (namely, Germany, Italy and Slovenia), while the structure of trade seems to be unfavorable to Croatia.

The list of the main Croatian exports includes processed natural resources such as refined petroleum, petroleum gas, sawn wood and food products, as well as manufacturing parts such as electrical transformers, metals and (passenger) seats. Packaged medicaments and textiles are also found among the major exports. The structural problem is that Croatia needs to import the raw materials for those products, in addition to goods and services needed for medium to long term development.

Crude and refined petroleum accounts for over 12 per cent of all imports. Metals and chemicals used for manufacturing are also heavily imported, and so are machines and equipment. In other words, the added value of processing those raw materials in Croatia for the EU is not enough to support developmental needs in Croatia. Moreover, the Croatian exporting products are still ‘materials’ for further processing (e.g. cars), such that the outsourcing characteristics of Croatia within the EU production chain easily causes the underinvestment in R&D (research and development), a key sector for the medium-term economic growth. The economic marginalization and peripheralization of Croatia may seem inevitable given its geopolitics and geo-economics, and the access to the European Structural and Investment Funds may be a trump card for structural development. Still, neither the political segmentation in Zagreb nor the persistent recession in Europe accelerates the economic recovery in Croatia.

Political economy at the worst

Lamenting the structural obstacles for medium-term development based on its weak positioning in the supranational and global production chain does not lead to solutions immediately available to us. However, given such obstacles, general ownership structures of major enterprises in Croatia as well as political economy of some of the recent scandals are urgent concerns. Like many post-Socialist states, the privatization of state owned enterprises is yet to be completed in Croatia. In relations to the major exports, the key industries such as forestry, water, electricity and transportation, are tightly controlled by the state. Understandably, oil and gas are also considered as a strategic industry for Croatia, and the state holds a sizeable stake in leading INA Group.

INA deals with oil and gas exploration, production and processing. Given the current status of the EU-Russia relations as well as the political uncertainties in North Africa, South-eastern Europe is the remaining strategic corridor for the European energy commodity market. The Hungarian MOL Group thus heavily invested in the region, obtaining the majority stake in INA. A series of corruption scandals related to the transaction mirrored MOL’s commencement of the arbitration procedure against the Croatian government in the alleged violation of contractual obligations. The ruling HDZ leader Tomislav Karamarko, who became First Deputy Prime Minister after the 2015 election, was accused of the conflict of interest as his wife Ana Šarić was a marketing advisor for MOL-INA.

The opposition Social Democratic Party (SDP) swiftly placed a motion of no confidence against Karamarko, and the HDZ-led coalition government collapsed in June 2016 with his resignation. While the anti-corruption sentiment is plausible, it is hard to deny the element of opportunistic politicization visible behind the motion. After all, neither the HDZ government nor the previous SDP government succeeded in transparent privatization or building sustainable economy with participation of foreign investors. In fact, the 2015 election which neither the coalition secured a majority signaled both the increasing political segmentation in Zagreb as well as the public frustration against their economic policies (or the absence of such). The same election made the third largest party MOST (Bridge of Independent Lists) as a king-maker, with its political ambition and opportunism clearly visible during the 75 day negotiations to form the HDZ-led government. The political economy in Croatia seems to exhibit its worst in this time of European financial turmoil.

As an EU Member State, Croatia plays an important role in South-eastern vector of the European policy. Its distancing from the label ‘Balkans’ seems to illustrate Zagreb’s understanding of national branding, while its hesitation to accelerate privatization seems to indicate Zagreb’s reluctance towards rapid reforms. Indeed, such reforms stress daily lives and opportunistic political elites can seize the moment to alternate the Croatian political scenery by deepening the political segmentation. Obviously, the textbook answers in political economy shall direct Zagreb in the opposite direction, encouraging the convergence and cooperation especially during the time of crisis.

Meanwhile, intentionally or unintentionally, economic peripheralization of Croatia will continue. Without structural changes in exports and industries in general, Croatia is doomed to position itself low in the European production chain. Prolonged political impotence leads Croatia to instability. The argument becomes cyclical as the state owned enterprises will be unable to distance from the political chaos and the branding power of ‘South-east Europe’, alongside with Greece, will be found marginal. Therefore, the next government must seek a developmental path for Croatia which shall not deepen the economic peripheralization nor the political alienation – perhaps, by formulating the Europe 2020 equivalent for Croatia in R&D beyond oil refining. 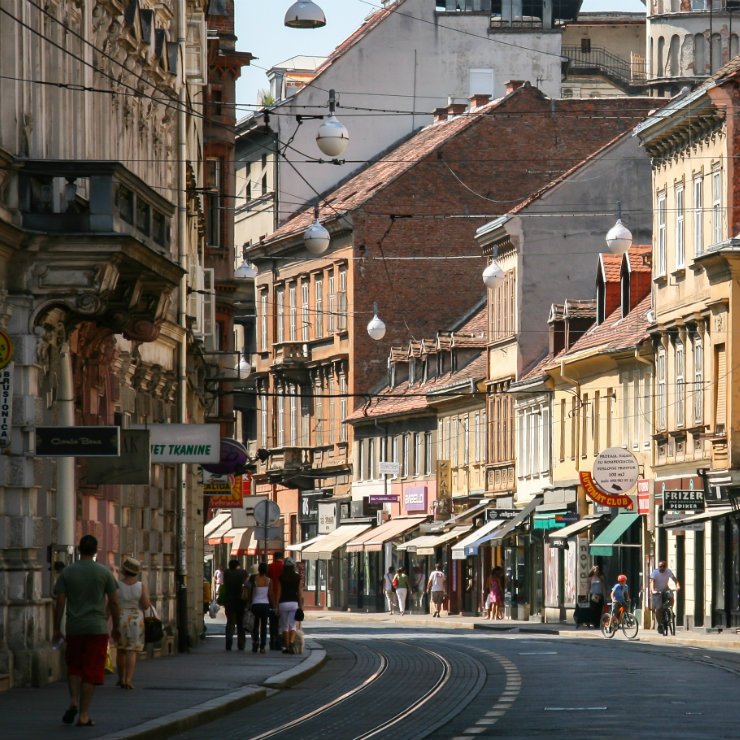