14.08.2017
The potential of the Polish economy is far from having been fully exploited, according to a recent Deloitte report “Investment in Poland: Unused Potential” by Marcin Diakonowicz and Julia Patorska, together with the Polish-German Chamber of Industry and Commerce. 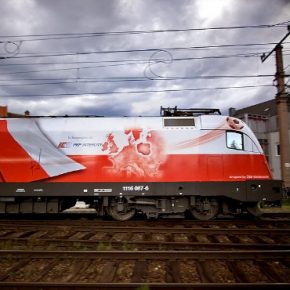 „The full potential of this seventh largest economy in the EU is far from being exploited and one of the reasons is considerably low productivity compared to the more developed EU economies and a low human capital base,” the report reads. „In the 27 years since the transformation, Poland has been preoccupied with catching up with the more civilized and developed economies of Western Europe.”

Authors of the report add that over the last twenty years Poland has doubled growth of capital per employee, outpacing regional rivals Slovakia and Hungary. „Still, the capital saturation is two times lower than that of the more industrialized Czech Republic,” they note. According to most of the indices that measure economic competitiveness and social development, Poland is second in the Central Europe only to the Czech Republic.

The report goes on to note further that the Polish economy has not suffered a recession since 1991, when GDP dropped by 7 per cent. „For these reasons, we have seen the longest period of constant and stable global economic growth ever and the economic upturn has also fostered foreign investment.”

Deloitte notes that in the last twenty years GDP (at purchasing power parity) per capita has increased on average by 6 per cent per annum. For OECD countries, such a long period of constant economic growth has only been observed in Australia. „Unlike other economies, Poland has not been severely hit by the financial crisis or the Eurozone debt crisis,” Deloitte writes.

„The turbulence of these events was absorbed by the size of the internal market and a responsible monetary policy, as well as an efficient supervision over the financial market and a flexible exchange rate system. The economy was further supported by the reduced tax burden, in the years 2007-2008, and EU funds.”

Investment is the key

Investment and capital inflows have been the main drivers of the dynamic and stable growth of the Polish economy, the report continues.

From 2010 to 2015 their share in the Polish GDP was considerably higher than in the CSE region (with Bulgaria being the only exception). A fall in investment in 2016 was observed across the region and was attributable to the delayed allocation of EU funds. But the major financial institutions predict more vigorous investment activity for 2017 and beyond.

The Czech Republic reports the lowest investment risk in the region, but its GDP growth has been two-fold lower than in Poland (an average of 1.5 per cent in 2010-2015). But Poland is also assessed much higher for the quality of its institutions, regulations and social development compared to Bulgaria and Romania.

„In the years 2004-2015 Bulgaria proved the most successful in attracting FDI, but the most advantageous foreign capital structure was seen in the Czech Republic, Poland and Slovakia,” the report notes.

Relatively low production capital in Poland fosters high rates of return on investment. The marginal product of capital, i.e. an additional output resulting from every zloty or euro invested, is nearly four times higher than in the Eurozone, and better than in Slovakia, the Czech Republic and Hungary.

Importing innovative technologies, know-how and improving the efficiency of markets and the public sector may increase productivity of Poland, the report suggests. The report points to robotics and the automation of production processes opening up new opportunities for Polish industry and driving productivity.

Globally, the number of industrial robots per ten thousand employees in the industrial sector reached 69, while in Poland it was only about 28 robots in 2015. Compared to other CSE countries this proportion is still low, as in the Czech Republic, Slovakia and Hungary it reached 93, 79 and 57, respectively, while in Germany it was 301.

One of the most attractive Polish industries for investors is manufacturing, with nearly EUR54bn of foreign capital. This equals one third of the total amount of FDI into Poland. Investors were also interested in the finance, insurance and motor vehicle trade sectors.

According to the Association of Business Service Leaders in Poland, the BPO/SSC sector has gained in importance in recent years, having grown by 20 per cent p.a. and employment in the sector is likely to reach 300,000 people by 2020. In 2016 ca. 1,000 BPO/SCCs operated in Poland (including 676 foreign entities) employing ca. 200 thousand people.

According to German investors participating in the Deloitte survey, one of the priorities of the Polish government should be to remove the barriers between science and business. They stressed that despite obvious benefits from developing the BPO/SSC sector, more advanced business services and R&D centers will refuse to move to Poland if appropriate reforms are not enacted.

Another unrealized potential, and a great advantage for Poland, are start-ups. Some respondents also see the unused potential of more traditional sectors, such as the food processing or the retail industry.

Germany is the key provider of direct foreign investment in Poland. By the end of 2015 German companies had invested EUR32bn in Poland, nearly one fifth of all FDI. According to EY report “European attractiveness survey” FDI in Central and Southeast Europe had a strong momentum in 2016. Poland leaped to fifth place in the European ranking, and the first in the CSE, attracting 256 projects, a 21 per cent increase. The Czech Republic secured 110 projects, up 57 per cent and Hungary and Slovakia also achieved firm gains. The region attracted nearly half of Europe’s FDI industrial projects.

Almost all German investors (95.6 per cent), surveyed by the Polish-German Chamber of Industry and Commerce, declared themselves willing to invest in Poland again. They appreciated Poland’s membership in the EU, which considerably improves the quality and stability of the regulatory environment. Other factors attracting German investors are the qualifications, efficiency and motivation of the human capital and the service quality and capacity of local partners.

Investors value Poland’s economic growth, its wide variety of investment opportunities and its economic stability, but have also raised concerns about an unstable regulatory environment. They also worry about the highly complex tax law and tax enforcement methods; still they do not complain about the tax rates. 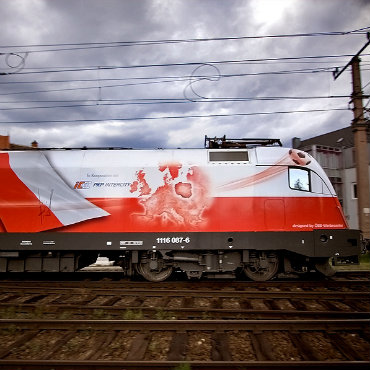