20.02.2017
Serbia is praised by the EU for its economic policies and criticized for the weak rule of law. Meanwhile experts discuss the reliability of the economic statistic data provided by the government of Serbia. 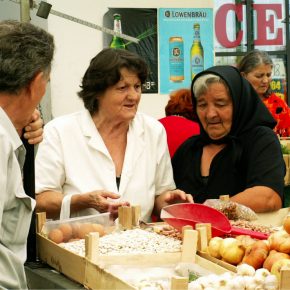 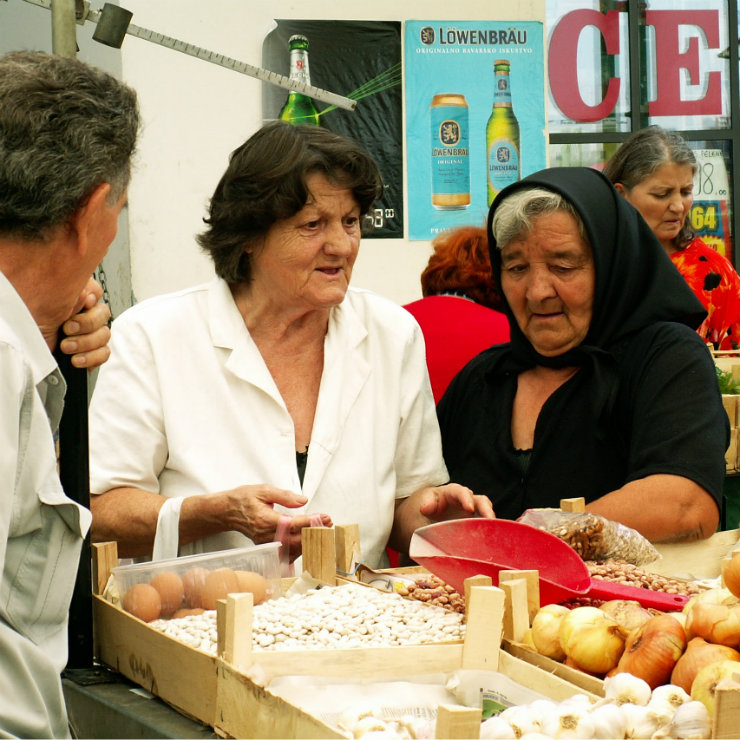 In the final days of 2016, Serbian Prime Minister Aleksandar Vučić met with the head of the EU Delegation in Serbia, Michael Davenport, who presented him with the European Commission report on the country’s advances towards full EU membership. Praise that was given to the country’s economic advances by such an important European institution does a lot for the confidence of the government that derives much of its credibility from favorable economic parameters.

Statistics as an ideology

On the January 24th, 2017, the Vučić gave a statement during the opening ceremony of an IGB Automatic factory in the town of Indjija, underlining the fact that it is the 59th such plant opened during his tenure and that 600 newly established jobs will bring another victory in a fight with an unemployment. The struggle for creating new jobs was elevated as one of the main public topics with parameters and statistical data concerning the issue taking up much of the time during governmental press conferences and media releases.

However, as few critics have already noted, the statistical data published and advertised by the Serbian Government and state-controlled mass media is much more controversial than it seems at first glance. According to the data gathered and analyzed by the Statistical Office, between 2008 and 2012, 400,000 jobs were lost, a key factor in bringing the then oppositional Serbian Progressive Party to the power in 2012. Contrasting the unfavorable results of the previous government, it was announced that the unemployment rate decreased from 26.1 per cent in April 2012 to 16.7 per cent in the last quarter of 2015. The problem concerning such claims is that the GDP growth and overall production output during the same period were much lover. Experts have stated that economic recovery first reflects itself through the growth of GDP, and only later through the changes in the employment rate. So they say that the government is either forging or deliberately misinterpreting the statistical data, or the decline of the employment rate is achieved through other means, namely by the rise of the number of people working in the public sector.

The real situation is still more complex than some of the critics of the current government may claim, but the aforementioned discrepancies can be partially explained by imaginative usage of the statistical data, usage of the permissive method of determining who is employed and who is not, and finally by the skillful media manipulation of all the factors.

The employment rate for the year of 2016 will be precisely determined and analyzed later this year. However, the preliminary data given by the Statistical Office shows 200,000 new jobs in the second quarter of 2016. This is more than impressive but the data credibility is disputed by the Fiscal Council’s members who claim that “no country in Central or Eastern Europe has ever had such a rise of the employment rate, while most of the countries in the region currently have higher GDP growth than Serbia.” They claim that such rise of the employment rate has never happened and that the GDP growth for the past five years has basically been stagnant. The level of private spending has even dropped, suggesting a rather different labor market from the one officially proclaimed. And the final question of why do the supposed new jobs not generate GDP and private spending growth, still remains to be answered.

Members of the Fiscal Council have stated that, due to all the inconsistencies, the data presented by the Statistical Office is not to be trusted, and that the real growth of employment from 2012 to 2015 is closer to 1 per cent, rather than 14 per cent claimed by the government officials.

On the other hand, officials of the Statistical Office of the Republic of Serbia claim that there has been a change in their methodology regarding the employment rate estimates, and that the data from 2015 is incomparable to previous years. The revision of the data covering the year of 2014 will be carried out in the near future, but no further adjustments will take place, rendering any comparisons of the number of employees from previous years useless. Mihail Arandarenko and Dragan Aleksic wrote a piece for the “Economic enterprise” magazine, claiming that had the data from 2012 and 2015 been revised with the same methodology, it would show small, if any changes in the country’s employment rate. The fact that the methodological conundrum renders any further comparisons useless is of little comfort to the economists dealing with them.

Technically speaking, the employment rate polls taken in Serbia mirror those taken in the EU. The questionnaire, the definitions of employment status and all other important parameters are the same. So, the reason of discrepancies emerging from the data of 2012-2015 period remains unknown. They could be down to poorly educated interviewers, poorly selected sample, or some other issues.

Danko Brcarevic, the special advisor of the Fiscal Council, claims that his and his colleague’s criticism of the data published by the Statistical Office, both regarding the rise of employment rates and the rise of the overall growth rates from 2012 to 2015, are left unconsidered. He has also noted that even the Ministry of Finance does not take the data into account when determining its growth rate projections, or the level of VAT income that in essence mirrors the spending capacity of the overall population.

Even if all the aforementioned flaws burdening the employment rate estimates are fixed and eliminated in accordance with the Eurostat standards, it still remains to be seen if the method itself is useful for determining the overall state of the Serbian economy. According to the mentioned surveys, a person is regarded as being employed if he or she has labored at least one hour of paid work during the week on which the poll took place. The survey does not take into account the formal status of the examinee or the regularity of reimbursement he or she is supposed to be receiving. Therefore, the question that should be examined by the Serbian public is not whether the polls conducted by governmental bodies are in line with the European standards, but if questions are asked in polls have much to do with painting the correct picture of the main and most important economic parameters.