Recent political changes in Macedonia, together with regulation of the long-standing issues between this country and Bulgaria and Greece over the historical and cultural heritage might prove to be a stepping stone on the way to the EU. However, closer look at trade and investments indicates that integration of Macedonia with the EU is already on its full speed, leaving political and institutional framework far behind.

In terms of economy, the relationship has gone ever deeper since 1997, when the Cooperation Agreement was signed. The agreement provided free access to the EU market for most of the Macedonian industrial products, certain agricultural products and, most importantly wine and spirits. The Agreement was asymmetrical, favoring Macedonia.

Four years later, in 2001, the Stabilization and Association Agreement (SAA) was signed, which confirmed free access to the EU market for most of the Macedonian products with Interim Trade Agreement entering into force.

“It provided asymmetrical trade regime in favor of Macedonia, envisaged for 10 years, in purpose of strengthening the competitiveness of the Macedonian economy. On the other hand, gradual removal of the Macedonian tariffs on import of EU products has been projected. The agreed time frame was 10 years for most of the products and 5 years for the steel products. The period of implementation has been completed in 2011, i.e. both parties have been enjoying liberal trade since then, with exception of certain sensitive goods, as agreed into the SAA,” writes Silvana Mojsovska, expert on international trade in Southeast Europe. “This mostly refers to specific agricultural products, as well wine, which was already subject of special regulation under Cooperation Agreement”.

Share of trade with the EU rose significantly from 40 per cent in 2000, 56 per cent in 2008, 66,6 per cent in 2013 and 69 per cent in 2016. Today, according to the official information provided by the European External Action Service “the EU is the former Yugoslav Republic of Macedonia’s main trading partner, accounting for 60 per cent of the country’s exports and 48 per cent of its imports. Exports from the country are centered around a few products, the most important being: ferro-nickel alloys, iron and steel, and textiles. The main imports are crude oil, electricity, flat-rolled iron and steel products, and vehicles.”

Unlike other Balkan states, the trade balance showed only relatively small deficit. Moreover, despite the increase in trade, its volume remained almost the same, i.e. trade deficit relatively dropped.

During the last 5 years, imports increased by 10 per cent, while exports by 15.4 per cent. Macedonia notes surplus in the areas of machinery, textiles and clothing and chemicals. Other areas like food and raw materials, fuels and mining increase deficit. According to Ms. Mojsovska, acceleration in exports was a result of changes in export structure which included more high-value products.

In case of international trade, the role of Germany as Macedonia’s main partner increased, especially as a receiver of Macedonian products. Macedonian exports however are linked to the FDI located in this country and originating from Germany or producing for the German manufacturers’ parts and components.

The following four sectors gathered around two thirds of the all investments: manufacturing, wholesale and retail trade; repair of motor vehicles and motorcycles, financial and insurance activities, electricity, gas, steam and air conditioning supply, and construction.

Integration of Macedonia with the EU is an example of a process which could be beneficial for both sides. Lowering the costs of production by the western companies and increase in industrial production and manufacturing in Macedonia allows partners to meet their goals (i.e. stay competitive on the global market and boost economy, respectively).

Jan Muś is an analyst and a lecturer specializing in the Central and Southeast Europe. 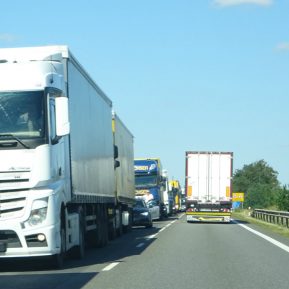 Category: Macroeconomics 03.01.2020
A resumption of lending in Russia by the European Bank for Reconstruction and Development (EBRD) remains a distant perspective, even after the restart of the Ukraine peace settlement. Nevertheless, the EBRD is facing a competition from Moscow in the CIS. 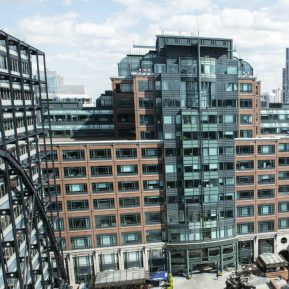