Is Bulgaria ready to join the Eurozone?

30.08.2018
In May 2018, the European Central Bank published a report stating that Bulgaria is not ready for the accession to the Eurozone, although the country fulfils the formal criteria. Bulgarians think the accession process is not fast enough. 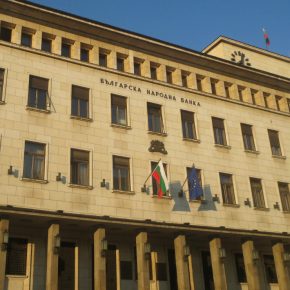 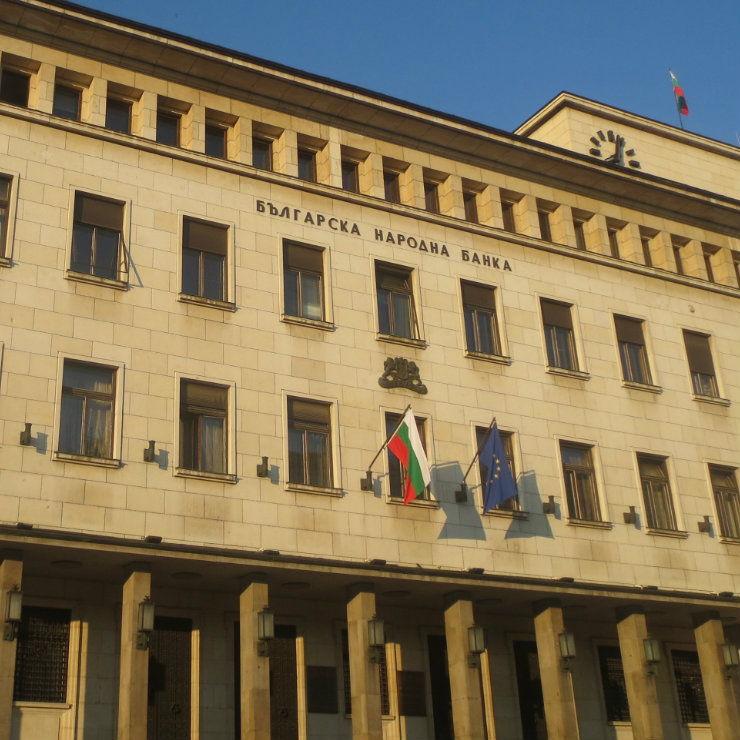 However, the Eurozone finance ministers have agreed that Bulgaria may join the banking union and they have discussed the Bulgarian accession to the Exchange Rate Mechanism II (ERM2). Both are strong preconditions for the introduction of the EUR. The Bulgarian government is constantly reminded of the Baltics case, countries that waited for more than ten years to enter the Eurozone. For many Bulgarians, it is too long sitting in a waiting room.

Entering the ERM2 is preparing oneself for the Eurozone. It means quicker reforms, the rise of the economic competition, a better investment climate. Accelerating reforms is one of the best achievements of ERM2 as it strengthens the economic development and raises salaries and living standards. One of the leading rating agencies, Standard & Poor’s, said that Bulgarian entry to the ERM2 will lead to better credit ratings. It may be considered as an entry to an elite university – it gives better possibilities for further development. With ERM2 Bulgaria will have a signature of trust for foreign analysts and investors, which is important for a quick economic growth and revenues.

Bulgarian may also feel the advantages of the Eurozone before the actual entry. It is akin to ten years of waiting for the full European Union membership. Bulgarian expectation of entry led to a rise in investments, economic growth, more jobs and higher salaries. The same is possible with ERM2, with a direct positive effect even before the full membership in the Eurozone. This may be seen in other countries, like Denmark. This Scandinavian country is in ERM2already two decades, although it has no intention to join the Eurozone. Still, Denmark enjoys many privileges without entry to the Eurozone itself.

ERM2 has its clear financial dimension. In the next European financial framework, EUR2,2bn is intended for countries preparing to accept EUR as their currency. With entry to ERM2, Bulgaria will secure access to additional EU financial means. In fact, it may be even possible that all EUR2,2bn will end up in Bulgaria, as this financial aid is only for those countries that make an effort of joining the Eurozone. This is more than Bulgaria can put for its reform frameworks currently. If a crisis occurs, European Central Bank (ECB) has automatic and limitless help and can further give short-term credits – for Bulgaria, it would be over EUR500m. Maybe such a crisis seems to be far-fetched, but to prepare for such an occurrence is always a smart macroeconomic move. ERM2 is, thus, sort of an insurance. For example, if Bulgaria would have been in ERM2 between 2009 and 2014, when the financial crisis hit the country badly, it would be much less painful for ordinary Bulgarians and for the country as a whole. Again, there is a solid example for this in Lithuania, where the crisis lasted for only two years, after which the country went back to high percentages of the economic growth.

There is, of course, the Eurozone crisis. Many people are skeptical over the Eurozone accession because of what happened to the Bulgarian neighbor — Greece. It is not a coincidence that ECB decided to leave the aspiring member countries waiting within the ERM2 framework, as the lessons from Greece are a warning enough.

Case studies from other new member states are equally important for Bulgaria. In comparison to Greece, these countries have a solid budget policy, without large deficits and debts, which is partly true for Bulgaria too. Their economic growth is dynamic, bigger than those who are outside of the Eurozone. Indicative is the case study of Slovakia, which is the Eurozone member, while the Czech Republic remains outside. Slovakia has higher economic growth than the Czech Republic and it was, in fact, even better when Slovakia was in the ERM2 and waited for full Eurozone membership.

So, why didn’t Bulgaria enter the ERM2 sooner? After all, in 2007, when Bulgaria joined the EU, it could have joined the ERM2 also. Prime Ministers and Finance Ministers regularly talked about ERM2 and Eurozone, but finally the Minister of Finance Vladislav Goranov and the Governor of the Bulgarian National Bank sent a letter to Brussels and Frankfurt in June 2018, announcing their desire to accept the EUR. But it seems that the European financial institutions still perceive risks in Bulgaria joining soon the Eurozone, although it met all the Maastricht criteria. With an experience of financial and currency crisis, EU is more akin to make stronger supervision of the national banks, common restructure mechanism and some mentoring with a strongly conservative attitude.

Bulgaria has a lot of other things to do. There are still differences between EU functioning agreement and ECB rules on one side and the laws on the central bank in Bulgaria on other. Bulgarian government tries to balance its own political independence and financial stability of the EU and has to decide where to orient the monetary policies of the Bulgarian National Bank. Additional criteria to join the Eurozone are equally important, such as the increase in revenues and strong actions against corruption. Some data are encouraging: unemployment in Bulgaria fell from 7,6 per cent in 2016 to 6,2 per cent in 2017. Productivity rate is rising, as well as salaries. The public debt fell from 29 per cent of GDP in 2016 to 25,4 per cent today. These are also very good marks of the premiership of Boyko Borisov.

But the crown of quick EUR-integrator of the Western Balkans and positioning of Bulgaria in the Eurozone will not be direct outcomes of the Bulgarian presidency in the European Council in the H1’18. After all, one has to employ the political reasoning, as well as the EU jurisprudence. Bulgaria felt sort of EU doubts in the EU enlargement in 2004, and when it was accepted together with Romania in 2007 it wasn’t part of Schengen zone although it did meet the technical criteria. Evidently, the Eurozone is not just a question of criteria. The Banking Union is still in preparatory stages and it is clear it will be a foundation for the future Eurozone development. This is why it needs good regulatory standards and Bulgaria still has very weak institutional surrounding, one of the basic elements in the analysis of the economic integration and cohesion sustainability.

It speaks clearly about the institutional and managerial qualities. In fact, Croatia, Romania, Hungary and Bulgaria have the lowest institutional and managerial quality among the non-Eurozone countries. Although the Bulgarian macroeconomic disbalance is generally solved, it is still an economy where entrepreneurship faces a weak financial sector and fairly high company debts. Additionally, a weak judiciary, rampant corruption, dependent central bank, and organized crime, which characterize Bulgaria, are important factors for determining the Eurozone risks. Thus, Bulgaria should use ERM2 tools as much as possible to work on these challenges.