22.02.2021
In conditions of a global recession caused by the coronavirus pandemic, massive fiscal deficits and rising public debt levels have become unavoidable. However, the size of those deficits may prove insufficient – also because of the instinctive fears of imminent inflation (or even hyperinflation). 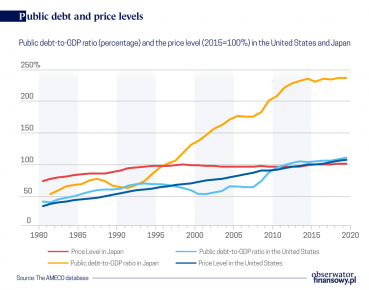 Many economists (both and professionals) seem to be absolutely convinced that the rising public debt levels will sooner or later result in accelerated inflation.

However, documented history makes us doubt the validity of the claim that rising public debt is a “pro-inflationary factor.” During the Great Recession, which began in 2008, public debt levels (relative to GDP) increased significantly in almost all countries without causing higher inflation. In the years 2008-2018, the average annual inflation rate was only 1.1 per cent in the euro zone (consisting of 12 Western European countries). The average inflation rate was 1.2 per cent in Germany, 1.6 per cent in the United States, and 0.4 per cent in Japan. Of course, one can always assume that in some unspecified “longer” time horizon, inflation will either accelerate, or be initiated by the authorities (in order to effectively reduce the real public debt levels).

For the United States and Japan, we have access to longer time series data concerning the price levels and the public debt levels. It’s clear that the level of Japan’s public debt has been rising sharply since 1992 – without any noticeable increase in the price level. In fact, the prices in Japan have been stable since 1994 (with a slight deflation in the years 2008-2013). The situation is less obvious when it comes to the United States. Both the price level and the level of public debt have exhibited an upward trend (public debt has been increasing since 2000, while prices have been rising since 1980). In this case it’s hard to draw any conclusions about potential “causality” without going deeper into the data.

Econometric analysis of causality for the United States and Japan

The standard tool of econometrics is the analysis of causality (or rather, lack of it) introduced by the Nobel Laureate Clive Granger in 1969. The data from the chart can be tested for the presence (or absence) of causality (in the sense defined by Granger). The details of these tests can be found in my publication. Here, I will briefly present the conclusions drawn from these analyses.

The Granger causality test doesn’t allow us to determine the direction of the causal relationship (and its possible strength) between one phenomenon and another phenomenon. The direction and the strength of the causal relationship can be tested – in relation to the rate of inflation and the rate of growth of the debt-to-GDP ratio – using the vector autoregression (VAR) method.

Using the VAR method, I have arrived at the following conclusions:

The experience of other European countries

The AMECO database provides data on the debt-to-GDP ratios and the price levels for all countries of the European Union (and the United Kingdom) since 1995. These data were also subjected to “Granger causality” tests. It turns out that the public debt-to-GDP ratios can be considered to Granger-affect the price levels only in a few countries. This includes “fiscally conservative” countries with a very low level of public debt (Luxembourg, Sweden, Lithuania), as well as euro area countries, which have very high levels of debt and are – at least in the discussed time period – “kept on a short leash” by the European Commission (Greece, Portugal, Italy Spain, Ireland). In the case of the remaining EU member states (as well as the United Kingdom, Japan, and the United States), in the period in question it is not possible to confirm a causal relationship between the level of public debt and the price level.

Granger-causality running from the rate of growth of the debt-to-GDP ratio to the inflation rate cannot be ruled out in only 8 of the 29 analyzed countries. Outside of Japan, these are either fiscally conservative countries (Luxembourg and Sweden) or beneficiary countries of financial assistance programs (Greece, Italy, Latvia, Ireland). In the case of Luxembourg and Sweden the causal relationship is “negative”, just as in the case of Japan. Interestingly enough, in the case of 8 countries (including Germany and France), it is impossible to rule out reverse Granger-causality running from the inflation rate to a change in the debt-to-GDP ratio. Based on data for the years 1995-2019 it is impossible to establish any causality for Poland. 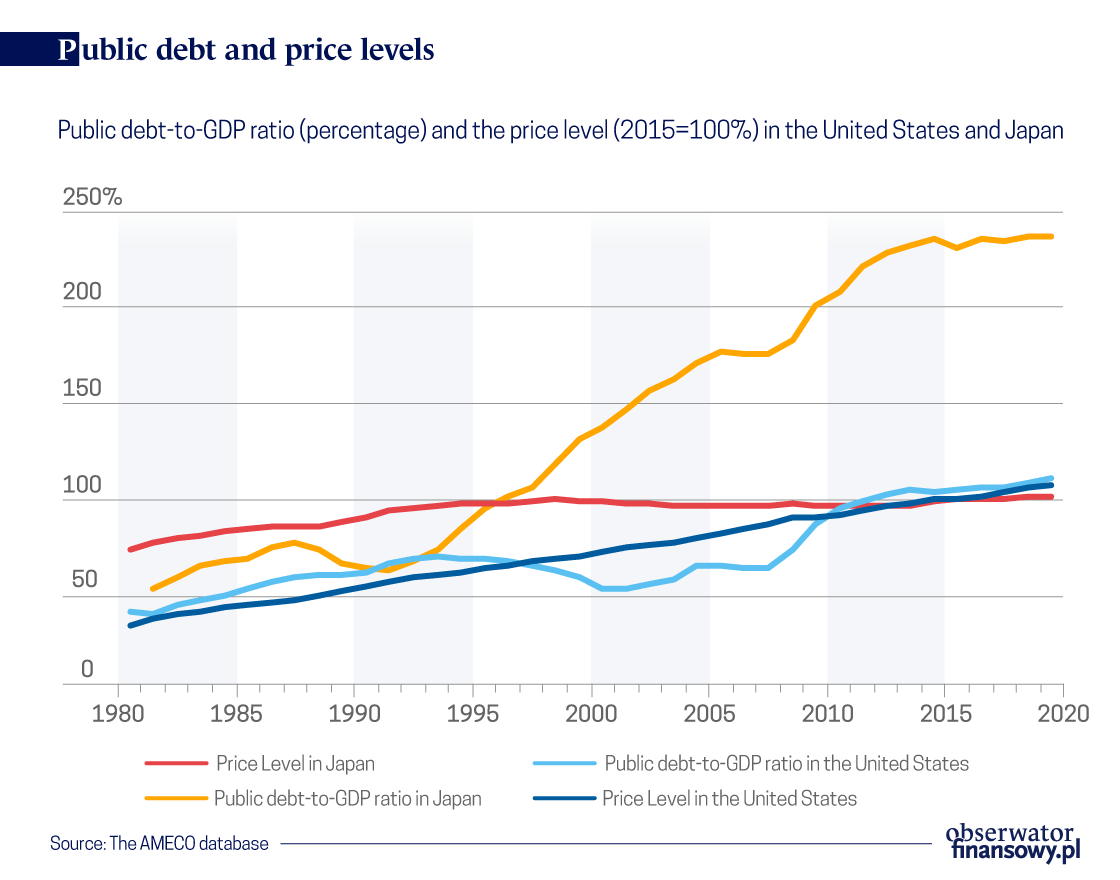