04.11.2019
Ten years after the financial crisis, the world’s major central banks are facing the difficult task of supporting economic growth with limited room for maneuver in the area of monetary policy. 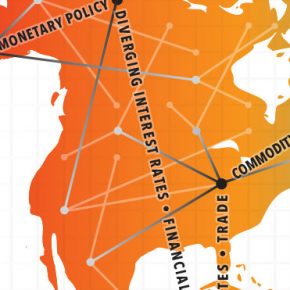 The Federal Reserve Bank of Kansas City hosted dozens of central bankers, policy makers, researchers and economists from around the world at its annual economic policy symposium, which was held in August 2019 at Jackson Hole. The theme of this year’s symposium — „Challenges for monetary policy” — was especially important in the conditions of global economic growth slowdown and discussions concerning interest rate cuts.

During the post-crisis period, central banks have employed both conventional and unconventional monetary policy tools in response to the recession. At present, because of the varied pace of economic recovery in different countries, individual central banks are adopting different paths towards the normalization of monetary policy. This is leading to divergence in interest rates at international level. These differences primarily affect the currency exchange rates and trade volumes, and consequently global economic activity.

Moreover, the path of monetary policy normalization is different than in previous periods, as many policy makers perceive the neutral interest rate as lower than in the past (the convergence of very low real interest rates and the persistently low inflation is interpreted as evidence of a decline in the neutral real interest rate). Many central banks are also still managing the effects that unconventional monetary measures had on their balance sheets.

Additionally, monetary policy actions affect the capital markets and the financial flows in both developed and emerging markets, while changes in monetary policy in one country can cause side effects in other countries. On the other hand, when determining the directions of monetary policy, central banks must take into account the impact of commodity and financial markets, which may positively or negatively affect economic activity and inflation rates.

Finally, there is the issue of possible escalation in the trade war — especially between the United States and China — as a result of which investors are seeking safe havens in the financial market, and trade uncertainty is becoming an integral element in the process of shaping monetary policy.

The “Japanization” of the global economy

The main concern of the participants of the Jackson Hole symposium was not only the deteriorating global economic situation, but the broader structural changes as a result of which the world economy is beginning to exhibit the characteristics of the Japanese economy — this is particularly true of Europe and, in the near future, the United States.

This could mean problems similar to the ones that Japan has been struggling with in the last three decades. They have included deflation and very low economic growth, combated with unconventional (and ultimately ineffective) monetary policy measures, which have further reduced the bond yields under conditions of high debt.

The similarity of the current economic problems of developed countries and the problems faced by Japan has led the conference participants to the conclusion that a turning point has been reached in the perception of the global system, and that it is necessary to rethink the existing formula of central banking and monetary policy.

Although unconventional monetary policy was effective in alleviating the crisis and bringing about the recovery, the current phase of economic downturn forces us to question its limitations. There are reasons to believe that the capacity of reduced interest rates to stimulate the economy has been weakened.

This has resulted in renewed demands for fiscal policy to play a major role in supporting demand and stabilizing the macroeconomic conditions — with the help of structural policies, such as social security measures or a higher retirement age. At the same time, the fiscal impulse would not only stimulate economic growth, but would also solve problems that cannot be solved by central banks — primarily relating to effective climate change prevention, and reducing socio-economic inequality.

Additionally, the limited usefulness of the current monetary policy tools for shaping the economic environment result from the geopolitical situation, as the United States has become a less predictable actor in both economic and trade policy.

The United States accounts for only about 10 per cent of global trade and for 15 per cent of global gross domestic product. However, in spite of that the USD is the dominant currency in the world monetary system. This is, among other things, due to the fact that it is used in the valuation of half of all the trade invoices in the world and two-thirds of the global issuances of securities. According to Mark Carney, the Governor of the Bank of England, the dominance of the dollar has caused disruptions in the global monetary system, which have undermined the effectiveness of monetary policy.

Changes in the valuation of that currency are crucial for other economies, even if they have few direct trade links with the United States. Because of the monetary policy of the United States, capital flows — especially flows to and from emerging economies — are shaped in a way that is beyond the control of the local central banks. This means that these economies are forced to accumulate the USD reserves (two-thirds of the official foreign exchange reserves in the world are denominated in the USD), in order to protect themselves from the risk of capital flight. This in turn leads to excessive savings and lower global growth.

As a result, the current international monetary system contributes to a reduction in global interest rates and makes it more difficult to counteract economic slowdown through monetary policy. The solution suggested by the Governor of the Bank of England is to create a multi-polar global economic system which would be based on a widely accepted global digital currency (Synthetic Hegemonic Currency, SHC) provided by a network of central bank digital currencies.

The central bankers departing from Jackson Hole certainly had a lot to think about if they truly want to effectively counter the increasingly difficult prospects for global trade, which they are unable to control. Especially considering that they are functioning within an international monetary system that is not necessarily optimal. 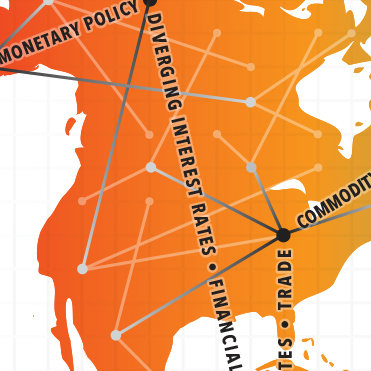