Macedonia is losing people due to brain drain

19.12.2017
More than one-fourth of Macedonians with higher education live abroad. Neither the European integration nor foreign investment were able to protect Macedonia against the dramatic outflow of labor force and brain drain. 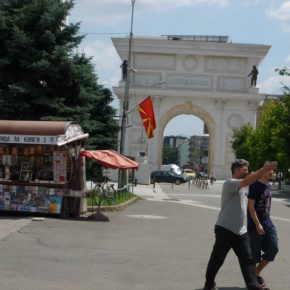 According to the Competitiveness Report prepared every year by the World Economic Forum, which contains an indicator of individual states’ ability to attract talents, Macedonia ranks tenth from the bottom, and this has been the case for ten years. It only ranks higher than Venezuela, Burundi, Greece, Mauritania, Croatia, Slovakia, Serbia and Moldova.

For a number of years Macedonia was seen in the Western world as a success story among the countries of the Western Balkans. The country avoided a repetition of the scenario that unfolded in Bosnia and in the neighboring Kosovo, where ethnic conflicts led to the destabilization of the state and an economic disaster. Macedonia never sank into the sort of anarchy and chaos that engulfed Albania. It managed to escape from the allurement of authoritarianism and avoided crimes against ethnic minorities that the Croatian authorities under the leadership of Franjo Tudjman and the Serbian authorities under the leadership of Slobodan Milosevic were accused of. Except for an episode in 2001, when the Albanian minority rebelled against the unitary political model of the multi-ethnic state, Macedonia has survived the period of Yugoslavia’s dissolution and transformation in relative calm.

The country is well integrated with the European Single Market. The European Union is its main trading partner. The EU receives 60 per cent of Macedonia’s exports and 48 per cent of its imports come from there. The vast majority of the investment also comes from the EU. Six of the seven largest investors in this Balkan country (Netherlands, Austria, Slovenia, Greece, Hungary and France) are member states of the EU. They provide as much as 66.8 per cent of all investments.

Macedonia is also moving up in international rankings. The 2016 Doing Business Ranking assessed http://www.doingbusiness.org/rankings Macedonia as the best place for doing business in the Western Balkans region, and the 10th best in the world. This seemingly good situation is not confirmed in the level and quality of life of ordinary Macedonians, which is reflected in the emigration of educated people from this country.

The overall scale of this phenomenon can only be roughly estimated, as the Macedonian authorities do not have the relevant data. This process can be tracked only on the basis of certain indicators. For example, almost 70,000 Macedonians (which is approx. 3.5 per cent of the country’s population of barely two million) acquired the Bulgarian citizenship in order to be able to go abroad. According to Eurostat data, between 1998 and 2011 more than 10 per cent of the citizens emigrated from Macedonia legally, mainly heading to EU countries, such as Germany, Italy, Austria, Slovenia, but also to the United States, Canada and Australia. Taking into account the demographic trends and the unofficial statements of senior Macedonian officials, we should assume that approx. 15-20 per cent of the country’s population is now residing abroad. Moreover, the intensity of migration will increase even more starting from next year, in connection with the opening of the German labor market to Macedonian citizens.

The biggest loss for the country and the economy is the emigration of educated citizens. According to conservative estimates of Macedonian researchers, at the beginning of the century approx. 20 per cent of Macedonian citizens with a university degree resided abroad. Data from the World Bank show that in the period 1997-2005 some 29 per cent of people with higher education left Macedonia, which is the highest ratio in Southeast Europe. The scale of the problem is also illustrated by the fact that during this period the number of emigrants doubled. The studies http://www.ek-inst.ukim.edu.mk/images/docs/ED/ED-18-3/Y18-3-2016-3.pdf recently carried out by Verica Janeska, Silvana Mojsovska and Aleksandra Lozanoska of the Institute of Economics in Skopje indicate that emigration from Macedonia continued with almost unchanged intensity also after 2005, i.e. after Macedonia’s Association Agreement with the European Union entered into force.

Educated people leaving the country include especially IT specialists, engineers and medical professionals. But the brain drain also applies to representatives of other fields, such as teachers, etc. This group of workers is less likely to find work in their profession than IT professionals or engineers, but the prospect of improving one’s financial situation is tempting.

Emigration from Macedonia over the past two decades was caused by a number of factors, but the most important of them was the high and long-term unemployment of educated people. Since the 1990s the unemployment rate has never dropped below 20 per cent despite the process of Macedonia’s European integration. Between 1995 and 2013 it exceeded 30 per cent, and on several occasions it came dangerously close to 40 per cent.

The high unemployment rate is a reflection of the catastrophic condition of the Macedonian economy, which has become a peripheral manufacturer of components for foreign companies. It is no wonder, therefore, that with such scarcity of jobs people with higher education frequently work below their skill level, and the possibility of professional development is very limited.

The average monthly salary this year is EUR230 and only provides a very low standard of living. In the absence of any prospects for a quick improvement of the situation and due to the high level of unemployment, the outflow of educated people and those speaking foreign languages seems natural.

Low economic growth and insufficient investments do not generate optimism on the labor market either. Macedonia only emerged from recession in 1995. After a period of prosperity, when GDP increased by 4.55 per cent in 2000, the country slipped into an internal conflict, which had a negative impact on the economy (even though it was limited in scope and short-lived). The year 2007 brought record growth of the domestic product (6.47 per cent). However, a year later the global crisis led to a sharp decline in the levels of investment and production. Macedonia suffered a recession twice: in 2009 and 2012. In 2016, the GDP growth rate was only 2.46 per cent.

Due to the prolonged process of transformation and the country’s political instability, the economic development is progressing too slowly. The accusations of corruption indicate that the greatest threat to universal prosperity often lies in the inept policies of corrupt authorities. Nepotism, self-interest, and the appropriation of public assets have been widespread in Macedonia.

The real challenge for genuine economic development of the country and the improvement of the quality of life of Macedonians will be to bring back the educated and experienced employees from abroad. But there is a catch here. International remittances constitute an important part of the economy (2-4 per cent of GDP) and have a positive effect on the balance of payments. They are also an important and much more stable source of financing than foreign investment. They also mean, however, that the country has become dominated by low-paid labor, and there is no demand for people with higher qualifications. The brain drain is therefore both a symptom and a remedy for certain socio-economic problems. For the Macedonian government this issue is neither easy nor obvious.

What is more, the return of the educated and the professionally active Macedonians will be very limited in scale without a real improvement of the situation in the country, which would be felt by the majority of the society and not only by the elites. In order to achieve this goal, the government would have to introduce deep reforms, and it may not have enough political and economic capital for that. The authorities in Skopje are now focused on the stabilization of the political life in the country. This means that changes in economic policy will only be discussed next year at the earliest.

Jan Muś is a lecturer of the Vistula University. 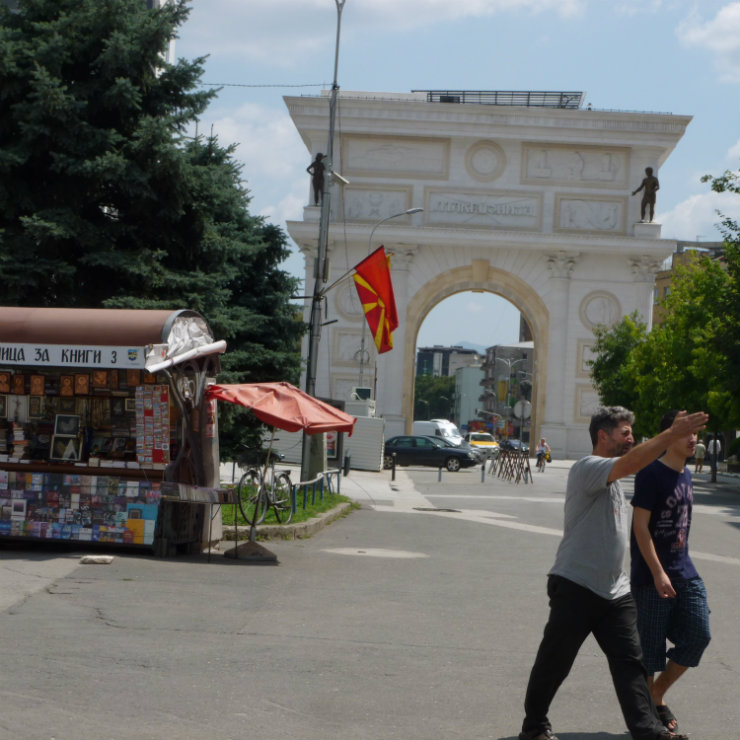