Minimum wage increase in Ukraine – a rescue or a threat to the economy?

06.02.2017
On the wave of public outrage caused by the disclosure of the enormous assets of Ukrainian politicians, the government in Kiev has introduced 100 per cent increase of the minimum wage from the new year.

The decision, which was supposed to placate ordinary Ukrainians, has deeply upset entrepreneurs and surprised economic experts. According to the data from Trading Economics, with USD57 per month Ukraine took the 11th place among the 14 post-Soviet states included in the minimum wage ranking. The first three places were occupied by the Baltic states – Estonia (USD462), Lithuania (USD408) and Latvia (USD398). The last place was taken by Kyrgyzstan with a minimum wage of USD15.

Statistics do not, however, say everything. In Ukraine it is a common practice in profitable industries to pay a part of the earnings cash-in-hand. In this way entrepreneurs are avoiding what is considered one of the world’s worst tax systems, and the workers can enjoy higher and tax-free earnings. The budget and the pension system suffer as a result.

The economy or political PR

Prime Minister Volodymyr Groysman announced the decision to raise the minimum wage when Ukrainians were outraged about the assets declarations submitted by the politicians and senior officials, which showed a giant gap between the wealth of the political elites and the ordinary citizens who barely make ends meet.

“From January 1st, [2017], we are raising the minimum wage. A working Ukrainian cannot receive less than UAH3,200. The share of wages in the structure of the Ukrainian product is increasing. It’s important that not only the owners of companies earn money, but the staff as well,” commented Groysman.

The Ministry of Finance announced that the decision of the government to double the minimum wage was included in the draft budget for 2017, prepared for the second reading in the parliament. The funds were found within the existing budget framework and the budget expenditures and revenues were balanced without tax hikes. “The remuneration for work in Ukraine should be sufficient, and the work of the citizens should be duly valued,” commented the Ministry in an official statement.

“The decision to increase the minimum wage is balanced. We do not expect additional expenditures from the budget. Everything will be financed thanks to the fact that a portion of the earnings will be taken out of the grey area. They will be taxed, which will finance the increased earnings. We have calculated everything and we took a relatively conservative approach to the matter, understanding that the instruments for removing wages from the grey economy are never one hundred per cent effective,” explained the Minister of Finance Olexander Danyluk.

The Ministry of Social Policy estimates that the increase of the minimum wage will allow a reduction of the deficit of the Labor Fund by UAH17bn (USD626.7m).

“The Prime Minister’s decision is quite controversial in the current economic climate, and if this isn’t just political PR, then the implementation of the plan to increase the minimum wage could lead to a decline in the value of the hryvnia, the growth of an inflation and an increased share of the grey economy,” believes the economic analyst Anton Kozyura.

The government’s decision to increase the minimum wage was taken so suddenly that even the members of the economic advisors brought to Ukraine in spring 2016 were not aware of it.

“This is an unpleasant surprise. Neither I, nor any of the international organizations knew that there would be a 100 per cent increase in the minimum wage. We had no chance to become acquainted with the calculations on which the decision was based,” said Leszek Balcerowicz, who is co-heading the group of advisers, at a briefing. In his opinion the decision of the government should be based on detailed analyses concerning the effect on the expenditure side of the budget, the pension system and the grey economy. “It’s important for decisions not to be taken suddenly, but on the basis of calculations, and for these calculations to be professional. It seems that this is a competition in populism within the government itself,” commented Balcerowicz.

The Ministry of Finance informed that the International Monetary Fund was examining the impact of the increase of the minimum wage on the outlook of the economy, but that it was not opposing it in principle.

Deputy Minister of Finance Sergei Marchenko said that “the Fund had some questions, but the Ministry of Finance presented all the calculations and explained why such a bold decision was possible. After considering the presented arguments, the IMF did not oppose the initiative and did not see any serious issues,” Ekonomicheskie Izvestia described the Ministry’s position.

Meanwhile the government’s decision is contested by the entrepreneurs who have prepared their own calculations concerning its consequences. They argue that the minimum wage hike will increase the already enormous pressure of the fiscal services on small and medium-sized businesses.

The Ukrainian Association of Small and Medium-Sized Business appealed to Prime Minister Volodymyr Groysman to withdraw from the increase of the minimum wage, pointing out that it would also result in an increase in the contributions to the social funds. In addition, there would be a 100 per cent increase in the amount of the unified tax for those using the simplified tax scheme – the Ukrainian flat rate tax scheme. Some entrepreneurs will not be able to cope with the increased burdens and will be forced to cease their operations and join the ranks of the unemployed. Along with the increase of the minimum wage there would also be a two-fold increase of fines imposed by tax inspectors on entrepreneurs, which are calculated on its basis, the authors of the appeal argue.

The entrepreneurs suggested a gradual increase of the minimum wage by 20 per cent quarterly, reduction of the tax burdens by half and shifting of a portion of the burden of the Social Fund contributions to the employees. In their opinion, only such solutions will allow rescue businesses from collapse.

“Today the entrepreneurs in our city are balancing between minimum incomes and running their business at a loss. We’re not sure that the increase of the minimum wage will increase the purchasing power of the residents two-fold. Similar changes took place in Hungary and Russia, which led to a large increase in an unemployment,” said the head of the Association of Entrepreneurs and Owners of the Sumy Oblast.

Due to the protests of entrepreneurs, the Ministry made a small concession, allowing those covered by the simplified tax scheme to calculate the tax burdens on the basis of the minimum wage at the previous level of UAH1,600 (USD59). These are the smallest entrepreneurs, self-employed with a turnover up to UAH300,000 per year (USD11,058).

“In order to soften the blow to the smallest businesses, a decision was made not to increase the minimum wage for the unified tax payers of the first group. For them the payments will remain at the present level,” announced the Deputy Minister of Finance Yevgeniy Kapinus.

According to economic experts, not only will the increase of the minimum wage fail to improve the situation of the employees, but it will in fact make it worse. Business owners forced to pay at least the official minimum wage and all the associated fiscal contributions will do that at the expense of the earnings which the employees receive cash-in-hand. As a result, their final income will be lower than now. Only the public sector employees will benefit from the changes.

Oleg Ustenko, from the Blazer Foundation, assesses the estimated cost of the government plan to be borne by the entrepreneurs at UAH10bn (USD368.6m) per year. Small and medium-sized Ukrainian business may simply not survive. And when they fall, a wave of unemployment will sweep through Ukraine.

Given that this year’s economic growth is estimated to reach 1-1.5 per cent and next year’s growth isn’t likely to be significantly higher, the increase of the minimum wage has no basis in the economic reality, and the implementation of the government’s plan may only take place printing more money. Even if we assume that the increase of the minimum wage will not lead to an even greater escape of businesses to the grey economy, and a significant reduction in the number of small companies currently operating with minimum profit margins, then it will potentially increase inflation and lower the competitiveness of Ukrainian companies on the domestic and international market. As a result, the state will have one solution – the devaluation of the national currency, believes Anton Kozyura.

The changes of the minimum wage will benefit the public officials and politicians who, starting from the fall of 2016, have been forced to submit publicly accessible declarations of assets due to pressure from the IMF.

Meanwhile, Roman Nasirov, the head of the State Fiscal Service of Ukraine, considered to be one of the most corrupt Ukrainian institutions, decided to outbid the Prime Minister. “Next year the minimum wage should increase to UAH5,000 or even UAH7,500 (USD184.3 to USD276.45),” he announced.

Category: Business 21.08.2020
Ukrainian small and medium-sized entrepreneurs (SME) are complaining that government does not see them as the foundation of a healthy economy and favors big business. The lockdown have hurt SMEs the most, which could negatively affect the entire system of state finances. 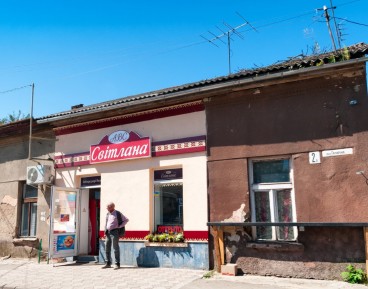