Normalization of Serbia and Kosovo relations is through trade

22.06.2018
Economic cooperation between Serbia and Kosovo is a missing link. It is an important instrument for establishing normal relations between these two entities or two countries. 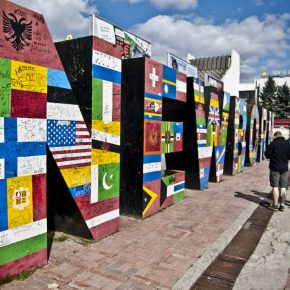 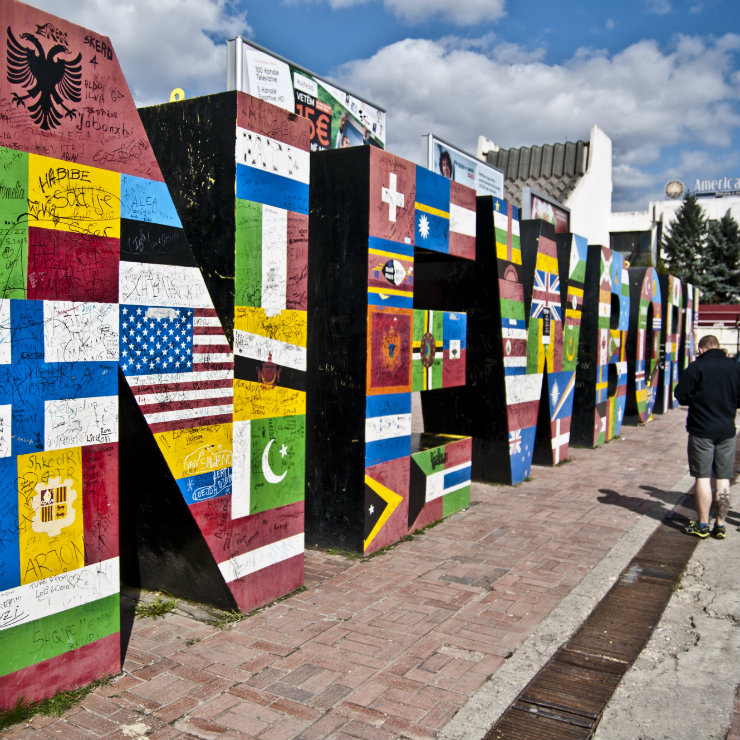 In the organization of the Serbian Chamber of Commerce, more than 150 Serbian businessmen from 70 companies were present for the first time at the International Fair of Economy in Priština, which took place in April 2018. Businessmen from Serbia are convinced that the economy should go ahead of the political problems, and economic cooperation can overcome all barriers, but they stress that they expect politicians to „track” and support them in such an approach. The US Ambassador to Kosovo Gregory Delawie, along with President of the Chamber of Commerce of Serbia Mark Čadež, visited Serbian companies, and the AP agency noted that businessmen „are defying political disputes”. The businessmen themselves confirmed to the Serbian press agency Tanjug that they are very interested in expanding their business and increasing their sales in the Kosovo market.

However, the Kosovo Manufacturers Club invited businessmen from Kosovo to boycott the Priština fair because of the large number of Serbian companies that were presented at this event. This producer club is dissatisfied with the fact that out of 174 companies participating in the fair, more than half were from Serbia, and that in the past 19 years, no companies from Kosovo have been invited to participate in a fair in Serbia. The club claims that there are difficulties that Kosovo producers face because of the discouraging policies of the Serbian state. „Difficulties are numerous, from customs and non-customs barriers, the blocking of Kosovo products in the Serbian territory, the blockade of transit of Kosovo manufacturers that trade across Serbia, failure to implement the electricity agreement,” the Kosovo Manufacturers Association said in a statement.

Serbian Foreign Minister Ivica Dačić said that Serbia wants to reach a compromise solution for Kosovo, but that this issue cannot be used in foreign trade as a condition for joining the EU. According to him, Kosovo will not survive as a state, but will once again join with Albania. He underlined that every state can experience what happened to Serbia with Kosovo and that it is therefore necessary to establish and respect the principles that will govern such issues. Indeed, it seems that Belgrade took Kosovar independence as granted, but needs to find a way how to explain it to Serbian people. Since the UN Security Council Resolution 64/298 of March 2011, the Brussels runs between Serbia and Kosovo under the auspices of the EU. It aims to normalize relations between people, national communities, and it includes reforms and many changes in Serbia and Kosovo. The process of normalization is in the function of establishing peace, security, and stability of the Western Balkans, promotion of cooperation, advantages of EU integration to improve the conditions in which people live. It is not only normalization between two states, but normalization of both states from within.

And while Serbia is being praised by the EU for economic progress, Kosovo lingers. Despite the much-invested money and energy of the international community, Kosovo remains the poorest country in Europe. It is a place of booming drug trafficking, because there is nothing legally left to export other than old metal and some foods, and young people only see their future abroad. Unemployment is officially around 30 per cent, and in the category of young people the rate is twice as high. Based on high birth rates, up to 25,000 young people come to the labor market each year, and the economy and administration do not have the capacity to include them. Almost every infrastructure is still tied mostly to Serbia, although new ways and trade routes exist now with Albania. However, old ties and customary products push Kosovo to deal with Serbian economy.

Trade between Serbia and Kosovo counts up to EUR400m a year, but there is room for much more economic cooperation. The first precondition for this is the removal of numerous administrative obstacles. According to various estimates, some 80 per cent of businessmen from Kosovo believe that problems of exporting to Serbia or transit of Kosovo goods to European Union countries are caused by political influences, and half of Kosovo businessmen believe that the Serbian authorities without any reason require additional documentation and quality control. On the other hand, for businessmen from Serbia who export to Kosovo, the biggest problem is double customs, taxes, excise and controls, although both countries are in CEFTA, but Belgrade does not recognize the Kosovar independence. Economic cooperation is a missing link. It is an important instrument for establishing normal relations between the two entities or two countries.

In trade, Serbia is in advantage, but both sides are interested in solving problems such as overpriced „paperwork”, uncoordinated regulations and phytosanitary procedures, lack of payment, catastrophic road and railway infrastructure, as well as a small number of administrative crossings on which goods are cleared by customs. As a result, smuggling flourishes: according to the competent authorities, 50 per cent of trade between Serbia and Kosovo takes place in the gray market. Products from Kosovo are often considered to be of lesser quality. Nevertheless, it is clear that Kosovo is an important economic partner of Serbia, which is evident in the trade balance. Although there are many administrative obstacles, economic cooperation today is far better than a decade ago. Agriculture, food industry, trade and transport, according to business representatives from Belgrade and Priština, have the most potential for economic cooperation between Serbian and Kosovo companies.

Kosovo has a very large trade deficit with Serbia. Such a situation is partly a reflection of the facts that Kosovo does not introduce any concrete trade barriers against Serbian products, so it is ultimate the result of accumulation of permanent imbalances to the detriment of Kosovo. As far as that is concerned, there exists quite a regularly or systematically use of different types of barriers against agricultural and non-agricultural product. In fact, when it comes to trade in agricultural and non-agricultural products between Kosovo and Serbia, there are only a few products that Kosovo can export to Serbia. On the other hand, from Serbia imports make a wide range of products to which Kosovo does not apply unnecessarily restrictive barriers. Kosovo companies were for years since joining CEFTA confronted with unexpected obstacles posed by the authorized agency for food and feed safety in the territory of Serbia, which increases the costs of crossing boundaries in terms of lost time and money and make products from Kosovo less competitive on Serbian market.

Prospects for the future

Signatories to the CEFTA agreement should continue to discuss problems and identify barriers to trade and, on the basis of this, take concrete measures for removing obstacles that make significant losses, and increasing the effects of political measures with the aim of shortening the time to solve the problem from the moment when the business entity is informed about it. Arguments and efforts to arrive at a solution or to remove an obstacle to the business were until now not successful; local companies continue to face additional costs in terms of time and financial resources, and consequently, Kosovo companies are prevented from competing in the market. In this respect the Kosovo’s Ministry of Trade and Industry proposes reciprocal measures against Serbia, mostly measures that would prevent the entry of the same products originating in Serbia to the market of Kosovo.

In order to reduce technical barriers to trade, CEFTA signatories should negotiate and sign an agreement on the basis of which recognition of conformity and acceptance of industry will be recognized products not only with each other but also with the EU. Signing agreements between the EU and CEFTA countries will contribute to the automatic and mutual recognition of results in product testing, which today represents the biggest barrier to trade. Mutual non-recognition of conformity assessment for industrial products lead to increased costs and double checks at border crossings. Hence, the chambers support the signing of such agreements in order to eliminate these non-tariffs impediments.