Pension system without the second pillar

08.07.2016
Polish government proposes a new reform of pension system. Instead of three pension pillars there will be two. 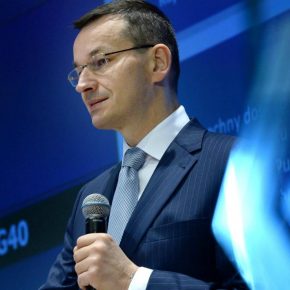 The Social Insurance Institution (ZUS) will remain as before, the third pillar awaits a revolution, and the second pillar – the open pension funds (OFE) – will be divided up. PLN103bn will pass through the Polish Development Fund to private domestic equity investment funds, while PLN35bn will be absorbed by the Demographic Reserve Fund.

These proposals were presented by the Deputy Prime Minister and Minister of Economic Development Mateusz Morawiecki and named the “Capital Building Program”. The aim of the program is to mobilize the long-term savings of Poles in order to increase investments so the future pensions will constitute a greater percentage of the last salary.

This is to be achieved primarily through the changes in the third, voluntary pillar. Today it can be described by the abbreviations – IKE (Individual Retirement Account), IKZE (Individual Pension Security Account) and PPE (Employee Pension Scheme). Individual Retirement Accounts (IKE) were created in 2004 and 859,000 Poles deposited PLN5.7bn. On the other hand, 598,000 Poles saved only PLN622m on the Individual Pension Security Accounts (IKZE), while PLN13.3bn has been saved on Employee Pension Schemes (PPE) since 1999. In total, over PLN19.6bn has been saved in the third pillar but this is the equivalent of only 1.1 per cent of GDP.

The government wants an extra 5 to 8 percent of GDP, in other words, between PLN120-208bn in new savings within 10 years from the entry into force of new solutions.

In the opinion of the Ministry of Economic Development, 5.5 million new participants of the third pillar should translate into PLN12bn of new savings per year, with a minimal contribution of 4 per cent and PLN22bnbillion, with a maximum contribution of 7 per cent. In total, after 10 years this would come to between PLN120-208bn.

“Mathematically it adds up. A contribution of 4 per cent calculated from the average salary gives around PLN11.5bn per year, while the Ministry of Economic Development speaks of PLN12bn. However, I don’t believe that 5.5 million people in the third pillar is possible, since at the same time the second pillar, OFE, is being scrapped. With the knowledge of the Employees Capital Plan that I have today, I would resign from it very quickly, because there is no guarantee that this money will not be seized upon in the future,” says Wiktor Wojciechowski, PhD, chief economist at Plus Bank and author of the report of the Association of Polish Economists (TEP) devoted to the reform of the third pillar.

This is because it is hard to hide the fact that 75 per cent of the assets saved in the OFEs up to now will go to the Investment Fund Societies created by default from today’s Pension Fund Societies (in other words, the OFEs) but in the interim period the contributions will be managed by the Polish Development Fund, in other words, de facto the State. 25 per cent of the contributions are to be taken to the Demographic Reserve Fund which, although in its assumptions is to serve the payment of future pensions, has more than once been used by previous governments to patch holes in the budget.

“These funds will not be used to supply the budget but to serve pensioners and GDP development,” assured Morawiecki during an interview with Reuters.

Even greater doubts are raised by slide 27 of the Deputy Prime Minister’s presentation where we read: “Intention to transfer from January 1st, 2018 total of 75 per cent of the OFE assets of all 16.5 million OFE participants to the Individual Retirement Accounts – on average PLN6,300 per person.”

“I have no idea where this average came from. I’m afraid that the assets of the OFEs were simply divided by the number of their members regardless of the level of paid contributions and this is how the amount PLN6,300 was calculated. If each of us really were to be given this amount regardless of how much each individual had paid, this would be plain communism,” comments Wiktor Wojciechowski.

In any case, the funds from the current OFEs would be recorded as voluntary pension contributions in the new third pillar (the existing IKE and IKZE will continue to exist). And although the savings would be voluntary, it would be impossible to disburse them earlier. It would only be possible to disburse a maximum of 25 per cent of the saved funds on retirement. 75 per cent of the funds would have to remain on the account for payment in installments as an additional pension guaranteeing a higher replacement rate than today. It would be possible to withdraw 15 per cent of the money in the case of a serious illness resulting in an inability to work. Finally, it would be possible to “borrow” part of the contributions for five years as own contribution in the case of the first-time purchase of an apartment. After five years the money would have to be returned to the fund.

The “Capital Building Program” also introduces new proposals for the capital market. Firstly, Deputy Prime Minister Mateusz Morawiecki declared that he will speak to the Minister of Finance Paweł Szałamacha about reducing the capital gains tax from 19 per cent to 10 per cent in the case of savings lasting longer than one year.

Secondly, a central record of all the third pillar programs would be created under ZUS, so the future pensioner could choose the managing entity and saving strategy. The maximum level of commission for management of the funds would also be fixed at 0.6 per cent annually.

Thirdly, completely new instruments would be created. Most space has been devoted to REIT – real estate investment trusts – which would be listed on the stock exchange and would pay out even 80 per cent of the profits in the form of dividends. Infrastructure bonds and premium bonds would also be new instruments (the latter have an interesting structure – interest would be collected into one central pool and bond holders who receive interest rates above zero would be selected at random).

According the Deputy Prime Minister Morawiecki’s presentation the whole program of long-term saving would require changes to 11 acts made after social and inter-ministerial consultations next year. Full implementation would take place in 2018-2019.

Despite so many unknown elements the benefits connected with the saving program have been defined precisely – raising long-term GDP growth by 0.4 percentage points annually and an increase in the assets of Polish households to PLN233,000 after 40 years of saving and from PLN12-22bn of new savings in the third pillar. 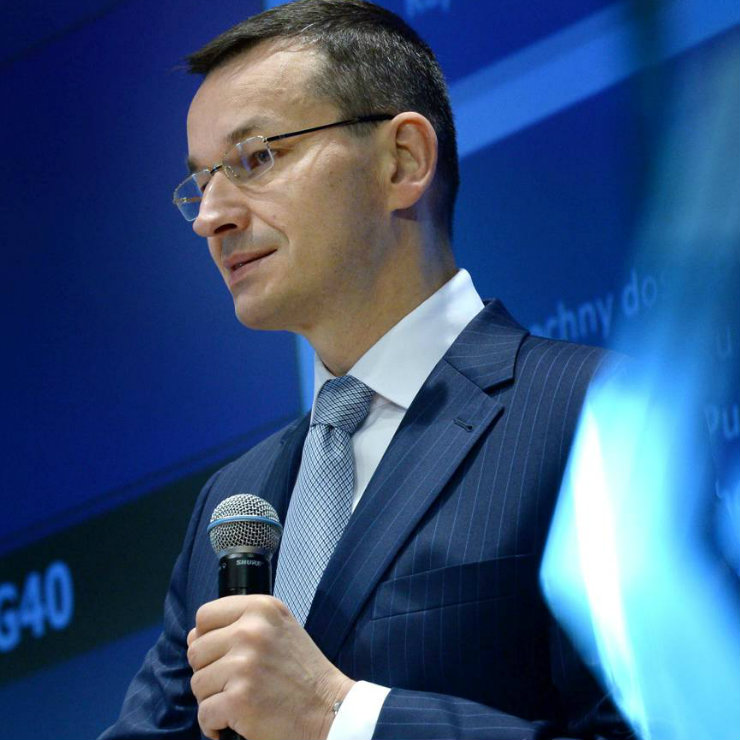