Poland has one of the most balanced economies in Europe. It meets almost all the criteria of macroeconomic balance introduced by the European Union in order to assess whether there is a risk of the outbreak of another crisis.

A good assessment of Poland’s macroeconomic situation is shown in the annual reports of the European Commission, drawn up under the macroeconomic imbalance procedure introduced in 2011. It was introduced following the experience of the last decade – in particular, the global financial crisis followed by the European debt crisis. This period has shown the possible strength and persistence of the negative effects of significant macroeconomic imbalances and, consequently, the importance of their early detection and correction.

The results of the latest risk assessment at the European level were presented in the European Commission’s alert mechanism report published at the end of 2017. These results are confirmed by Poland’s central bank, NBP, analysis based on the latest available data and published  in the Inflation Report issued in mid-March.

On the one hand, external imbalances or high levels of private sector indebtedness – ensuing even before the global financial crisis – still exist in many EU countries. On the other hand, the report draws attention to the internal imbalances growing in some countries, and in particular, to the significant increase in housing prices.

As a result, the European Commission considered it appropriate to undertake in-depth reviews for 12 member states. The in-depth reviews were carried out for Bulgaria, Croatia, Cyprus, France, Spain, the Netherlands, Ireland, Germany, Portugal, Slovenia, Sweden and Italy. The increase in housing prices in these countries is comparable to the increase recorded just before the global financial crisis – this also applies to countries affected by the crisis (Ireland, Portugal). The real estate prices are also growing relatively fast in the countries of Central and Southeast Europe (CSE).

Private and public sector debt in Poland is among the lowest in the European Union, and the liabilities of the financial sector are growing at a moderate pace. The increase in housing prices is also slower than in the majority of countries of the Eurozone and of CSE. At the same time, the scale of decline in the unemployment rate and the increase in the labor market participation rate in Poland is significantly higher than the average in the European Union.

Meanwhile, the improvement in price competitiveness – reflected in the relatively slow pace of growth of unit labor costs – is conducive to the maintenance of a foreign trade surplus, and therefore to the rebalancing of the current account.

Capital imports are balanced by the foreign exchange reserves

The only criterion of the macroeconomic imbalance procedure, where Poland exceeds the indicative threshold, is the net international investment position, i.e. the difference between external assets and liabilities of domestic entities. Poland is not alone in this regard – about half of the EU member states have too much liabilities towards the rest of the world in relation to assets. These are either countries particularly strongly affected by the financial crisis, and thus still heavily indebted, or – like Poland – converging economies that import capital from abroad.

The structure of the imported capital is important for assessing macroeconomic balance. In the case of Poland, about half of this capital comes from direct investors, and therefore is relatively stable. In other words, Poland is not facing a sudden outflow of a significant portion of the external capital, and the high level of foreign exchange reserves provides an additional protection against such a scenario. Additionally – along with the progressing catch-up process – the scale of deviation of Poland’s net investment position from the threshold set by the European Commission should gradually decrease.

A negative net international investment position is a normal phenomenon in converging economies that are importing capital from abroad. Therefore the European Commission acknowledges in its reports, that this does not constitute a distortion of the macroeconomic equilibrium, noting the favorable structure of Poland’s external liabilities. The European Commission emphasizes in particular, that about half of Poland’s external liabilities are direct investments. Almost two-thirds of these consist of stable forms of external financing – non-debt instruments, including, among others, equity and reinvestment of earnings.

The European Commission also points out, that net external debt of Poland – which does not take the above types of liabilities into account – has continued to decline gradually in recent years. In the Q3’17, it amounted to 32 per cent of the GDP, almost 6 percentage points less than three years earlier.

It's time to redefine the concept of public debt

Category: Macroeconomics 21.01.2019
The hidden public debt is important for the sustainability of public finances, both in Poland and in the world. The latest financial crisis and expanding a scope of state responsibilities have contributed to the global increase in this type of debt. 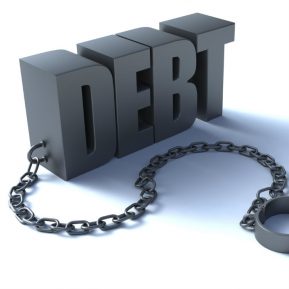