Poland – the great work in progress

14.07.2017
The Poland’s ruling party intellectual motor is the every year conference entitled “Poland, the Great Project” and provides an insight into current government thinking, as well as how it is translated into policy. 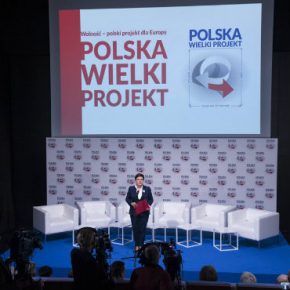 “Freedom – the Polish Project for Europe” was this year’s Congress of “Poland the Great” project (“Polska Wielki Projekt”) as Poland’s main historic and actual contribution to the European debate. The revolutionary or counter-revolutionary aspirations of the government were showcased. The Law and Justice (PiS) party intends to roll back the vestiges of the post-communist order since 1989. Poland cannot escape the fact that it is a medium sized country and although it can generate ideas, it faces a much bigger world.

Mateusz Morawiecki, the Minister of Development and Finance, gave the keynote introduction on the economics panel. He gave a customarily assured speech in which all the key words were ticked – innovation, innovation, and more innovation. Poland must have a republican economy, he said justifying the government’s dirigiste approach. Morawiecki wants Poland to have modernizing conservatism; patriotism that does not exclude modernity. In conclusion he made a reference to the husaria ( the legendary heavy cavalry of the 16th and 17th centuries).

The medium-size country problem was highlighted in the economics debates. Poles may have been in the past willing to be martyrs for their country but not necessarily taxpayers. Taxpaying, in a world that is awash with perfectly legal tax avoidance measures used by individauls and companies, is a “modern patriotism”. More efficient collection of personal, corporate tax and VAT were mooted. The Polish government will seek to combat what it sees as aggressive optimization – tax dodging in lay terms. Tax revenues from the tightening of VAT collection are rising though. Morawiecki signed the international agreement on tax-havens in Paris in June 2017, which promises to tighten controls in this area.

Tax efficient companies exist more and more in the virtual world. You cannot collar Google or Amazon for tax revenues easily. The trouble is, as was recognized, that these schemes may not be ethical but they are legal.

If the main theme was how can governments maximise revenues in a digital world then a medium country like Poland must answer “very difficult” and, with the rest of the digital revolution, be reliant on the big players to lead the way.

Re-polonising Polish capital is a priority. Capitalism without capital is the hallmark of the Polish revolution since 1989. Since then, foreign capital has been necessary, now Poles have to create it themselves. However, savings levels remain weak; household consumption is the main pastime. Capitalism needs capital and in Poland it should be Polish. The neo-liberal argument that capital has no nationality does not hold much sway. PiS would argue that Polish capitalism was in effect stifled at birth and taken over by foreign (Western) capital, thus it could not expand for the good of the country. There is also “get rich quick” speculative mentality in Poland and it needs to be re-oriented towards the benefits of a long-term saving and thinking.

With the government’s acquisition of a controlling stake in the bank Pekao SA in June 2017, the question of re-polonisation of the commanding heights of the Polish economy came to the force.

During the panel on the need to train up a new elite that will face the challenges of the 21st century, Jarosław Gowin, Minister of Science and Higher Education, said that Polish higher education was not fit for purpose. Concentration on mass education has lowered the standard of students, and there is not enough research and development linked to higher education centers, as well as there is no bridge between business and education. The top Polish universities (Warsaw University and Warsaw University of Technology) were placed in the 500-600 position in the world rankings. Innovation was the buzz word throughout the conference. The accent was on educating a technocratic elite, science-based and technology savvy.

The panel on civil society on the first day set the tone for the ideas outlined above. The formation of an elite is necessary for the future development of Poland. But can this be a top-down initiative? Much of the debate centred around money and the reception of grants, especially channeled through foreign and EU NGOs. The government plans to create the National Freedom Institute – Centre for the Development of Civic Society. This body, to be formally established in September will oversee and direct funding and encourage civic society in Poland.

The Eurosceptic tendency was underlined in the panel on relations with Europe. The EU needs redefinition especially in the present, troubled times. But this will remain difficult since there is no common will to build a political plan – the even closer union is defined as a permanent revolution with the gap widening between creditor and debtor countries and too wide for meaningful dialogue.

Brexit, the US reorientation towards the Pacific rather than Europe, Russian expansionism, China, demography, infrastructure – these are the main problems in world strategy and it seems that the EU wasn’t up to solving them. Some solutions were proposed, for example the redefinition of values to include more emphasis on the nation state as the unit to effect change, perhaps even city states. In the light of these crises, the Polish Three Seas project needs to be developed further and needs to be too big to fail. 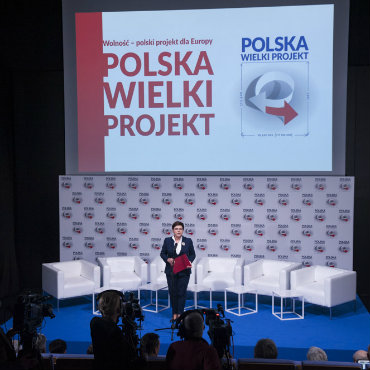