Poland’s capitalism is a victim of its own success

09.03.2017
In Poland the neoliberal governments made the same mistakes as elsewhere, says Wolfgang Streeck, a professor at the Max Planck Institute in Cologne. 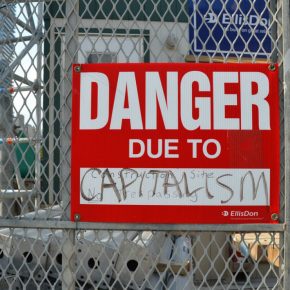 CE Financial Observer: What did Poland do wrong?

Wolfgang Streeck: In essence Poles forgot about the non-urban voters and focused on an internationalist approach, a neoliberal approach, one might say. It is after all quite legitimate to think of alternatives to austerity and for that I have some sympathy for the new Polish government.

The problem is when a country has to pay for investment from public money – and thus also ratchets up public debt – to make the market place more stable and stronger. Then one either has to borrow more – a la Greece – or money is taken out of the public sector, in the absence of a progressive tax regime. This is where we are with Trump, but also most likely in Poland too.

Poland is probably playing, what I call the Danish Card, that is a small country with its own currency on the edge of but not an integral part of a larger union. If Poland wants to play this card fully, however, it will have to meet the same preconditions Denmark set itself: a sophisticated and open education system, and treat cosmopolitanism as an asset.

But isn’t Poland a beacon of capitalism, a genuine success story?

Capitalism depends on a web of social relations that when broken undermine social cohesion and make capitalism unworkable. Trust, loyalty, faith in institutions and in laws. Inequality is growing and alternatives to financialised capitalism are not there anymore. The center-left cannot build sustainable coalitions, as we see in the case of Hillary Clinton, but also in Italy, France, the UK. There is a clear rupture between classes and voters are not doing what they should, or even what they say they will.

The ‚fakeness’ we see plays on sentiments people can understand. Obama in many ways was more fake than Trump in this respect. He presided over neglect, refused to restructure the banks, offered no New Deal. People don’t want to feel as if they are a ‚surplus population.’

I spent a long time in my life exploring the possibilities for an intelligent social democratic solution of the class conflict. The idea that we could modify capitalism towards equality and social justice. That we could tame the beast. Now I think those are more or less utopian ideals. There is a widespread sense that capitalism is in critical condition, more so than at any time since the end of the Second World War.

What legitimacy does capitalism need?

Steady growth, sound money and a modicum of social equity, spreading some of the benefits of capitalism to those without capital, were long considered prerequisites for a capitalist political economy to command the legitimacy it needs.

Capitalism, as we know, has benefited greatly from the rise of countermovements against the rule of profit and of the market. Socialism and trade unionism, by putting a brake on commodification, prevented capitalism from destroying its non-capitalist foundations—trust, good faith, altruism, solidarity within families and communities, and the like. Where circumstances were favorable, working-class organization even served as a ‘productivity whip,’ by forcing capital to embark on more advanced production concepts.

What are the most important signs of crisis?

There are many crisis symptoms are many but prominent among them are three long-term trends in the trajectories of rich, highly industrialized—or perhaps deindustrialised—capitalist countries.

Firstly, a persistent decline in the rate of economic growth, recently aggravated by the events of 2008. The second is the persistent rise in overall indebtedness in leading capitalist states, where governments, private households and non-financial as well as financial firms have, over forty years, continued to pile up financial obligations. Third – economic inequality – of both income and wealth, has been on the ascent for several decades now, alongside rising debt and declining growth. These three critical trends are mutually reinforcing.

Growth remains anemic, as do labor markets. Unprecedented liquidity has failed to jumpstart the economy and inequality is reaching ever more astonishing heights, as what little growth there is has been appropriated by the top one per cent of income earners—the lion’s share by a small fraction of them.

Is capitalism part of democracy?

Only in the Cold War world capitalism and democracy seemed to become aligned with one another, as economic progress made it possible for working-class majorities to accept a free-market, private-property regime, in turn making it appear that democratic freedom was inseparable from, and indeed depended on, the freedom of markets and profit-making.

Among ordinary people, there is now a pervasive sense that politics can no longer make a difference in their lives, as reflected in common perceptions of deadlock, incompetence and corruption among what seems an increasingly self-contained and self-serving political class, united in their claim that ‘there is no alternative’ to them and their policies.

One result is declining electoral turnout combined with high voter volatility, producing ever greater electoral fragmentation, due to the rise of ‘populist’ protest parties, and pervasive government instability.

Is it the final count down for the left?

After 2008, the Old Left remains on the brink of extinction everywhere, while a new New Left has up to now failed to appear. The masses, the poor and powerless as much as the relatively well-to-do, seem firmly in the grip of consumerism, with collective goods, collective action and collective organization thoroughly out of fashion.

As far as inequality is concerned, people may get used to it, especially with the help of public entertainment and political repression. Furthermore, examples abound of governments being re-elected that cut social spending and privatize public services, in pursuit of sound money for the owners of money.

Technological advances with which to buy time, such as fracking, can never be ruled out, and if there are limits to the pacifying powers of consumerism, we clearly are nowhere near them.

Closely related to this is the third disorder, the plundering of the public domain through underfunding and privatization. Along with declining economic growth, rising inequality and the transferral of the public domain to private ownership, corruption is the fourth disorder of contemporary capitalism.

Prof. Wolfgang Streeck is a retired Director and Scientific member of Max Planck Institute for the Study of Societies in Cologne, Germany. 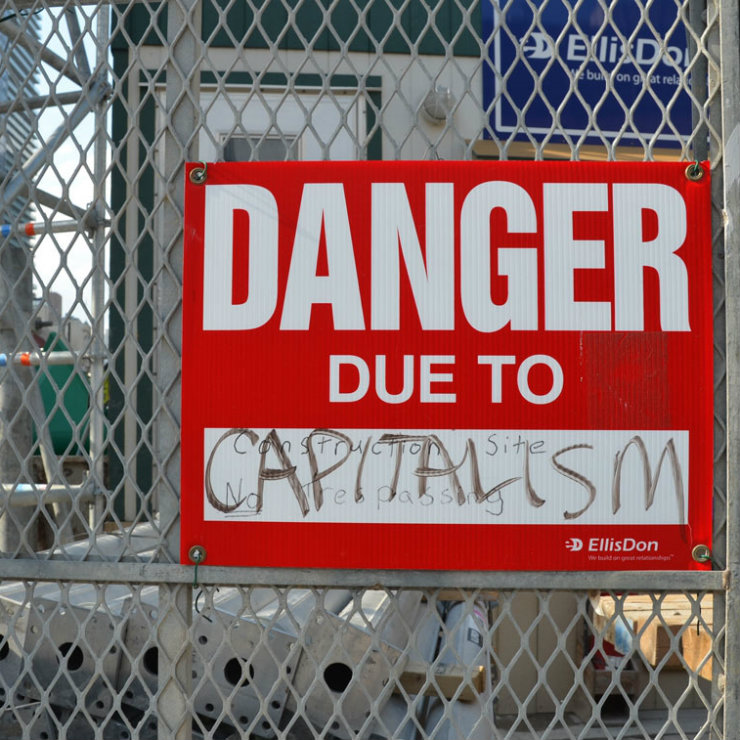