10.11.2021
The collapse of Soviet communism was a process that began in Poland, with the Solidarnosc movement eventually overcoming an oppressive and inhumane order. A powerful motivation in that drive was the desire to reconnect with international institutions and with Europe. 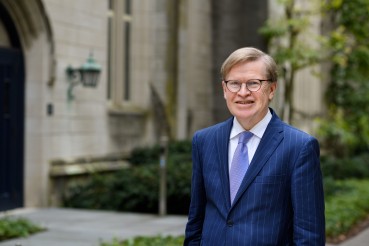 Poland’s economic transformation since then has been a dramatic success, with continued growth. Indeed, Poland was the only European Union member where income growth continued through the 2008 financial crisis; more recently, it is the country least economically damaged by Covid. Statistics about living standards are of course subject to all sorts of interpretation and distortion, though they give testimony to the stunning convergence with western Europe. The simplest and most intuitively appealing measurement is of how long people live. In 1990, life expectancy in Ukraine and Poland was almost identical (70.1 and 70.9 years respectively); by contrast, the latest (2019) figures are 77.9 and 71.8. Poles now can live longer and better lives.

This outcome is not a result of some fortuitous development, but rather reflects the quality of institutions and the signals and incentives. Today, a consensus of economists and political scientists identifies institutions as the key shapers of development. But good institutions cannot be created immediately: they require careful debate and sustained attention to institutional design. Creating a viable and dynamic legal and economic order also depends crucially on learning from others.

In the conventional view of transformation, all attention focuses on the great drama of liberation in 1989, the charisma of John Paul II, the Polish Pope, and the bold visions of participants in the Round Table. But the business of institutional design took much longer: it was substantially accomplished only at the end of the 1990s, and then the move set the framework for the continuance of an economic miracle.

The institutional development reflected a new view of what was international best practice. During the 1980s a substantial academic literature developed concerning the inflation performance as well as macroeconomic stability and growth. The new consensus suggested that in industrial countries, but also more generally, central bank independence (CBI) was closely correlated not only with lower rates of inflation but also with better economic performance. It was already well known that monetary authorities were frequently subject to political pressures that produced higher levels of monetary growth, but that such dependence had not improved long run growth rates.

The literature initially developed on the basis of an appreciation that establishing firm commitment mechanisms was an essential element in the establishment of policy credibility. This approach emphasized the contractual element of the position of central banks, and consequently focused on the explicitly defined terms of contracts or laws establishing central banks.

The end of communism in Poland was accompanied by hyper-inflation: in one month, in October 1989, the price increase in one month was 54 percent, in January 1990 the level 80 percent, The annual rate in 1990, as calculated by the IMF, was 585 percent. This inflation was a necessary part of letting relative prices adjust in a market economy: a rigid anti-inflationary policy at this moment would have been brutally destructive and counter-productive. Inflation remained at high rates through the 1990s, and allowed the establishment of a market economy. In 1995, it still stood at 27.8 percent, in 1997 at just below 15. The exchange rate was managed through a (downwards) crawling peg.

But inflation is quite corrosive. It pushes individuals to keep savings in foreign currency: in Poland, in the ubiquitous dollar. It leads to distortions in the decisions of the key economic agents. It is also often politically destructive. The inflationary process, with a constant uncertainty about the real value of taxes and government payments, produces for the territorial units the same feeling of losing out that is experienced in personal life. Taxes seem to go to the center – to Berlin, or to Moscow (for the waning Soviet Union), or to Belgrade (for Yugoslavia under stress). On the other hand, spending looks as if it is associated with proximity to the seat of the federal government. Such interpretations of how the political economy of fiscally driven inflation operates fuel political separatism.

A new ordering of the central bank in Poland was part of a general constitutional reworking, and of the new constitution of 1997. This move is only intelligible as part of a sustained move to institutional rapprochement with Europe and the European ideal: through NATO and then EU membership. An independent central bank and a fiscal rule were part of the convergence process. The fiscal goal set out in Article 216/5 reproduced the 60 percent limit of the Maastricht Treaty and the EU’s Stability and Growth Pact: “It shall be neither permissible to contract loans nor provide guarantees and financial sureties which would engender a national public debt exceeding three-fifths of the value of the annual gross domestic product.” The provisions for the central bank (Article 227) looked like a repeat of the Bundesbank law, with its emphasis on “securing” the value of the currency, or price stability: “The National Bank of Poland shall be responsible for the value of Polish currency.”

This move, and the details as set out in the Bank Law of 1997, corresponded to moves in other countries, across the world. Stage 2 of the process of European Monetary Union, as provided in the Maastricht Treaty, required the move to central bank independence; and the new and uniquely independent European Central Bank began its existence in 1999. 1997 was also the year that a new Labour government in Britain decided as its first major initiative to grant independence to the Bank of England and to entrust the design of monetary policy, within an overall target as laid down by the government, to a Monetary Policy Committee.

In Poland, the move was a success: inflation fell to below 2 percent in 2002 and provided a basis for making the business decisions that would build an entrepreneurial and successful economy.

Central bank design is inherently imitative. Back in the late seventeenth century, the proposal for a Bank of England depended on a model of the medieval Casa di San Giorgio in Genoa. By the mid-eighteenth century, the Bank of England model was already regarded as a spectacular success, and was imitated – most influentially by Alexander Hamilton, who studied it extensively, and used it as a basis for the First Bank of the United States, and by Napoleon in establishing the Banque de France. That model then in turn influenced a new wave of central bank creation in Napoleonic and post-Napoleonic Europe. After the Second World War German central banking was remade along the lines of the Federal Reserve System; in planning the Euro, there was a great deal of discussion of the desirability of a “Eurofed,” but also of learning the lessons of Bundesbank history. In the late twentieth century, central banks often emphasized that they were acting in conformity with an international trend: this was the action of a coordinated “brotherhood of central banks.” As Mervyn King of the Bank of England put it, “It is, after all, easier to lose weight when one’s own family members are on the same diet.”

In the 2010s, in the wake of the global financial crisis, the old lessons about central bank independence were obscured, across the world. As the role of central banks became again more complex and varied, the logic of CBI with a mandate closely tied to price stability looked too simple. Now, in response to Covid, there is again more uncertainty about a future inflation trajectory: the forecast range has increased. Does the constitutional requirement, which is common to modern central bank laws about supporting the general economic policy of the government, now require closer monetary and fiscal coordination? Or are there such inflation dangers as to lead to the need for reaffirmation of CBI?

The text is simultaneously published in the Polish monthly “Wszystko Co Najważniejsze” as part of a project carried out with the Institute of National Remembrance and the Poland’s central bank (Narodowy Bank Polski). 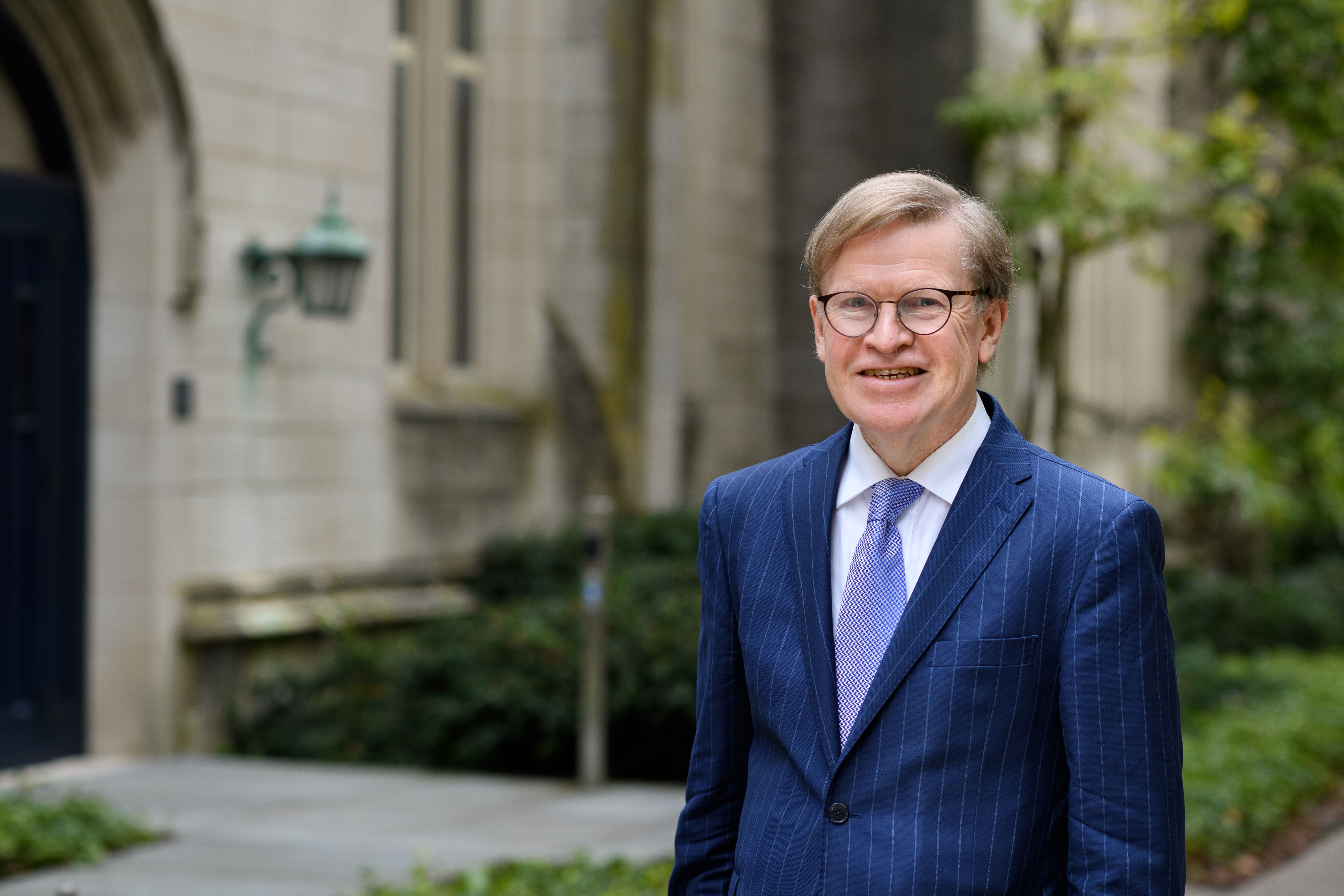