28.06.2021
The Ancient Greeks were right on most issues, but unfortunately they did not know the concept of acceleration, or at least they did not possess the mathematical apparatus to formally describe it. Centuries had to pass before we understood, thanks to Galileo, and actually not until Newton, that acceleration – in other words change in velocity over time – is invariably associated with the application of force. 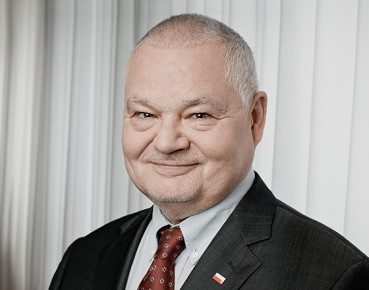 Recent months have taught us that the second law of dynamics is useful not only when we want to put a satellite into orbit, but also when we try to understand economic developments in Poland and around the world during the pandemic, the key to which is the phenomenon of acceleration.

A case in point is the fact that in just a few weeks, due to the external force of the pandemic restrictions and the panic caused by the coronavirus, the economies of many countries passed rapidly from robust economic expansion to dramatic slump. The flood of bleak data accelerated mercilessly, and in the background, often a dramatic battle raged for the health and life of citizens.

The situation required equally rapid and decisive action – aimed at limiting not only the transmission of the virus, but also the negative impact of the pandemic shock to the economy. Narodowy Bank Polski (NBP) was one of the first central banks to react, by implementing strong monetary easing. Thanks to the fact that we had been pursuing a traditional, conservative monetary policy for the last few years, we had the necessary space to act and we did not hesitate to cut interest rates to almost zero or to begin purchasing bonds issued or guaranteed by the State Treasury.

Despite the fact that we took these decisions very quickly and amid huge uncertainty, today we can say that without a doubt they provided effective support for the Polish economy. This success has been reflected, above all, in the GDP data, which showed that the decline in domestic product in Poland was half of the European average. We also managed to avoid a deterioration in the situation in the labour market, which is manifested, among others, in the lowest unemployment rate in the whole of the European Union.

But just as the strength of the pandemic restrictions forced a sudden halt to entire sectors of the economy, in many regions of the world causing the largest recessions in their contemporary history, so the marked improvement in the epidemic situation and gradual relaxation of restrictions are translating into a significant economic recovery, which is also noticeable in Poland. And although the direction of changes is – fortunately – the opposite to a year ago, the pace seems just as dizzying.

A good illustration of this is the data from the US economy. Economists estimate that in the last 70 years it has taken on average almost 14 quarters to cover the distance from the trough of the recession to reach full potential in the US economy. This time it could take barely half a year – and that despite the fact that the scale of the slump in GDP in the United States caused by the pandemic was the largest in the country’s post-war history.

This accelerated rebound of the economy, visible in many areas also in Poland, understandably fills us with joy, but – just like the sharp slowdown a year ago – it also poses certain challenges. For example, there are concerns that central banks might respond too late to the improving macroeconomic data and forecasts, which would pose threats to sustainable economic growth.

Even if voiced against contemporary background, these statements are nothing new in the history of monetary policy. Indeed, it was already William McChesney Martin, the legendary Fed Chairman overseeing the post-war reconstruction in the years 1951-1970, who accurately observed that the real task of the central bank is to take away the punch bowl just as the party gets going. Of course, determining the optimal exit strategy from unconventional monetary policy measures is quite a challenge. However, one can certainly say that this process – both around the world and in Poland – should be wisely spread over time and treated as an element of continuity of the central bank’s policies, which on the one hand cannot undermine the foundations of the post-crisis growth, and on the other hand, cannot allow the build-up of macroeconomic and financial imbalances.

The experience that Narodowy Bank Polski has gained, particularly in the last year, the analytical tools and the channels of communication with the market that it has developed, have prepared us for this challenge. The central bank has proven its effectiveness in mitigating the economic effects of the pandemic and will prove it again by conducting a prudent policy of returning the economy to the path of rapid growth, while at the same time maintaining price stability and macroeconomic balance. However, we cannot let any sudden, excessive exchange rate fluctuations or changes in bond yields limit our growth outlook, because what is at stake is the growth potential of the Polish economy over the course of many years to come. This is precisely why we have our own currency, the Polish zloty – to have the possibility to conduct independent and autonomous monetary policy, which is an important shock absorber for us.

And what about the time when we have overcome the pandemic and its economic consequences for good? We have ambitious plans for the future, which all have one thing in common – to  facilitate Poland’s catching up with the wealthiest countries. In pursuit of this goal, we must not only conduct prudent monetary policy, but also fully take advantage of the opportunities created by the increase in our foreign exchange reserves.

As the central bank, NBP is the custodian of enormous national wealth in the form of reserve assets, whose value currently amounts to 133.4 billion euros (as at the end of May 2021). Thanks to wise management of the foreign exchange reserves, in 2016-2020 Narodowy Bank Polski generated profits, out of which it made a total contribution to the state budget exceeding 32 billion zloty, or close to 5% of NBP’s end-2020 total assets. Striving to ensure a high level of security and liquidity of the invested funds as well as their long-term profitability, the Management Board of Narodowy Bank Polski adopted a new reserve management strategy in 2020 which is particularly important in a world of low or negative interest rates in the major economies. One of the pillars of our new investment strategy is the successive increases in the central bank’s gold reserve, which efficiently diversifies the risk related to the other investments. In the years 2018-2019, NBP purchased 125.7 tonnes of gold, increasing its gold holdings to 228.7 tonnes, or about 8% of total official reserve assets. The scale and pace of further gold purchases will depend on the growth of NBP’s FX reserves, as well as the future macroeconomic and market conditions.

We have achieved a lot, but there is still a lot to do. Therefore we cannot afford to stop now – we must prudently lead Poland out onto the path of sustainable growth and convergence as well as wisely invest our growing reserve assets. At stake is a secure future and further improvement in the living conditions of millions of Polish citizens.

Text simultaneously published in the French daily „l‚Opinion” and Polish monthly opinion „Wszystko Co Najważniejsze” as part of a project carried out with the Poland’s central bank, Narodowy Bank Polski (NBP) and the Institute of National Remembrance. 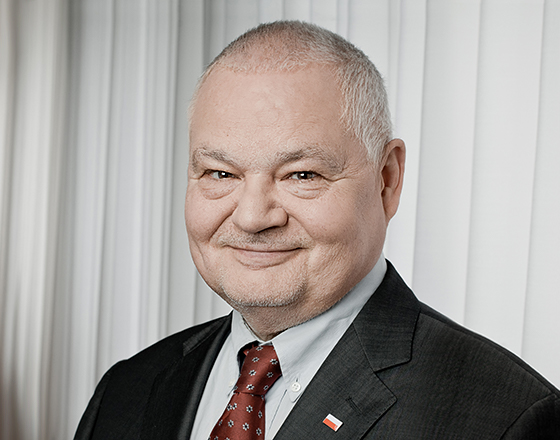