21.09.2020
Russia’s state Pension Fund is in a desperate need of additional transfers from state coffers. The Russian government is looking for creative ways to fill the gaps, such as confiscating “suspicious savings”, taxing tax dividends and interest payments made by Russian companies to offshore entities. 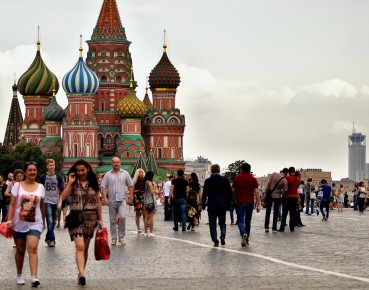 Founded in December 1990, the Pension Fund of the Russian Federation is the largest organization in the country providing socially important public services. Its principal responsibility is the payment of pensions to about 40 million of Russian pensioners. But it is also responsible for social payments to veterans and the disabled.

But very much like the state budget itself, which has been hit particularly hard by the extra spending needed to deal with the global pandemic, its financial standing is rather precarious. According to official sources, the current deficit of the Pension Fund is RUB118bn (EUR1.35bn).

However, according to Valentin Shurchanov, a member of the parliamentary committee on Budget and Taxes in the Russian State Duma, “the actual current deficit is closer to RUB650bn (EUR7.6bn),” Shurchanov told the Russian daily Izvestia.

But Russian authorities are good at keeping appearances. In early August this year the financial daily Vedomosti reported that last year was a record-breaking for the Pension Fund. The annual yield on investment made by the Fund reached more than 9 per cent, a number not seen in years. The yield achieved by the state-owned Pension Fund left much to desire even for the more risk-taking private funds who on average made 8.4 per cent gain on their investments.

But even above-average returns on investment of the Pension Fund can’t fill the RUB650bn hole. That money needs to come from elsewhere.

In late July this year, Izvestia reported that Russia’s Finance Ministry is planning to transfer confiscated “suspicious savings” of Russian citizens to the Pension Fund.

Such scheme is not altogether new; a similar law applying to confiscated assets is already in place. Last year alone, the Pension Fund cashed in RUB21.4bn (EUR250m) on confiscated Russian assets. With the new amendment to the existing legislation, the hope is that more money could be secured for the depleted Pension Fund by targeting suspicious money sitting in bank accounts as well.

As Russian Constitutional Court made clear last year, not only property belonging to state officials or their family members can be confiscated. The law applies to anyone who is a subject of the Russian Federation, i.e. any person with a Russian nationality. It is likely that the same would apply to the extension of the law to suspicious savings.

According to Izvestia, the amendment is likely to receive support from the majority of political fractions in the Russian Parliament. If everything goes smoothly the amendment could go into force as early as December 2020.

However, it needs to be said that corruption in Russia is a rather systemic issue, meaning that people who end up being accused of it usually find themselves in this situation as a result of falling out of favor with some key government official, rather than simply doing something “illegal”, like accepting a bribe.

This means that although the potential for confiscating “suspicious savings” in a country like Russia is enormous, the actual confiscated amount is likely not going to be very high.

If Russia wants to get hold of some extra cash quickly, getting at least a cut of some of the wealth generated domestically but hidden offshore, there is a way to do it. A large number of Russia’s wealthiest businessmen own their domestic companies through entities registered in low-tax offshore jurisdictions like Cyprus or the British Virgin Islands.

Russia’s President Vladimir Putin has been considering with the idea of de-offshorization of the Russian wealth at least since 2012 when he required all resident taxpayers to declare their offshore accounts and pay 13 per cent on that income.

However, according to a poll carried out by a Moscow-based law firm among around 300 high-net-worth Russian individuals, the policy initiative didn’t have the desired effect. Quite the opposite — the study showed that as many as 40 per cent of those with offshore companies had given up their Russian residency. Another 9 per cent transferred their assets to family members living abroad.

A survey published by EY and international real estate broker Tranio in February 2020, shows that the most-favored countries to gain tax residency status for rich Russians are Malta (42 per cent), the U.K. (31 per cent), and Switzerland (25 per cent). Switzerland is also the most in demand among Russians wanting to open a bank account (98 per cent), followed by the U.K. (66 per cent) and Cyprus (37 per cent).

It appears now that Mr. Putin wants to give “the de-offshorization project” another try. In his televised speech on March 2020, he called for long-term changes to the nation’s Tax Coda to target its richest individuals.

He said that he would increase taxes on dividend and interest payments that Russian-based companies are transferring to their owners’ offshore bank accounts to 15 per cent. The Russian President also said that about two-thirds of those payments are currently taxed at only 2 per cent.

Mr. Putin said that the “additional money” would be spent on support of families with children and people who have lost their jobs or are sick.

One the one hand, forcing wealthy Russian to, at the very least, pay their fair share in taxes doesn’t sound like a bad idea. After all, Russia is one of the most unequal societies in the world. According to the Global Wealth Report published by Credit Suisse in 2018, Russia had the second-highest concentration of wealth after Thailand, with 10 per cent of Russians owning 82 per cent of the country’s wealth.

But, on the other hand, the latest call for tax enforcement targeting the Russia’s rich by Mr. Putin comes at a time when his popularity rating is falling to lowest level in over two decades, and both elections to the State Duma and presidential elections are coming up.

A government initiative of such magnitude and importance for the country needs to be made with a long-term view of Russia’s financial situation in mind, rather than a quick political gain. The approach, as well as the motivation, will likely be decisive for the success of the initiative.