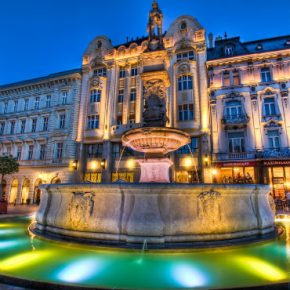 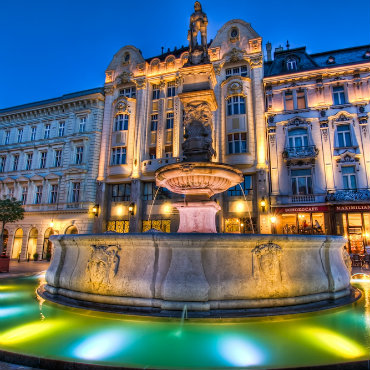 Slovakia’s public deficit in 2015 was better than expected, improving by 0.26 percentage points, compared to a notification from the spring, to 2.71 per cent of GDP in the autumn, largely due to the improved collection of corporate taxes.

“It’s worth it to be patient,” said Finance Minister Peter Kažimír, cited by the TASR newswire. “What we were saying when the spring notification was released – that the figures would eventually be better – has now emerged to be true.”

Analysts of the National Bank of Slovakia (NBS) agree that the 2015 public finance deficit shrunk mostly due to more streamlined corporate income tax collection. However, the deficit is still above the set target, analysts of NBS pointed out.

In October the government approved the draft of the general government budget for 2017-2019. “The budget is based on the current macroeconomic situation in Slovakia which predicts for the country, compared with other European states, an above-average economic growth at 3.5 per cent of GDP for next year,” the Finance Ministry wrote in the press release.

The general government budget predicts a gradual decrease in the general budget deficit that should amount to 1.29 per cent of GDP in 2017, which is predicted to fall to 0.44 per cent in 2018.

Moreover, the gross debt of public administration should also drop, to 49.1 per cent of GDP in 2019.

As for the state budget, the draft predicts the deficit to amount to EUR2.017bn next year. Total incoming finances should amount to EUR15.415m, while expenditures are predicted to stand at EUR17.432bn.

Employment is also expected to grow by 1.5 percent next year. The jobless rate should drop to 8.5 per cent and continue decreasing in the following years.

The increase in nominal salaries will speed up to 3.5 per cent, resulting in the rise of the average wage to EUR940 a month next year, the TASR newswire reported.

The budget predicts the general government budget deficit will decrease to 1.29 per cent of GDP in 2017 and to 0.44 per cent in 2018. Slovakia should achieve the first surplus budget in 2019 when it should amount to 0.16 per cent of GDP.

“This plan is realistic,” said Finance Minister Peter Kažimír after the government advanced the draft of the general government budget for 2017-2019 to parliament. “Already next year we will register a primary surplus, i.e. when we deduct our debt servicing from our expenditures, we will be in surplus and not in deficit. Thus this is a confirmation that we are on the right path to a balanced budget.”

The budget is based on the latest forecast indicating that the government may collect EUR560m in taxes next year, more than originally expected, and more than the latest macro-economic prognosis of the Finance Ministry from September. It assumes that Slovakia’s economy will grow 3.5 per cent in 2017. The ministry expects that the negative impact of Brexit on economic growth of Slovakia estimated at 0.2 per cent of GDP will be compensated for by increased exports from Slovakia. Investment activities will be supported by construction, the automotive sector and an increase in public investments.

Employment is also expected to grow by 1.5 per cent and 34,000 jobs next year. The jobless rate should drop to a historical low of 8.5 per cent and continue decreasing in the following years. The increase in nominal salaries will speed up to 3.5 per cent, resulting in a rise of the average nominal wage to EUR940 a month next year, the TASR newswire reported.

Some economists, as well as representatives of employers, point out risks for which the draft budget does not prepare. “It is a question of some years or months that bad times will come,” said Rastislav Machunka, vice-president of the Federation of Employers’ Unions (AZZZ) as cited by the Sme daily. “If we slip into recession, then there will be no space for stimulation [of economic growth]. Exactly during times of 3 per cent growth there is space for reaching a balanced budget in order we create space for the period when there will be a need to stimulate some economic growth.”