The Belarusian economic crisis is both the result and the cause

26.06.2017
During recent months there have been many positive political and economic signals coming from Minsk. However, this modest optimism has now waned substantially. 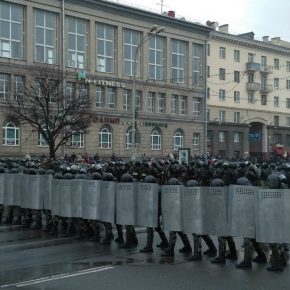 The noticeable attempts to open up Belarus to the countries of the European Union, including Poland, have been overshadowed by waves of protests. Economic factors play a key role in the current crisis. The current economic outlook should be considered on at least three levels: the macroeconomic, social and international environments. Unfortunately, they do not provide a clear answer, which implies additional difficulties in the assessment of the current processes.

The protracted economic recession emphasized by the experts has its most important source in the structural errors of the Belarusian state’s economic organization. Basing the economy on the processing of Russian energy raw materials, dependence on Moscow in this area (largely also political) and the slow pace of reforms led to the development of an image of Belarus against which its citizens are currently protesting on the streets.

However, a process of slow restructuring of certain economic areas, including monetary policy and the regulations in the private sector, has been noticeable for several years. In January 2017, the authorities adopted the “Social and economic development program of the Republic of Belarus for 2016-2020”. The document includes a number of reform proposals, such as:

All these changes could pave the way for subsequent necessary pro-market transformations, if they were implemented.

At the same time, one should not succumb to excessive optimism. Macroeconomic estimates indicate that the recession will continue in 2017. The strong links with the Russian market, whose problems are being felt almost throughout the entire Commonwealth of Independent States, are leading to a gradual reduction in the volume of trade and a decrease in the value of the Belarusian ruble. This, in turn, affects state budget revenues and the ability to service the debt. Any improvement of the situation could be harmed by at least two factors:

The manual control of the Belarusian economy by the President Alexander Lukashenko regime has finally led to a situation that is dangerous for the regime itself, not only from the point of view of economic indicators, but also due to the growing dissatisfaction of the majority of society.

Real wages are falling from year to year, and inflation remains at the level of over a dozen or so per cent per year. A recent report of the Statistical Office of the Republic of Belarus indicates that 40 per cent of the inhabitants of the country would not be able to cover unplanned expenditures in the amount of BYR90 (EUR42)–they simply do not have the money to spare. BYR90 is almost half of the established existential minimum, which amounts to approx. EUR90.

For this reason, for over a year there has been a clearly visible shift towards the countries of Western Europe. Another important reason is the attempt to balance the Russian influence. Lukashenko fears a repetition of the Ukrainian scenario in Belarus.

The process of escalation of tensions, which is well-known to researchers, has played out almost in its entirety. In its first phase, society was willing to adapt to the situation, even though it was experiencing a deterioration of the financial situation. The emerging signs of dissatisfaction usually did not take a nation-wide form. Then the lack of reaction of the authorities to the growing problems of the citizens led to the second stage: politicization. Groups and their leaders gradually emerged, who exerted pressure on the elites with the help of social unrest. The antagonisms continued to intensify. The demands of the protesting groups were not met, and the problems grew. As a consequence, the critical point of securitization was reached. The government decided to use force.

Between the East and the West

As the next door neighbor and one of the most important economic partners of Belarus, Poland should be the most interested in Lukashenko’s actions. Some manifestations of this are visible, among others, in the official visits of the Polish authorities in Minsk. They resulted in the proposal for the inclusion of Polish companies in the privatization processes (read more) and the expansion of the transport corridors. There are also plans for several of the largest Belarusian companies to enter the Warsaw Stock Exchange. Lukashenko’s gestures towards Poland and the EU can also be seen in the gradual lifting of the embargo on Polish poultry imposed in 2016.

The economic involvement of Warsaw may have two different outcomes. Firstly, it could help to accelerate the process of politicization of economic problems. This process could be aggravated by the involvement of the Polish political elites, as can already be seen in the reaction to the current protests. As a result, a decisive response of Russia cannot be ruled out. Secondly, the pursuit of a prudent economic policy towards Minsk may contribute to the depoliticization and thus the calming of the public moods in the country.

Due to the relaxation of the tense relations between the EU and Belarus in February 2016 and the lifting of the majority of sanctions imposed on Minsk a decade earlier, Lukashenko was able to return to a more effective balance between the West and the East, especially in the area of economy.

Searching for channels of cooperation with Poland will not mean a full opening up of the market. This is a certain kind of game aimed at ensuring a relatively peaceful position for Belarus as a buffer in the rivalry of the great powers. It is also a signal that Minsk is able to pursue policies that are not in line with Russian interests. The current difficult dispute with Moscow concerning the prices for the supply of gas and the demands for the renegotiation of the contract from 2011 is a manifestation of this fact. Over the past several years there have been many more such examples. In 2007, it was revealed that Belarus was taking an excessive amount of oil from the Druzhba pipeline. Then in 2010 and 2012 problems emerged in the negotiations concerning oil prices. What’s more, Belarus was disguising the oil as a solvent and selling it as such, thereby circumventing customs obligations towards Russia.

Thanks to the agreement for the supply of Iranian and Azeri oil through the Odessa-Brody pipeline, Belarus is trying to diversify its sources of energy commodities. This is also important for Poland, which cares about the Odessa-Brody oil pipeline for the same reason as the Belarusians.

The increased efforts to seek a balance in relations with the neighbors were stopped by the crisis which was triggered by the so-called “decree against social parasites”. We are dealing with the stage of politicization of the issue, i.e. the creation of ad hoc social structures supported by the main objective, which quickly developed from the sole demand to abolish the “parasite tax” to demands for deep structural reforms in the country.

However, the moment when the situation in the country worsened does not seem to be a coincidence, as evidenced by several factors. Lukashenko is becoming increasingly aware of the importance of public opinion and the ease with which it can be sold certain ideas. They may currently realistically threaten his position. Therefore he must gradually change his political rhetoric. Such a change is associated with a need for modifications in the economic sphere, and this cannot be done without the support of Poland.

The introduction of free-market principles in Belarus will certainly not occur during the reign of Lukashenko. Unfortunately it is also not certain whether a neoliberal direction of reforms is appropriate for Belarus. In Ukraine the desire of the elites to establish a Western European economic and political model resulted in a deep crisis, and Lukashenko knows that.

Economic transformations in Belarus are not in the interest of Russia. It should be noted that Belarus has not sold a single state-owned enterprise to foreign companies (also including Russian companies) since 2011. The experience of the past months leads to the conclusion that companies from the European Union would be potential foreign partners on the Belarusian market. Meanwhile Russia benefits from the exacerbation of the internal social, political and economic uncertainty, which forces Lukashenko to make concessions to Moscow in the ongoing gas crisis.

Ukraine and Georgia – the guardians of Russian interests

Historical experiences in the former Soviet republic’s search for the so-called “third way” indicate that Russia never remains neutral towards them. Here once again the case of Ukraine, but also Georgia, is highlighted. As a result of the development of hybrid warfare techniques, Moscow is achieving its economic objectives, among others, by antagonizing social groups. In the process it exploits the presence of Russian and Russian-speaking diaspora in the former republics of the Soviet Union. By opening subsequent doors to economic cooperation with the West, largely carried out with the strong participation and support of Poland, Alexander Lukashenko is therefore providing Russia with strong arguments in the gas dispute.

There is no way to deny the authentic fatigue of the Belarusian citizens with the deepening economic malaise, even in spite of certain optimistic macroeconomic results. However, it cannot be excluded that an unskillful attempt to contain the deteriorating public mood could lead to a situation that we have observed in Ukraine since 2014.

The destabilization of yet another country in Eastern Europe, due to economic problems, would have far reaching economic consequences for Poland. Therefore Poland should already seek to depoliticize the problem, which means calming the public moods. For this purpose, a constructive dialogue with president Lukashenko is necessary. It should not, however, be based on Polish messianic tendencies, but rather on the realistic possibilities resulting from Poland’s international position and the economic situation in the country.

Kamil Smogorzewski is an analyst collaborating with the Department of Conflict Studies in the Academy of Finance and Business Vistula in Warsaw. 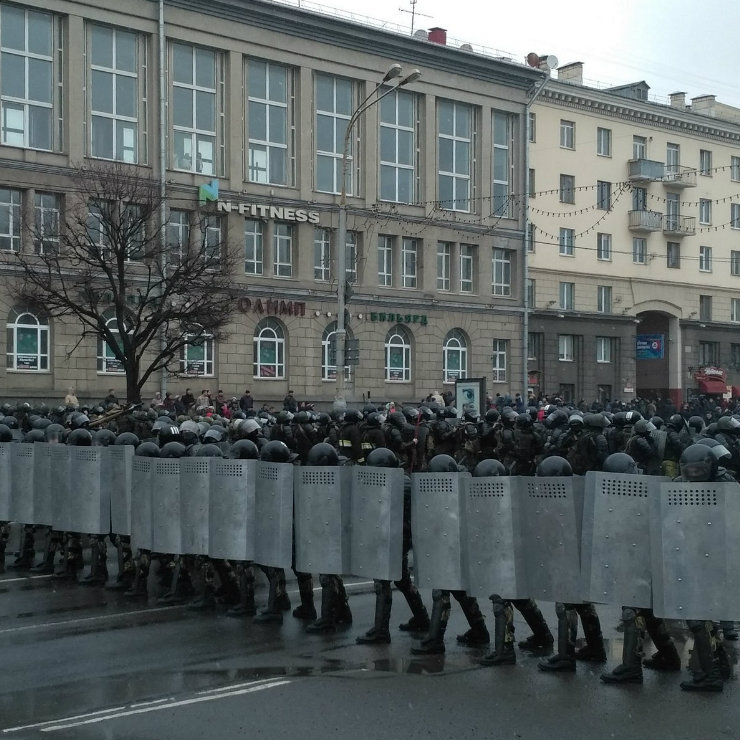