14.03.2017
Thanks to the far-reaching reduction of taxes, Romania has a chance to become a new regional power, able to attract foreign investors. However, the unresolved problem of corruption at a level unprecedented in the European Union could spoil even the most favorable economic solutions. 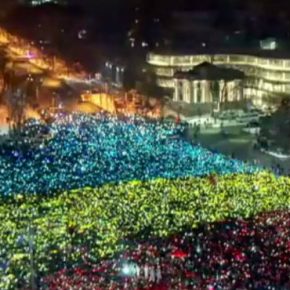 In 2016 Romania was the fastest growing economy in the European Union, with a GDP growth rate of 5 per cent. This came as a big surprise, because analysts expected that growth would reach a maximum level of 3.9 per cent. Immediately the European media wrote that other countries wanting to revive their economy should follow the example of Romania.

These really good economic figures are the result of reforms that have begun already in mid-2015. This was when the Romanian parliament adopted a new tax code, with significantly reduced tax rates. At the time, the International Monetary Fund (IMF) and the European Commission (EC) expressed their firm opposition. They pointed out that Romania had not sufficiently implemented the recommended reforms and therefore should not reform taxes as that could threaten the balance of the budget. The controversial changes included, among others, the reduction of the VAT rates, and entered into force in January 2016.

The basic VAT rate is currently 19 per cent, which is 5 percentage points lower than previously. This rate is applied to products and services that are not related to food, because the VAT on food was already reduced in 2015 — from 24 per cent to 9 per cent.

The tax changes also included self-employed persons. In accordance with the revised provisions, companies whose turnover reaches up to EUR100,000 per year will be considered as micro-entrepreneurs (the previous threshold was EUR60,000), which is associated with specific tax benefits. Micro-entrepreneurs pay 2 per cent income tax, but if they employ at least two employees it is reduced to 1 per cent.

The tax on dividends was reduced from 16 per cent to 5 per cent. Finally, the government introduced a tax amnesty. Until the end of March 2016 every citizen could pay any outstanding taxes to the state without the risk of a financial penalty. The amnesty was intended to bring as many Romanians as possible out of the shadow economy.

Unfortunately, the fact that Romania has the fastest rate of economic growth in the European Union does not mean it is a healthy economy. The list of unresolved issues begins with deflation, which has lasted since the spring of 2016. Romania’s deflation is the highest among the countries that had to deal with this problem. This is a new situation for the government in Bucharest, because after the fall of communism, i.e. for over 25 years, the prices were only increasing.

The experts observing the bold moves of the government were asking whether the good economic performance, resulting from the tax reduction, would be permanent or whether it would prove to be a solely temporary success.

However, the latest forecasts point to a sustainable growth. At the end of December the Moody’s agency released a report which forecasts GDP growth of 3-4 per cent per year over the next two years. Private consumption will remain the main driver of the growth, although taking into account, among others, the projected increases in oil prices, it will be lower in 2017 than in the previous year. Moody’s additionally predicts that the state deficit will exceed 3 per cent.

Since 2011, the association of investors “CFA Romania” has been examining the predictions of financial analysts concerning the prospects of doing business in Romania for the following year. The index values range from 0 (no confidence) to 100 (complete confidence in the Romanian economy). According to the expectations of the interviewed investors, in 2017 the economic situation of the country should improve, regardless of the temporary deterioration. The December report shows confidence at the level of 65.6 points. The expectations for the next 12 months are very high.

The success and the economic growth has recently been overshadowed by Romania’s long-standing problem – corruption on a very large scale.

In January the Social Democratic government of Prime Minister Sorin Grindeanu passed legislation lowering the penalties for crimes committed by public officials. According to the new regulations, such crimes would be prosecuted only if the resulting loss for the State Treasury exceeds the equivalent of at least EUR45,000. The threshold was raised thus many people guilty of embezzlement could avoid liability and punishment. In addition, an amnesty was announced that covered nearly 2.5 thousand people sentenced to imprisonment for up to 5 years.

The government justified this move by the need to adapt the criminal code to the recent judgments of the constitutional court, and indicated that the amnesty was needed in order to reduce overcrowding in the prisons.

Opponents of new regulations – and of the expedited legislative procedure under which it was adopted – believed that the new regulations were primarily intended to help the leader of the ruling party, Liviu Dragnea, who was charged with causing losses of EUR24,000 to the State Treasury. In accordance with the raised threshold, the post-Communist politician would no longer be held liable. Protesters filled the streets of Bucharest. The demonstrations were attended by crowds of 300 thousand people. When the European Union supported the protesters, the government withdrew from the changes. In February the Romanian parliament agreed to the proposal of president Klaus Yohannis to hold a referendum on support for the anti-corruption laws.

Anti-corruption office – dreaded by the politicians

It has to be admitted, however, that in recent years Romania has done a lot in order to stop taking the leading places on the lists of the most corrupt countries in the EU. Over the last few years the National Anticorruption Directorate (Direcţia Naţională Anticorupţie – DNA), established in order to fight this phenomenon, filed criminal charges against a number of influential politicians (including Elena Udrea, the former Minister of Tourism), which sent a signal that anyone could be held accountable.

The National Anticorruption Directorate is praised in Brussels and presented as an example of an effective fight against corruption. Thanks to the enormous commitment of its current chief, Laura Codruța Kövesi, the National Anticorruption Directorate increased the number of detentions (the DNA initiates approx. 800 cases a year against civil servants of various rank), three-fourths of which end with a conviction. In 2015, the activity of the DNA led to 1,250 criminal lawsuits, and the accused included such high-ranking officials as the former Prime Minister Victor Ponta (he stepped down from office as a result of mass protests in 2015), 16 ministers, 5 senators and 97 city mayors and their deputies.

It is no wonder that the Directorate has become an institution dreaded by politicians on all sides of the political spectrum, and at the same time, one of the public institutions most highly evaluated by the citizens. However, the events of recent weeks have clearly demonstrated that it is far too early to congratulate Romania on its success. 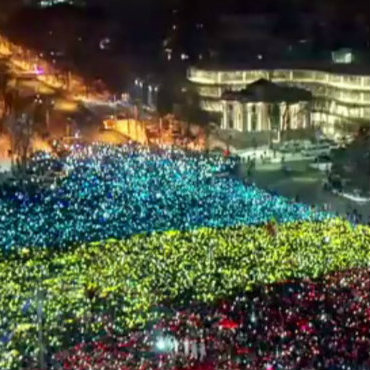