The EU is repeating old mistakes in its fight against unemployment

The strategy for the prevention of a long-term unemployment adopted in 2016 by the EU Council repeats the mistakes of the "Youth guarantee" program. The new scheme focuses on taking formal actions, regardless of the economic conditions.

The „Youth guarantee”, a scheme adopted in 2013, was supposed to provide young people with a job or training within four months of registering as an unemployed person. In the new strategy, which has no age limits, the key element is an „agreement on integration into the labor market” signed by the employment office with the unemployed person.

Brussels has devoted only marginal attention to activities that could have a real impact on the economy. However, we should positively assess the fact that the proposed activities include the need to reduce excessive fiscal burdens that discourage the unemployed from working and employers from hiring people.

It is telling that the longest substantive fragment of European Union’s recommendations concerning the prevention of a long-term unemployment, adopted by the EU Council on February15th, 2016, is a description of an „agreement on integration into the labor market”. According to the recommendations, such an agreement should be concluded by the employment office with a person who has been unemployed for at least 12 months, but not longer than 18 months. „The job-integration agreement should detail explicit goals, timelines and the obligations which the registered long-term unemployed person must meet, such as taking active steps to find a job, accepting offers of suitable work and attending and participating in education or training, re-qualification or employment measures,” clarifies the EU Council.

It is worth noting that such individualized assistance may indeed prove effective, especially since the Council states that the potential agreement should include forms of assistance from the group of so-called active labor market policies. This includes forms such as „validation of non-formal and informal learning”, „counseling and guidance” and „early childhood education and childcare” for the unemployed person in order to allow them to pursue work. Without real, structural incentives bringing lasting effects, the conclusion of such an agreement with the unemployed person can easily turn into a feigned activity. We can easily imagine a situation where the mere fact of looking for a job or participation in poor quality training, irrelevant from the point of view of professional activation of the unemployed person, their interests and education, will be recognized as „progress” in the agreement.

What is the EU proposing?

Only a relatively small portion of Brussels’ recommendations is devoted to the indication that in order to activate the unemployed real actions are required rather than „paperwork”. In spite of that it is worth taking a closer look at the specific actions proposed by the EU. The postulate that the member states should „develop partnerships between employers, social partners, employment services, government authorities,” is an example of the vague bureaucratic language. However, Brussels also wants the member states to „focus any financial incentives on schemes supporting integration into the labor market, such as recruitment subsidies and the reduction of social insurance contributions, in order to increase job opportunities for registered long-term unemployed persons.”

In this passage, we can see the specific solutions offered by the EU in order to reduce unemployment: on the one hand „recruitment subsidies” and the other hand „reduction of social insurance contributions” (or, more broadly, the fiscal burdens on employment).

Is that socialism or capitalism?

What is surprising is the fact that these two solutions, representing two entirely different philosophies, are mentioned next to each other in the EU recommendations. This is a misunderstanding. A reduction of the fiscal burden is a solution that is permanent and applies to all employees from a given group. For example, a student employed pursuant to a contract of mandate may not pay social security contributions until the age of 26, which increases the take-home pay of a student who is working part-time by an average of PLN150-300 per month. Although there are still no detailed studies on this issue, intuition and observations of everyday life indicate that the existence of such incentives in Poland is a factor encouraging students to take up their first job.

In order to effectively fight unemployment, the EU countries indeed have a lot of room for maneuver with regard to such a reduction of the tax burden. According to the OECD, the tax wedge for an employed childless person amounts to 34.66 per cent in Poland and as much as 48-49 per cent in countries such as Austria, France, Germany and Hungary (data for 2015).

The reduction of the tax wedge actually became one of the elements of implementation of the „Youth guarantee” program in Poland: a 12-month exemption from the payment of Labor Fund and Guaranteed Employee Benefits Fund contributions was introduced for entrepreneurs employing persons under 30 years of age who were referred to that position by the employment office.

This is a marginal change, however, and in addition it works as an incentive only for the employer. We should also increase the deductible cost of obtaining income in case of an employment contract, which is now a lump sum and only amounts to PLN112.25 per month. An increase in the deductible cost of obtaining income in the employment contract to 20 per cent of the obtained income (as in the case of most contracts of mandate) would increase the employee’s net salary. The existence of such an incentive would encourage the unemployed to take up work ‒ including the long-term unemployed, who currently quite correctly believe that the remuneration obtained in the case of taking up work would not increase their level of prosperity very much in comparison with the current situation, based on receiving social benefits and help from their family.

The deceptive charm of subsidies

Meanwhile, employment subsidies ‒ the second method mentioned by the EU ‒ only has a marginal and short-term effect. In 2016, a three-year program called „Jobs for youth” was launched in Poland. Its goal is to finance the total cost of employment for 100,000 employees for one year. If the entire allocated amount is utilized, only 1 out of 5 young unemployed persons would gain employment, because the Ministry of Family, Labor and Social Policy estimates the total number of unemployed persons under 30 years of age at 500,000.

However, the latest data indicates that the allocated funds will not be fully utilized after all. Although no complete statistics are available, in the first half of 2016 as part of the „Jobs for youth” program 1,700 jobs were created which ‒ even if we consider that this is data from one voivodeship only ‒ is a small number compared to the planned 100,000 thousand jobs. In addition, in the first edition of the EU program Knowledge, Education, Development, only 4,000 out of 11,000 young people found a job for at least three months.

Another example of the low effectiveness of subsidizing employment is the solution introduced in Spain in 2013, within the framework of the „Youth Employment and Entrepreneurship Plan”, which is based on subsidies and is supposed to encourage, among others, employment contracts for an indefinite period of time. Employers were promised a monthly subsidy from EUR500 to 700 for a year or for three years, as a reward for the conversion of a contract for a specified period of time into an employment contract for an indefinite period. Although 365,000 people under 30 years of age benefited from the program from mid-2013 to December 2014, according to Eurostat data, the number of people with specified period employment contracts in the 15-29 age group increased from 1,068,000 in the fourth quarter of 2013 to 1,122,000 in the fourth quarter of 2014, which means that the effect wasn’t very impressive.

In its strategies for combating unemployment, Brussels puts major emphasis on actions which in reality should be a marginal addition to genuine changes. Meanwhile, the opposite is true: suggestions of real actions are marginalized, a good example of which is the content of this year’s EU Council recommendation concerning long-term unemployment. The obligation to create an activation plan for the unemployed will not create new jobs, while the reduction of contributions and taxes certainly would.

When a strategy is based on the number of signed documents, it’s easier to measure the effectiveness of implementation of the plan (it is then expressed, for example, in the number of concluded activation agreements or provided internships), but the „Youth guarantee” program has shown that despite this ease of keeping statistics, there are still no aggregate data concerning the effects and the number of beneficiaries of this program. Consequently, in the analysis of the effects of the „Youth guarantee” the European Court of Auditors has to base exclusively on case studies from specific countries or localities ‒ which do not give a full picture of the situation – despite the fact that the EU has spent EUR3.2bn of European taxpayers’ money on the whole program.

So instead of promoting bureaucratic activities, it would be better if he European Union returned to the promotion of concrete actions, based mainly on the free market, which have already proved their effectiveness. For example, the EU policy-makers should remember what they themselves stated on the occasion of celebrations of the 20th anniversary of the EU internal market: that the development of the digital single market in the EU could create approx. 2.77 million new jobs. That is more than all the EU programs for combating unemployment combined.

Category: Macroeconomics 01.10.2020
The lockdown measures have hurt both the Polish and the Ukrainian economy, but the strength of the impact is not the same. The long-term effects in the two countries will also be different. Unemployment may turn out to be the biggest problem in Ukraine. 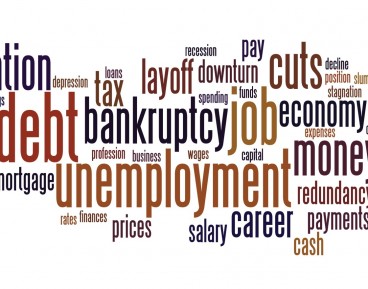