In the conditions of weakening international trade, the increase in sales to Germany proved to have a positive impact on the growth of Polish exports in 2018. This was largely due to factors not related to demand.

Last year was the 5th consecutive year when the value of Polish exports to Germany grew faster than the value of exports to other countries. This is a reversal of the downward trend in trade with our western neighbor that was observed until 2008. The latter was associated with an increase of exports to the countries of Central and Southeast Europe (CSE) and the countries of the former Soviet Union, which were primarily carried out by the Polish branches of multinational corporations.

This was reflected in a further increase in Germany’s importance of Polish exports. In 2018, Germany accounted for 28.2 per cent of the total value of Polish exports, which is the highest share since 2005. Among the EU countries, the German market is more important only for the exporters from the Czech Republic and Austria.

The global conditions for Polish exports deteriorated in 2018. The slowdown in international trade also affected Poland. According to Eurostat data, the value of Polish exports expressed in EUR rose by 6.4 per cent in 2018, that is, at a twofold lower than in 2017, when exports grew by 12.6 per cent. However, Polish exports still grew at a faster rate than the average in the European Union (an increase by 4.6 per cent) and faster than global exports (an increase by 5.1 per cent).

Polish exports to Germany grew at a faster rate than the exports of Germany’s other major trading partners. As a result of this trend, Poland’s share in German imports rose to 5.5 per cent. In terms of the value, since 2014 Poland has remained the 6th most important supplier of goods to Germany, ahead of the United States and the United Kingdom. In 2018, the value of German imports from Poland came close to the value of imports from Italy. 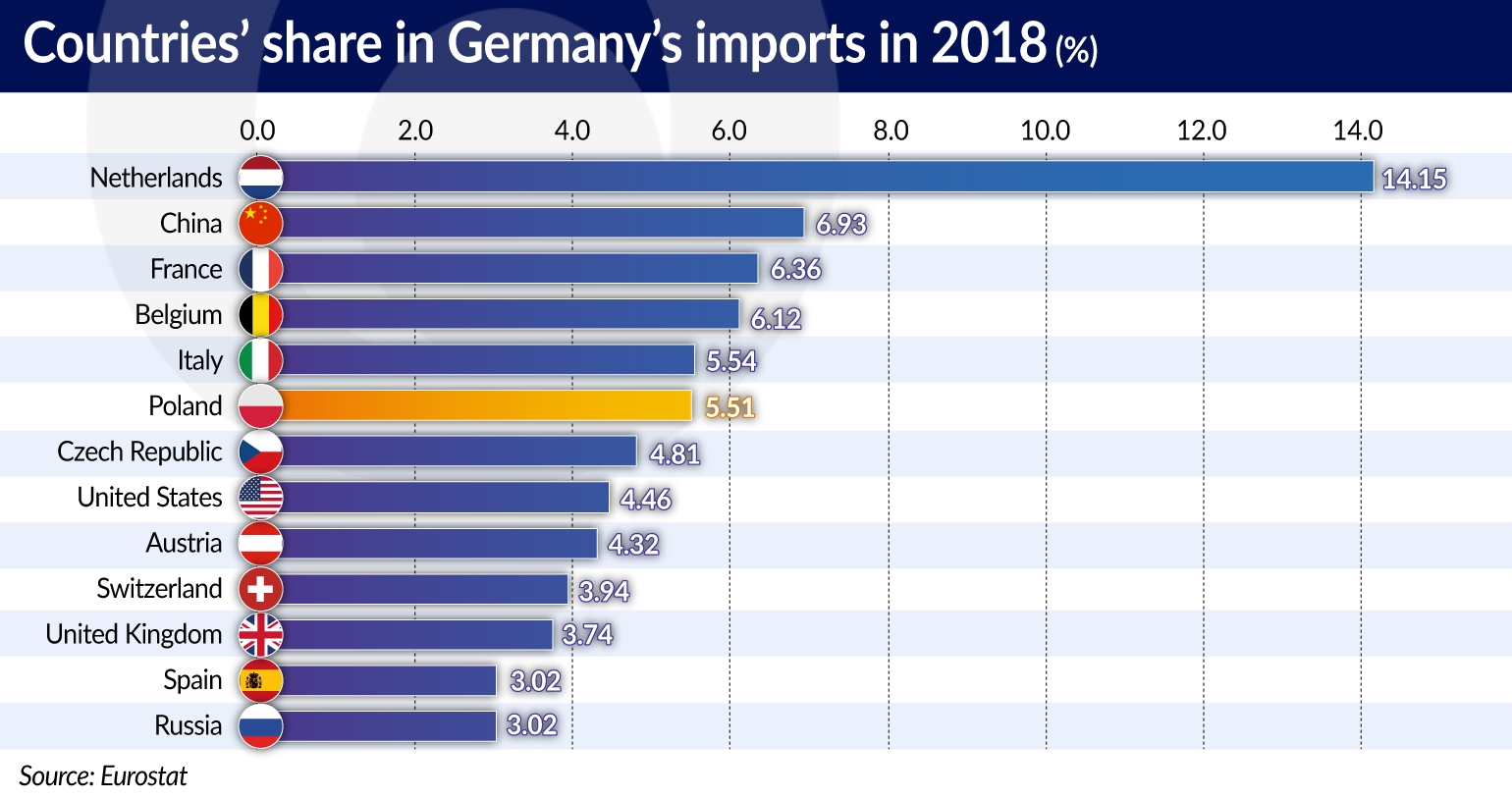 The structure of Polish exports to Germany indicates that last year’s growth was mainly due to increased sales of vehicles, as well as clothing products and footwear.

The value of vehicle exports increased by almost 18 per cent compared to the previous year, growing faster than in 2017. This was mainly due to an increase — by nearly a half — in the value of exports of light commercial vehicles (weighing less than 5 tons). In 2018, the Volkswagen plant in Września almost doubled the production of Crafter vans. Additionally, exports were also higher than in 2017 in the case of passenger cars (increase by 6 per cent) and tractors. This is a positive phenomenon, considering that Germany is the most important destination for the Polish exports of road vehicles. In 2018, this market accounted for 27 per cent of the value of exports from this product group (which means an increase by 5 percentage points compared to 2017).

However, in light of the economic circumstances in Europe, the growth of Polish exports of road vehicles to Germany was unique in 2018. Meanwhile, their sales to other markets fell by 9 per cent, driven by strong declines in car exports to Turkey, Italy and Hungary.

The second product group that contributed to the growth of Polish exports to Germany in the past year was clothing and footwear. In 2018, the value of clothing exports increased by 22 per cent compared to the previous year, while the value of footwear exports grew by 43 per cent. Also the growth rate of exports to Germany turned out to be much higher than the growth rate of exports to other countries (8 per cent and 13 per cent, respectively). In this way German share in Polish exports of clothing increased to 57 per cent (that is, by 3 percentage points y/y), and its share in the exports of footwear grew to 40 per cent (an increase by 5.4 percentage points). The German market is currently by far the most important destination for the Polish exports of both clothing and footwear.

The fast increase in the number of logistics centers and warehouses in Poland is conducive to the popularization of this type of transactions. The gradually growing share of clothing and footwear in Polish exports may indirectly point to the importance of quasi-transit. Currently, these products account for 4 per cent of the value of goods sold to foreign markets, and for nearly 7 per cent of the exports to Germany. One of the most important examples of quasi-transit in Poland’s foreign trade are the imports and subsequent exports of video game consoles (in 2018, the value of their imports amounted to EUR1.4bn, and the value of their exports reached EUR1.3bn). They have been one of the most important goods in Polish exports and imports since 2017.

The reduction in the growth rate of Polish exports in the previous year was influenced by the weaker imports in countries that are Poland’s most important trading partners. The value of imports in European Union countries (excluding Poland) rose by 5 per cent in 2018, compared with an 8 per cent increase the year before. The growth rate of imports in Germany was also lower than in the previous year and the scale of this slowdown was similar to that recorded in the other EU countries. In the case of the German economy, the import demand was negatively affected by the situation in the exports sector. In 2018, German exports grew only by 3 per cent (compared with a 5 per cent increase in other EU countries). The Q4’18 was particularly unfavorable for German exporters as the value of goods sold abroad increased by only 1 per cent y/y. This contributed primarily to a decline in the imports of components for means of transport.

Despite the relatively high growth rate of Polish exports, the problems of the German economy were reflected in a slowdown of exports in some product categories. The decline in the production and exports of cars in Germany contributed to a slowdown in the growth of Polish exports of automotive parts in 2018, and in the Q4’18 it caused a significant drop in sales in this category

The situation in the German automotive industry will probably continue to have a negative impact on the growth of Polish exports in 2019, as the Q1 was the third in a row when the production of cars in Germany dropped by more than 10 per cent compared to 2018. 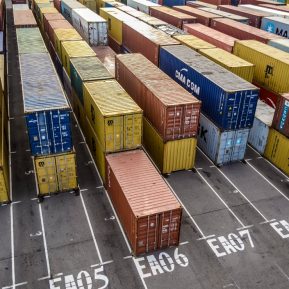