07.08.2017
The activities of the Hungarian government have a positive impact on the growth of foreign investment and, more broadly ‒ on the economy as a whole. 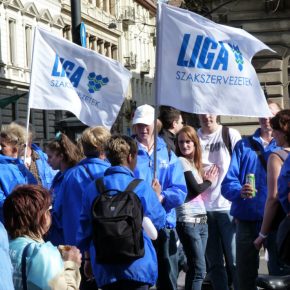 Viktor Orbán’s government strongly supports entrepreneurs, acting according to the slogan that capital has no nationality. Last year CE Financial Observer published an article that Hungary does not confuse trade with rhetoric since the “cornerstone of the Hungarian economy are trade relations, mostly with Germany, and subsidies from the European Union budget”. The preamble to the Constitution of Hungary even contains the provisions similar to Article 1 of the Italian Constitution, stating that work is the basis for the strength of the community and dignity of each man. Further on, this issue is also referred to in Article M: “The economy of Hungary shall be based upon work which creates value, and upon freedom”. Finally, work is to be one of the pillars of the budget for 2018, which will be particularly special because on the one hand it will be an election year, and on the other, in accordance with the plan, unemployment is supposed to fall below 3 per cent.

In order to encourage investment in Hungary, the government proposes a whole series of tax incentives that will affect labor cost reduction in Hungary, such as lowering of CIT to 9 per cent from the beginning of this year. Tax incentive is one aspect, while the other element of raising the investment competitiveness of Hungary involves the changes taking place in the labor law, as well as the Act on resolving collective labor disputes. Due to this act, some trade unions in Hungary have been at odds with Viktor Orban.

Dedicated to the automotive industry

The Ministry of National Development is currently working on introducing changes to the application of a flexible working week. In the basic working hours, a working week has 40 hours and a working day 8 hours. However, in extraordinary situations, in order to save jobs, the introduction of a 12-hour working week is allowed, as well as the extension of the working week to a maximum of 48 hours. Trade union confederations immediately protested against this proposal. There is no doubt that the new solutions mean a bow towards automotive corporations, mainly Audi (Győr) and Mercedes (Kescskemét). The leader of the Fidesz parliamentary group, Lajos Kosa, openly stated that car factories work in three-year cycles and the possibility to use a longer working day was extended exactly from 12 to 36 months. The proposal of changes in the labor law was submitted to the economic committee.

It may seem that the right to strike ‒ something as sacred and obvious for everybody, as collective labor disputes, referenda, and the creation of strike committees ‒ is not as obvious for Hungary. Viktor Orbán’s government passed an amendment to the so-called Act on strikes in December 2010. The changes mean that in companies linked with the government administration through contracts for the provision of public services, in principle, strikes will be allowed. And the amendment does not refer to those professional groups that simply do not have such a right, such as train drivers, policemen, medical staff and air traffic controllers. The problem lies elsewhere, mainly in the percentage of employees that must participate in the strike referendum to make it valid. It is as high as 70 per cent. Subsequently, the decision on the legality of strikes will be taken by the labor court which is totally subordinated to the state. In 2011, nine requests for approval to go on strike were submitted. In seven cases, they were rejected without stating the reason; two of them were processed, but it turned out impossible to issue the decision. When the Hungarian railway sector was already close to a general strike, the chairman of the biggest and oldest Trade Union of Railway workers (established in 1896) said that, in fact, the strike could have taken place, but only on the unused railway siding, since any action on the railway track would be illegal and its participants would face serious consequences.

The average unionization rate in Hungary is below 10 per cent. Sectors associated with the electrical industry (29 per cent), transport and postal services (22 per cent), education (19 per cent) and health care (18 per cent) are traditionally the strongest. Since 2009, a marked decline in the rate of unionization has been observed, reaching 21 per cent in the case of teachers, whereas among employees of the state administration and defense sectors amounted to 52 per cent. The latter case originates from the decree of the Minister of the Interior in the MSZP-SZDSZ (socialists and liberals) government, which abandoned the system in which the employer automatically deducted the contribution to the trade union from the remuneration. In the years 2011-2014, the percentage of unionization dropped by over a quarter.

MaSZSZ, i.e. the Hungarian Trade Union Confederation, is an organization created through a merger of three significant structures. Since May 1st, 2013, they have acted under a common banner. The purpose of this type of action was to intensify the measures for the improvement of the dialogue with the authorities and protection of the interests of employees.

Since 2014, the government has taken pride in introducing systemic promotion actions for employees of various sectors ‒ education, health care, etc. The wage hikes are up to several dozen per cent. However, the problem is that there is a great paradox. The reason is that the growth of wages is not accompanied by an increase in financing of the individual sectors ‒ education and health care. For example, the level of teachers’ remuneration expressed as a percentage of salary earned by people with similar competence working in other workplaces reached, on average, 56 per cent in 2009 and 50.4 per cent in 2013, while among teachers with a university degree, the decline amounted to as much as 10.7 percentage points – from 58.4 per cent to 47.7 per cent. Representatives of the government believe that any protests of trade unions are an expression of their political involvement. It is not the first time when public sector employees have threatened the government with a strike, as a group which has not received any wage increase for nine years, besides statutory increases associated with the rise of a minimum wage (read more). Trade unionists ask why the public sector should be the last to receive wage increases. In mid-July, the suspension of performing duties has been announced, unless the negotiations are effective.

It is a paradox that in the labor policy of the government one can find both left-wing measures, such as top-down wage increases, as well as those associated with “wild capitalism”, e.g. full adjustment of the law to the needs of investors. Trade unionists frequently ask whether the economic growth and all the increasing indicators are achieved at an excessive cost borne by the employees.

Dominik Héjj, PhD, is an analyst, editor-in-chief of www.kropka.hu, a portal dedicated to Hungarian politics. 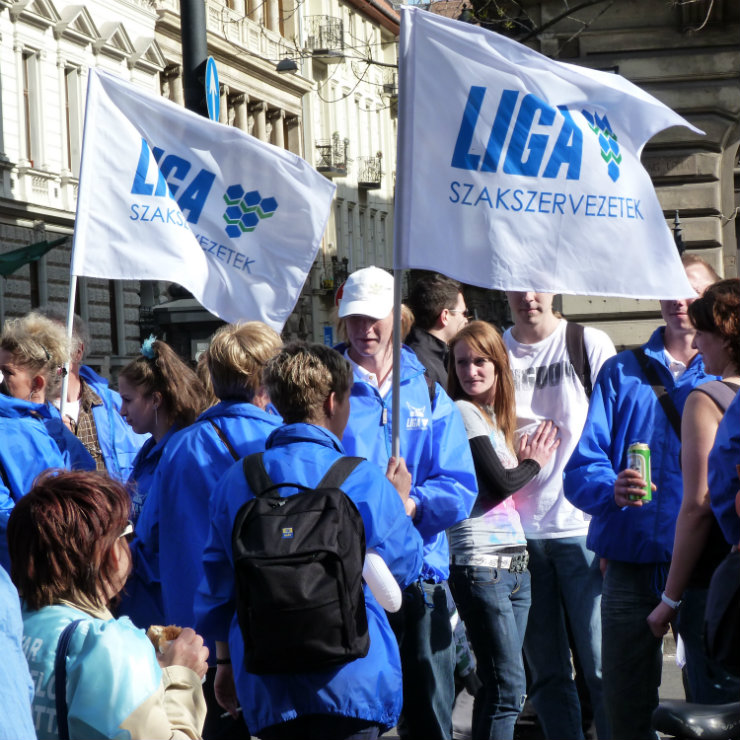