The new labor code or the „slave law”?

24.12.2018
The new Hungarian labor code regulations extend the working week to six days, that is 48 hours per week. The trade unions have been protesting against the changes since late November. 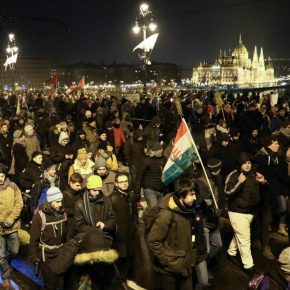 On December 2018, the Hungarian parliament adopted a new law on changing the rules of overtime work settlement. The new law increases the maximum limit for overtime work from 250 hours to 400 hours per year, and extends the time for settling accrued overtime to three years. The bill was supported by 130 MPs, while 52 voted against it, and one abstained.

Pursuant to the decision of the parliament, increases in the number of overtime hours will not require the signing of collective bargaining agreements with the participation of trade unions. The new law bypasses the latter altogether. An employee will have to agree to 250 hours of overtime, while the remaining 150 hours will be voluntary and will be agreed between the employee and his/her employer.

In reality, the new labor code regulations extend the working week to six days, that is 48 hours per week. However, according to Fidesz MP, Lajos Kósa, who submitted the bill to the parliament, Hungary’s five-day workweek will remain intact. Under the new provisions, it will be possible to settle working time in three-year cycles and to calculate the actual number of overtime hours worked after this period of time passes. This means that an employee may not be able to receive a settlement of the accrued overtime hours (in the form of days off work or remuneration) for up to three years.

Shortly after the vote, the Hungarian Prime Minister Viktor Orbán told reporters that the parliament had passed a good and important law. He added that he had been paying attention to everyone, and especially to the opinions of trade unions, respecting their right to free expression, and listening to all the arguments. He noted, however, that in this case the arguments raised by the opponents weighed less than the bill, which will be good for employees. Mr. Orbán believes that the law will allow workers to work more and earn more money.

Changes improving the flexibility of the work settlement system are supposed to be an element of a broader effort to make the Hungarian economy more competitive. In May 2018, in his first address to the parliament after being reappointed to his position, Hungary’s Prime Minister presented a „12-year development plan” which completion is to be marked by two objectives.

Firstly, Hungary is supposed to become one of the ten most competitive countries in the world, whereas today it is only ranked 60th out of 137 classified countries. In order to achieve this goal, Hungary would have to climb fifty positions in the ranking, and the country’s economy would have to become as competitive as — or even more competitive — than Switzerland, the United States, Singapore, the Netherlands, Germany, Hong Kong, Sweden, the United Kingdom, Japan, and Finland, respectively. The second indicator would be the ranking of European countries in which people would like to live — Hungary is also supposed to be among the leaders in this field.

The coalition of Fidesz and the Christian Democratic People’s Party (KNDP), which has been ruling the country since 2010, is gradually leading Hungary out of economic decline. These economic problems were caused, on the one hand, by the global economic crisis, and on the other hand, by the country’s failed fiscal policies. Introduced in 2010 the „special taxes” have been used for the repayment of liabilities to foreign entities, and for the reduction of the public debt. In 2011, Hungary’s foreign debt amounted 80.7 per cent of its GDP, and six years later it fell to 73.6 per cent of GDP. Hungarian Finance Minister Mihály Varga declares that in the years 2018-2022, the public debt will be reduced to 60 per cent of GDP.

According to the government, the greater flexibility of the working time settlement system will increase the competitiveness of the Hungarian economy (and in this way contribute to the achievement of a long-term objective for the year 2030). The changes are also supposed to prepare Hungary for a possible crisis in the financial markets.

Hungary was severely affected by the crisis in 2008 and the subsequent years. In 2010, the unemployment rate exceeded 11 per cent, and real wages were lower than in 1990 by 0.3 percentage points. In reality, the Hungarian economy has emerged from the crisis in 2015/2016.

Flexible work settlement systems are used, among other things, in order to prevent possible crises, such as the introduction of a three-day working week at the Jaguar and Land Rover plant in Castle Bromwich near Birmingham. Hungary is one of the Europe’s largest car assemblers. The biggest employers in the automotive industry include Mercedes, Audi, Opel, and Suzuki. BMW will build a factory near Debrecen for over EUR1bn. In 2017, the exports of vehicles accounted for 20 per cent of Hungary’s overall exports and for 5 per cent of the country’s GDP. Car production cycles last three years, so it seems that the coincidence of this period with the overtime settlement period provided in the new law is not accidental. In addition to the automotive industry, the authors of the bill also pointed out its relevance to the food industry.

The Hungarian economy is particularly vulnerable to economic fluctuations in the foreign markets, as the country’s GDP is very strongly dependent on foreign direct investments (FDI), most of which go to the car industry. In 2016, such FDI accounted for 66 per cent of the overall amount of FDI inflows into Hungary. In 2017, FDI accounted for 67 per cent of Hungary’s GDP. Germany is Hungary’s the biggest investor, but also its biggest economic partner, receiving 27 per cent of Hungarian exports.

The trade unions have been protesting against the changes in the labor code since late November (that is since the moment when the draft amendment was published). The government claims that one of the reasons for the new regulations is to remove the unnecessary bureaucracy in the form of collective bargaining agreements. Meanwhile, in a joint statement the representatives of the trade unions claimed that the law undermined workers’ rights and that its only purpose was to increase the number of overtime hours. They also argued that the law was a continuation of the government’s policy of limiting the role of trade unions.

The opposition alleges that the government has succumbed to the pressure of the international industry and wants to transform Hungary into a low-cost manufacturing base, especially given the fact that wages in Hungary are among the lowest in Europe. Lower average net earnings are recorded only in Romania and Bulgaria. According to the trade unions, it may turn out that the additional 150 hours of overtime are not „voluntary” at all, because employees will not dare to oppose their employers, who will use various forms of pressure, including the threat of the lowest possible wages.

Two days before the vote, the MPs of the Hungarian Socialist Party submitted nearly 3,000 amendments to the bill in order to block its passage. However, at an extraordinary meeting of the parliamentary justice committee it was decided that all the amendments would be bundled together and voted jointly, so it was known in advance that they would be rejected. The votes were held at a turbulent session of the parliament on the December 12th, 2018.

Protests against the changes in the law were held in the streets of Budapest and several other cities. In general, the public’s reaction to the new law has been negative. According to a survey by the Republikon Institute, 83 per cent of Hungarians oppose the adopted changes. The law is also opposed by 63 per cent of the voters supporting the Fidesz-KDNP coalition, while 23 per cent of them have no opinion on the matter. The changes are also opposed by 94 per cent of Jobbik’s voters and 95 per cent of left-wing and liberal voters.

The opposition and the trade unions asked Hungary’s President János Áder to refrain from signing the new law. The president signed the law on December 20th, and said that the proposed changes are in line with the Hungarian constitution. 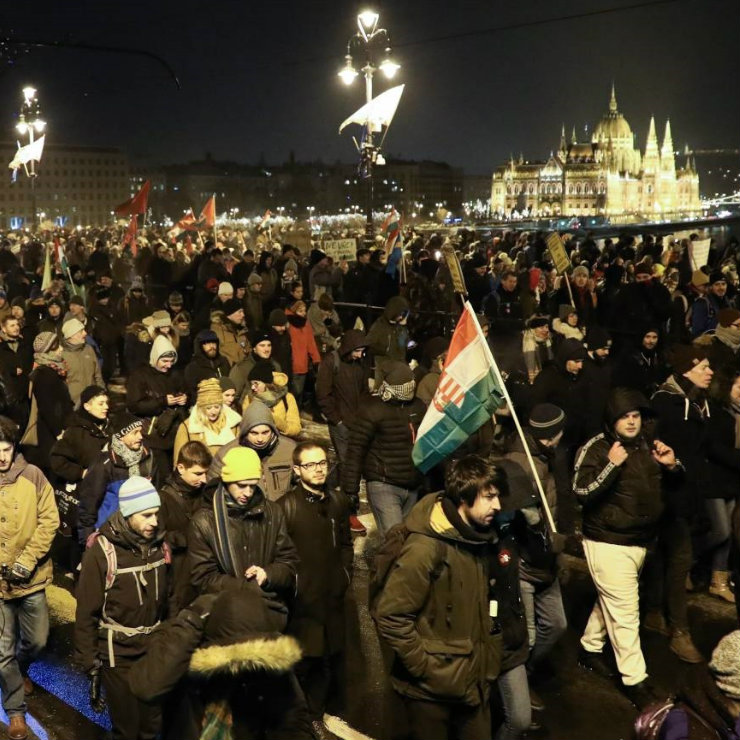 Category: Business 02.12.2018
Poles work 24.4 per cent less hours than Americans. In the United States the employees not only work more, but are also more likely to work on weekends and in evenings. 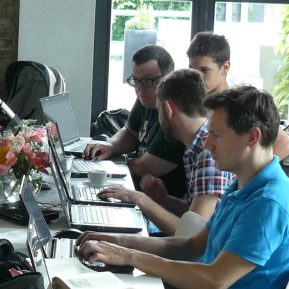 The strikes in Hungary that did not take place

Category: Macroeconomics 12.03.2019
The protests against the so-called “slave law” have died down, losing their unprecedented momentum and enthusiasm. The trade unions threatened the authorities with a general strike that would bring Hungary to a standstill, but nothing came of it. 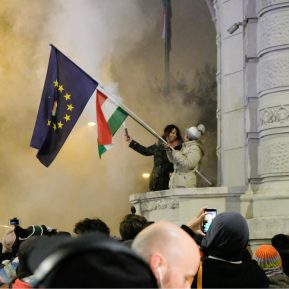