15.01.2020
Ukraine is preparing for a radical overhaul of the labor code. According to experts, the changes will cause a new wave of emigration, and Ukraine is already suffering from labor shortages and will not be able to cope without immigrants. 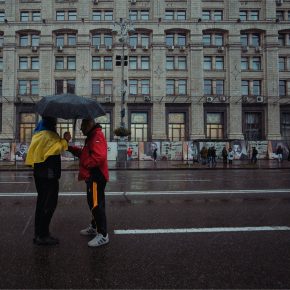 The labor code currently in force in Ukraine was originally introduced back in 1971. Politicians have been planning to replace it for a number of years, and according to official reports, new labor regulations will take effect in the 2020.

“You’ll see a new labor code, which will be very liberal, and perhaps even excessively liberal for the employers. We will try to provide very simple and inexpensive conditions for businesses to create and eliminate jobs, so that they are able to create more new jobs in Ukraine. We want millions of new jobs to be created within the next five years. This means, that we will discriminate the employees to some extent,” said Halyna Tretyakova, the chairwoman of the parliamentary Committee on Social Policy and Protection of Veterans’ Rights, while describing the essence of the changes.

The changes include, among others, the introduction of employment contracts for a specified time period, as well as a legal framework for freelance work. The latter is an employment on the basis of civil-law agreements (e.g. so-called contracts of mandate), which are seen as undermining the financial stability of workers and their families. The limitation of working time to 40 hours per week, which is currently in force, is to be abolished.

“You can simply lose your mind, because these short-term contracts can only last for a month or two. And you know that this contract is hanging over your head,” said Mykhailo Volynets, the Head of the Independent Trade Union of Miners of Ukraine, referring to freelance practices.

“This constitutes a threat to all workers across the country. The planned destruction of workers’ rights will not provide a positive boost to the economy, because slaves are not good workers. It seems as if someone is very keen to make sure that more Ukrainians go abroad and contribute to the economies of Poland, the Czech Republic or Hungary,” assessed Veniamin Tymoshenko, the Chairman of the Association of the Independent Trade Unions of Aviation Workers of Ukraine.

Additional legislation would negatively affect workers’ rights, as the proposed amendments would reduce the penalties for employers for failing to conclude contracts with employees and for illegal employment of workers. In practice, employers would be able to violate the labor rules with a complete impunity.

Additional incentive to leave the country

In September 2019, the Ukrainian parliament passed a law drastically limiting the number of people entitled to receive social welfare benefits. The Ukrainian economist Igor Garbaruk has noted an interesting and usually overlooked aspect associated with this decision. The new law introduced additional conditions that a person has to meet in order to be eligible to receive financial support from the state. As a result, the number of people who receive such assistance decreased by a half.

If the government and the parliament continue to introduce new rules and restrictions forcing people to prove to public officials that they live in poverty and are unable to live without social benefits, this will cause an even greater increase in the emigration. “They will conclude that the state has fooled them once again, that it has deprived them of any hope for social assistance, and that it is unable to fulfil all the obligations towards the citizens that it has taken upon itself. This means that people will continue to leave and they will not be going on their own, but they will also take their families and children out of the country. As a result, only the public sector employees and pensioners will remain in Ukraine,” says Mr. Garbaruk.

On top of that, it is becoming increasingly difficult for Ukrainian employees to receive the due remuneration for their work. The amount of debt in respect of unpaid wages is growing — according to data of the State Statistics Service of Ukraine, in October 2019, such liabilities already amounted to UAH3.14bn (EUR118m), and were 11.5 per cent higher than a month earlier.

Debt arising from unpaid wages increased the most — by as much as 70 per cent — in the health care system, which means that this sector is particularly vulnerable to the outflow of workers. The debt of economically active enterprises, which are not paying salaries and are financing their activities at the workers’ expense, accounts for almost two-thirds of these liabilities. Such debt increased by as much as 18.8 per cent compared with September 2019.

The changes in the labor code may turn out to be truly devastating for the Ukrainian economy. The business community has been complaining about the shortage of workers — 38 per cent of companies report that they are unable to expand due to the lack of employees.

Ukraine, which has become the main source of economic migrants in the Central and Southeast Europe, is now being increasingly forced to seriously analyze the possibility of attracting migrant workers from other countries. The only problem is that finding such workers might prove unrealistic in light of the current weakening of workers’ rights and the much lower level of wages compared with neighboring countries.

A new wave of economic emigration

Vasily Voskoboynik from the Ukrainian Association of International Employment Agencies estimates that in 2020 Ukraine will experience a new wave of economic emigration. “This is associated with the opening of the labor market by Germany. But we should not expect that Ukrainians will find their place on that market. In the case of economic migration it should be understood that there are countries where Ukrainians are getting employed without any problems — these include the Czech Republic, the Baltic states, Poland, Hungary, and Slovakia — and there are other countries where Ukrainians are not really needed, such as the Scandinavian countries, Denmark, Sweden, Germany,” stated Mr. Voskoboynik.

In Poland, employers are still trying to assess the possibility of attracting new workers from Ukraine. Mr. Voskoboynik notes that the main problem faced by potential foreign employers is not that there are no more employees left in Ukraine who would be willing to work abroad, but that the market of labor intermediation is dominated by dishonest companies. These entities collect fees from jobseekers for job offers that have little to do with the actual work conditions, and sometimes even for entirely fictitious job offers.

“Unfortunately, due to the fact that we don’t even know how many citizens actually live in Ukraine, we cannot claim to have any reliable data on how many people have moved abroad for work,” commented Mr. Voskoboynik.

Who will replace the Ukrainians in Ukraine?

Oleksiy Pozniak from the Institute for Demography and Social Studies of the National Academy of Sciences of Ukraine believes that the majority of Ukrainians who moved abroad for work will most likely never return home. Some of them will not come back and will choose life abroad instead. Others could come back if the country was on a path of rapid economic expansion accompanied by well-thought-out public policies geared towards bringing economic emigrants back home and reintegrating them into the domestic economic life.

Mr. Pozniak also points out that even if all the emigrants returned, Ukraine would still face the challenge of labor shortages similar to those faced by Poland. Millions of additional workers are needed to ensure the development of the Ukrainian economy.

Prior to 2014, it was estimated that Ukraine would already face this problem in 2025. The annexation of Crimea by Russia and the resulting collapse of the Ukrainian economy have delayed the emergence of these issues to some extent.

Ukraine is looking for opportunities to improve its situation by opening up to emigrants from other regions — the poorer countries of Asia and Africa, and the former Soviet republics, such as Kyrgyzstan and Tajikistan. Mr. Pozniak believes that migration from China is also possible. He notes that the standard of living in Ukraine is currently higher than in the overcrowded, rural regions of China.

At the same time, Ukrainian researchers point out the risks associated with the influx of a large numbers of immigrants from vastly different cultural environments. “We have to make sure that in the case of increased migratory inflows, the immigrants from other countries are able to establish contacts with their compatriots who have already been integrated, which will speed up their own integration process. Otherwise, the integration of large groups of migrants will be impossible and will lead to the emergence of ethnic enclaves that will live outside of Ukraine’s mainstream legal framework,” warns Oleksiy Pozniak.

Poland is presented as a positive model for solving problems with the integration of immigrants, and the Polish solutions are being assessed favorably in comparison with the principles of multiculturalism adopted by Western countries. 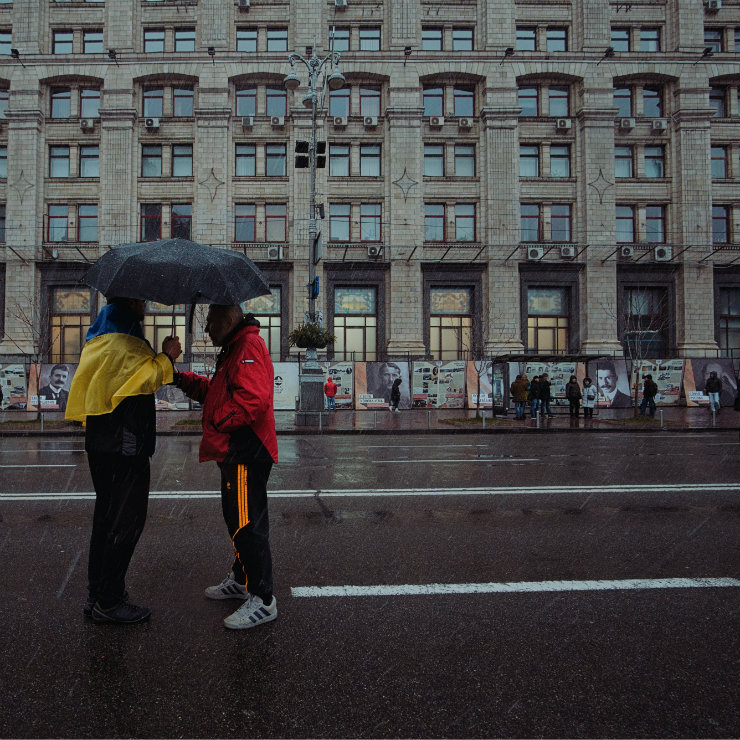