The Polish economy is influenced by the slowdown in Europe

In May 2018, the level of the Leading Economic Indicator, informing of the future trends in the economy, has not changed significantly compared to April. It has increased by 0.3 points, and is 3.4 points below its recent local peak recorded in January.

Most European economies, and especially Germany, are experiencing a slowdown. This has a significant impact on Polish enterprises, which are closely linked to the German economy. Four out of the eight components of the indicator deteriorated in May, while one remained unchanged on the previous month, and three improved.

Entrepreneurs’ opinions concerning the general economic situation continue to slip. This pattern has now been observed for few months in a row. Admittedly, at the beginning of the year there was an unusual spike in business confidence , so the recent declines could be treated as a natural correction. However, the deterioration in the general assessments of the economic conditions is accompanied by slower inflow of new export orders, a deterioration of the financial situation and a decline in labor productivity in the manufacturing enterprises.

There was a significant decrease in orders from foreign companies

The total portfolio of orders received by enterprises saw a slight improvement. Yet, this was mainly due to the inflow of orders from domestic customers while orders from foreign customers having dropped significantly. The decline in domestic orders only concerned small enterprises, those employing from 10 to 49 employees, the fall in foreign orders occurred across all size groups. In terms of individual industries, the largest decreases in export orders were recorded by manufacturers of leather and electronic products, clothing manufacturers and furniture companies. The stock of new orders has been shrinking for three months, and December of last year was the last month when orders grew.

In the last months, there has been a slight decrease in the stocks of finished products in the warehouses of manufacturing companies. Entrepreneurs, and especially exporters, are gradually reducing their inventories in sync with the declining demand.

Category: Macroeconomics 12.08.2019
FDI were perceived as exploiters and poisoners, but investors have developed their policies in the social responsibility of business to fight this perception, and they partly succeeded, said prof. Beata Javorcik. 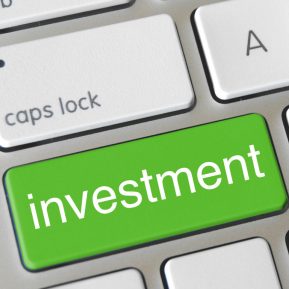