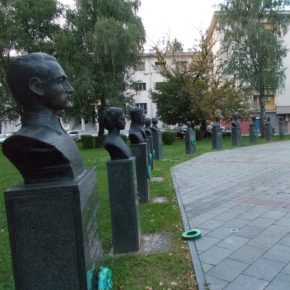 Its largest town and administrative city is Banja Luka. The creation of the modern entity dates to 1991 when six Serb Autonomous Regions united during the war and it achieved international recognition following the Dayton Accords and the end of the Bosnian War in 1995. Although the macroeconomics and monetary politics in BiH is common to both entities, they also enjoy large extend of economic independence. However, it seems that Republic of Srpska is dependent, mostly to the aid coming from Republic of Serbia.

In the last twenty years, and especially in the last decade, the citizens of Republic of Srpska have listened to the numerous promises of millions of the EUR of investments in the economy and seen dozens of red carpets and ribbons cut, which ended in a complete fiasco. In addition to the promises, in many cases the legal or financial damages incurred must be paid by the citizens of the entity itself. The economic challenges in Republic of Srpska are not typical only to this entity, but are shared with the Federation of Bosnia and Herzegovina too.

One of the most corrupted countries

Corruption may be a „worn out” topic because we often hear about this from the media, but data for BiH show that this country is one of the most corrupt countries in the world. There may be a little more talk about this problem in Republic of Srpska, due to the continuity of one set of challenged companies at the BiH’s level and greater centralization within Republic of Srpska itself, but the fact is that no one was responsible for any major affair. Corruption has become a model of behaviour, and „eats” most of the public money.

One of the most notable examples of the grandiose promises, and the most striking example of the experienced fiasco and fraud, were „electric cars”. The RS government established public company Nikola Tesla in 2012 and appointed Dragan Vučetić as director. His appointment drew criticism from the opposition, suggesting that it was a man who had taken down several private companies, such as Agromehanika, a sawmill in Nevesinje and others, which were left behind with serious debts. But the government insisted that he is the „right manager” for the newly formed state-owned company. It was announced that Nikola Tesla would be engaged in the production of electric cars for the German market. The RS government guaranteed loans of KM12m, and the Investment and Development Bank of RS granted them an additional KM5m. The first electromobile, then intended for German post offices, was presented, and ministers said that RS was becoming the centre of investment in the Balkans. About two years later, it was clear that nothing was coming of it, and Mr. Vučetić, who had spent millions of budget funds, had disappeared. Shortly before his escape, he promised not only the development of RS as an „auto-industrial force”, but also the rebirth of the textile industry, where 2,000 jobs were supposed to be created. An economic „miracle worker” with the stolen money soon fled abroad, renounced his Bosnian citizenship, and settled in Germany. RS Investigative Authorities suspected Mr. Vučetić of abusing his official position and committing business fraud, as a director of the public company Nikola Tesla, causing the company KM1.1m in damages.

Bad business environment and image in the world is a characteristic of the whole of BiH, and there are several reasons, both economic and political in nature — from the political instability to complicated, administrative procedures that hinder or impede economic activity. Low inflow of FDI and keeping of domestic capital in local banks are the best indicators of a bad business environment and lack of desire of potential investors to start more serious business in BiH and Republic of Srpska.

The fall of state-owned companies

Public companies manage the vast riches of the RS and instead of being the „bearer” of economic growth and development, they are the losers and cause a decline in national wealth. The government did not find a model to create profitable entities from these companies, often rewarding bad managers and punishing good ones. In addition, the government, through its inadequate management, has created sources of nepotism and corruption from public companies.

How to make state-owned companies profitable? One way is to define the expected positive results and profits for each of them in every fiscal year. Those governance structures that are unable to implement such a plan should be changed. There must be political will to do so, because it is a public secret that public companies serve to the maximum extent to draw money into private pockets and finance election campaigns.

This is particularly relevant for the most important public companies. The RS government has been trying for years to sell parts of the RS oil industry, which includes the Brod Oil Refinery, the Modriča Oil Refinery and the Banja Luka-based fuel distribution company Petrol. But it has never released the details of the sale agreement. The three companies were sold for a total of about KM240m. Officially, the buyer was the Russian firm NefgazInKor, behind which is the Russian oil giant Zarubezhneft. No one has official data at the moment about the losses occurred by the selling these three oil companies The Brod refinery has not been operating since January last year due to a „capital overhaul”, and the continuation of production is planned in early 2020. In addition to oil, the Russians also expressed interest in investing in other energy projects. In the summer of 2014, an agreement was signed with Comsar Energy, owned by Russian oligarch Rashid Serdarov, for the construction of the Ugljevik 3 thermal power plant, including the opening of coal mines, more specifically surface mines for the needs of this facility, as well as the construction of the Mrsovo Hydroelectric Power Plant in Rudo Municipality. The value of construction of TPP Ugljevik 3 and three surface mines should have amounted to KM1bn. The then Prime Minister of RS laid the foundation stone for the construction of the Mrsovo Hydroelectric Power Plant, and the promise of millions of investments has swirled in their heads. Nothing happened. There are many similar examples in infrastructure and bigger industries.

The illogicality of RS’s economic policy is that, in the context of high unemployment, among the highest in Europe, a large tax burden persists. Unfortunately, over the last 12 years, governments have made the tax burden only higher, so today it is around 62 per cent of net pay (or 37-39 per cent of gross pay), while there were periods when this tax burden was about 50 per cent of net salary or 32 per cent of gross salary. It is clear that government does not have the courage to take a significant step forward and reduce its taxation to a greater extent, and such high workloads and other tax and non-tax burdens remain the largest source of the shadow economy. This would open space for more registered workers, for new employment, which would also mean a larger taxable base.

The tax administration operates on a selective principle, which means that some institutions tolerate non-payment of liabilities to the state. These are mainly large public enterprises and public health institutions, which end up with millions of debts for unpaid taxes and contributions. This practice continues year after year. The sole responsibility is not on the tax administration as the ultimate executive body, but on the entire government, which has introduced the practice of paying net wages without taxes and contributions, thus creating one round of general illiquidity whose generator is the public sector.

Uncontrolled borrowing is actually aimed at raising money in order to preserve social peace, that is, to provide funds for preservation in power. With almost twofold growth in total debt from KM3bn in 2008 to KM5.8bn at the end of 2017, GDP growth has been miserable. It is necessary to incorporate a law limiting annually repayment rates from the budget of the Republic to 30 per cent of the regular budget revenues generated in the previous year, and by 2025 return this limitation of the annual loan instalments to the amount of 18 per cent of regular budget revenues.

Debt rescheduling or restructuring with all creditors should be carried out in such a way as to require longer repayment periods and lower interest rates, especially for the portion of debt owed to domestic banks (based on bonds and loans). However, over the past few years, the RS financial market has been shaken by the collapse of three banks — Bobar, Balkan Investment and Banka Srpske. The Bank of Srpska was another major undertaking by the government. In response to the alleged bailout of Balkan Investment Bank and its Lithuanian investors, the RS government has invested KM30m in the bank’s capital. According to Milorad Dodik’s promises, the Bank of Srpska should have been the backbone of RS development. The bank ended up in liquidation.

These are just some of the general reasons why Republic of Srpska’s economy is growing at the modest rates as measured by GDP growth of around 2.5-3 per cent. In such circumstances, given that Bosnian exports are based on Germany and other developed EU countries, the growth rate of 5-7 per cent should be taken for granted. Unfortunately, it’s not. Therefore, this modest GDP growth that exists in both entities can be regarded as relative stagnation. 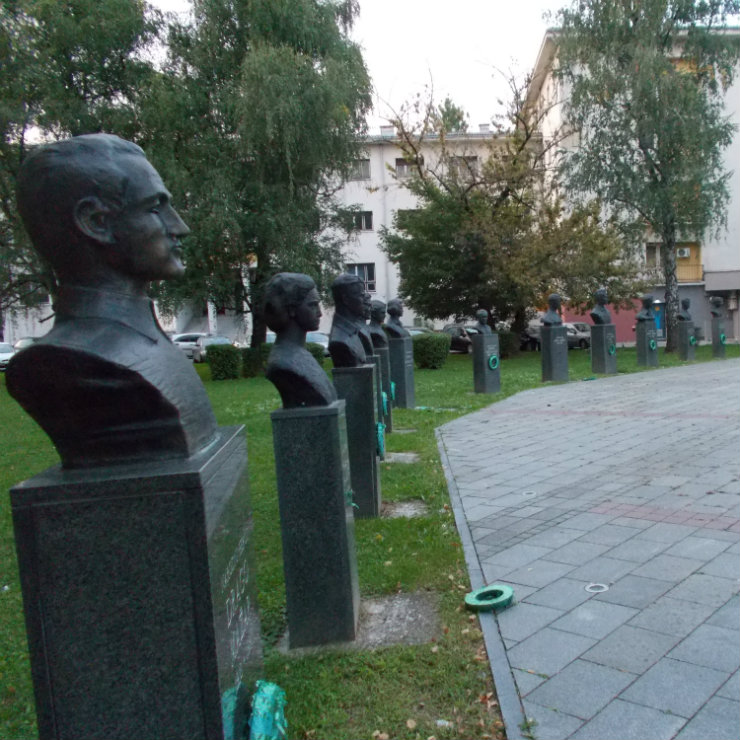