The SPD’s economic and political program: How much change can we expect?

29.08.2017
German parliamentary elections will be the last of this year the most important political events in Europe. Three main themes in SPD’s program might have consequences for the Central and Southeast Europe. 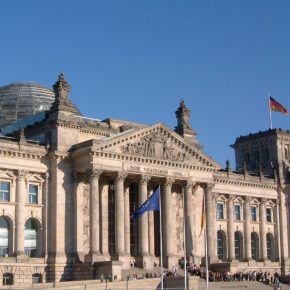 The federal parliamentary elections will take place in Germany on September 24th. The current polls show rather slim chances of the Social Democratic Party (SPD) to become the strongest contender. The chances range between 36 per cent and 44 per cent for the conservative Christian Democrats (CDU) and between 22 percent and 25 per cent for the SPD. And there are the lost regional elections in three regions of Saarland, Schleswig-Holstein and Northern Rhine Westphalia in 2017. In particular, the latter is viewed as a sign in which direction the wind might blow during the upcoming September elections. In sum, not exactly something the Social Democrats would rave about.

But things can still change. The SPD might grow stronger and the right-wing populist Alternative for Germany (AfD) could steal some more votes from the CDU than the polls currently show. In 2005, the polls showed around 21 per cent support for the SPD but during the election the party could almost close the gap to the CDU and eventually lost by only a single point. When Martin Schulz, the former president of the European Parliament, was named the SPD leader and chancellor candidate in January 2017, Angela Merkel looked politically vulnerable, mainly due to her ‘open-door’ policy in the EU refugee and migrant crisis in 2015, resulting in one million migrants entering the German territory, to the frustration of a bulk of voters. Martin Schulz brought the SPD to the new levels of support, where the party reached 30 per cent in March 2017, only a four-point difference to the CDU. His passionate appeals, the image of a next-door citizen made Angela Merkel look like a clueless and boring politician without firm beliefs. Soon, the ‘Schulz effect” began fizzling out and Angela Merkel was increasingly successful at portraying herself as more law and order-orientated politician in an endeavor to neutralize the competition from the AfD. Since then, Martin Schulz has been trying to regain the political ground by forcing the incumbent chancellor into the ring, while Ms. Merkel has been able to dodge most of his attacks so far.

What can we expect from the economic and political program from the SPD, should Martin Schulz become the next chancellor? Schulz focused much of his campaign on social justice in Germany, while accusing Merkel of failing to present a clear plan for the future. For instance, he promised to reduce taxes for low-and middle earners and to increase the taxation rate for higher incomes from 42 to 45 per cent and more. Furthermore, Schulz argued that next to the mandatory debt ceiling, Germany should also have an obligatory minimum rate of public investment to renew infrastructure and boost research and development. At the same time, he pledged to keep pensions stable, extend free education, build an education alliance between the federal government and the regional governments and defend German industry from unfair international competition (meaning above all China). One of the more original points was however his idea of the “equal chances account”, a state-funded scheme for every adult with residency in Germany (not just German citizens), which would be used to finance continuing education, starting up a firm or breaks in professional activity due to family obligations. This individual fund should start with EUR5,000 and eventually reach EUR20,000. While the bulk of Schulz’s proposals is neither revolutionary nor radical, his plans brought him much criticism from both the right and the left. The right argued that his taxation plan will stifle economy for overburdening enterprises. The pundits of conservatively leaning economic think tanks, such as the Munich based ifo-Institute, called the plan redundant. The left, on the other hand, was disappointed that Schulz refused to commit to a wealth tax without which it would be unrealistic to carry out the investments into education. Nonetheless, the plan targets real problems of the German society, including dramatically under-funded daycare centers, schools, universities (lowly ranked in international comparison, in particular in relation to Germany’s GDP) or telecommunication networks (often backward and by standards of early 2000s rather than 2010s). After Schulz announced his investment plans, Merkel was quick to reject the SPD’s initiative. She argued that the main problem is not the question of the available funds but rather the bureaucratic bottleneck that Germany suffers from.

Central and Southeast Europe into the mix?

There are three main themes in Schulz’s program that might have consequences for the region: protection of the German industry, a separate budget for the Eurozone, and the rewinding of the so-called Franco-German motor. The protection of the German industry is ongoing theme with SPD politicians. On the one hand, the goal is to avoid takeovers of German firms and thus the German technologies by foreign firms, mainly Chinese and Arab ones, and to support German industry from unfair competition. In this regard, Schulz wants to build an alliance between the German producers, suppliers and the government to promote the production of, for instance, German electronic car engines. Also, he plans to change the EU regulations to allow for more government subsidies, as he said: “The Chinese subsidize, the Qataris subsidize, and also the Saudis pour their money”.

What is more, Schulz, as many other Social Democrats before him, wants to introduce a minimal corporate tax in the entire European Union, which would discourage the German firms from leaving their country, as they have to pay 32.9 per cent corporate tax in Germany, as opposed to, for instance, 19 per cent in Slovenia, 16 per cent in Romania or 9 per cent in Hungary. This is a rather unrealistic prospect, as many of the low tax countries are poorer CSE states that rely on the foreign capital for their economic development. However, a minimal corporate tax might be more possible in the reformed Eurozone, which brings us to the second point, the Eurozone budget. Schulz is in favor of pushing through with further integration of the Eurozone, he supports the idea of a common Eurozone budget and a Eurozone finance minister. For the Eurozone, Schulz would like to boost investment (with German money), which would have two-pronged effect. Firstly, this would silence the criticism that Germany runs huge budget and trade surplus while Berlin forces other EU countries into austerity. Secondly, this would end the ill-conceived policy of the current German finance minister Wolfgang Schäuble who is, according to Schulz, responsible for rising poverty in Greece and became the epitome of EU divided between the wealthier north and poorer southern countries hit by the sovereign debt crisis. Interestingly, CSE plays only a marginal role in this equation, being neither part of the rich North nor the poor South. And finally, Martin Schulz intends to revive the partnership between Paris and Berlin to further integrate Europe. He argued that “much faith in Europe has been lost in recent years” and that Emmanuel Macron had done more to support the EU in two months since he is the French president than Angela Merkel had in the last 12 years. At the same time, the SPD seems to be afraid that Merkel would become more associated with Macron than Schulz through her sheer presence in the international arena next to the French president, even though Merkel and Macron differ on how to proceed with the EU reforms. In addition, Schulz wants to base the next EU budget on solidarity, otherwise he threatens to veto the budget as the next German chancellor. Within the wider EU he supports fiscal transfers but only if the receiving countries accept their fair share of other burdens, for instance through refugee relocation. Otherwise, financial penalties should be enforced. This is a signal to the countries of the Visegrad Group (Czech Republic, Hungary, Poland and Slovakia) that their defiance regarding the EU refugee relocation scheme will have financial consequences.

The lost elections in in Saarland, Schleswig-Holstein and Northern Rhine Westphalia in 2017 weigh heavy on the SPD chances to win elections in September. Some internal party critics argue that this is due to some rookie mistakes Schulz and his advisers made. Schulz was almost invisible all three election campaigns leaving ground to the local worn-out politicians, while these campaigns could have profited from the “Schulz effect”, as long as it lasted. Moreover, the SPD decided to “wheel out” the ex-chancellor Gerhard Schröder for the SPD congress on June 25th, 2017 in Dortmund. The aim was to boost morale of the party after the Schulz hype started to wane. However, Schröder is unpopular with the SPD base, as he has been made responsible for the unpopular Agenda 2010 with many left-leaning voters, as the reform package of the Schröder government cut down welfare and unemployment benefits. Schulz is promising to undo some of the Agenda 2010 reforms while hugging Gerhard Schröder during the party congress. This might work to galvanize the party but it is at the same time a very contradictory signal to the voters on the left. In order to increase its chances at the voting booth in September, the SPD might need to mobilize its traditional supporters rather than combat the CDU in the political center. Angela Merkel has been masterful in adopting issues of other parties into her program, such as the minimal income (from the SPD) or exit from nuclear power (from the Greens). The main chance for the SPD would lie in convincing the voters who have either not voted or shifted allegiance in the past few years.

Ireneusz Pawel Karolewski is an Associate Professor of Political Science, Willy Brandt Centre for German and European Studies, University of Wroclaw in Poland. He was Kosciuszko foundation fellow at Center for European Studies, Harvard University in 2014 and visiting professor at the John F. Kennedy School of Government, Harvard University in 2015. His research interests are social and political theory, European Union governance and EU foreign policy. 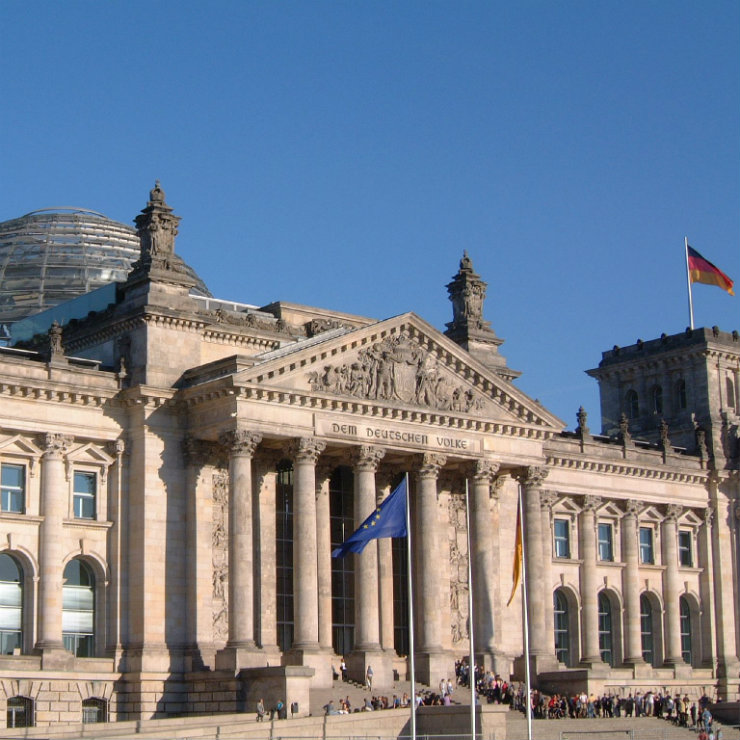