The Ukrainian business has moved to tax havens

28.07.2016
The concept and the institution of offshore companies have grown into the language of the Ukrainian economic debate so deeply that it is hard to imagine it today without this element. 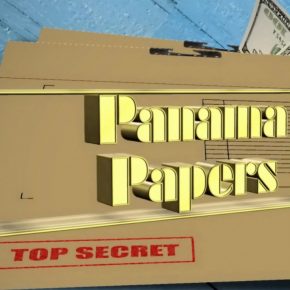 And that was true long before Panama Papers. At the end of May, President Poroshenko’s further links to tax havens came to light. The gigantic scandal which began in early April with the disclosure of companies belonging to politicians from all over the world and registered in tax havens, provided a new impetus to the debate on the impact of tax havens on the Ukrainian economy, which has been underway in Kiev for a long time.

Market romantics on the Cayman Islands

„In the 1990s, during the period of market romanticism, one idea especially popular in Ukraine, Russia and other post-Soviet countries was the creation of special economic zones, which were seen as one of the modern and forward-looking forms of integration with the international economy.

In an analogy to a spacecraft experts suggested using Special Economic Zones as a connecting module with highly developed Western countries in order to acquire modern technologies. But instead all this led to the creation of semi-criminal zones and the offshore business achieved its greatest growth”, this is how Vladimir Dergachev described the history of Ukrainian offshore companies in the text entitled “The influence of offshore business on the economy of Ukraine”.

According to his calculations, during the first 20 years of Ukraine’s independence USD167bn were siphoned off from the Dnieper to tax havens, i.e. USD8.35bn per year on average. In recent years, the process not only hasn’t been halted but has even accelerated. Only in 2010-2011 Ukrainian banks transferred USD53bn to tax havens.

The offshoring business and the associated corruption have affected the economies of most post-Soviet countries to such an extent that we could talk about „offshore governments” and „offshore business elites” concludes Dergachev, noting that the offshoring business in Ukraine and other countries of the region and the scale of the siphoning-off of companies’ strategic assets abroad have become one of the key security threats in these countries.

„Offshore companies are used as the main instrument of ‘fraternization’ of public capital, big private capital, foreign capital, high-ranked corrupt officials and politicians. The use of tax havens in conditions of mass corruption has caused great damage to the post-Soviet countries and at the same time has enriched elites associated with the criminal offshoring business.

Regardless of the political affiliation of the ruling parties, the Ukrainian executive power is traditionally represented by an ’offshore government’ which protects the interests of large financial-industrial groups. This is conducive to further siphoning-off of assets and capital abroad”, he argues.

According to Dergachev, „Ukrainian and Russian oligarchs and corrupt officials” are holding 40 per cent of their assets in companies registered in tax havens, while the share of such capital in the United States and Japan does not exceed 2 per cent, and reaches 10 per cent in the EU. Unlike the West, in Russia and Ukraine offshore companies are mainly parent companies and not their subsidiaries, which means that the siphoning-off of assets absolutely dominates over tax optimization, asserts Dergachev.

For the Ukrainian financial and industrial groups the key location in the „offshoring” business is Cyprus. After the entry of Cyprus to the European Union, some of the Ukrainian and Russian capital invested there was moved to other tax havens, mainly to the British Virgin Islands and Vanuatu.

The offshore jurisdiction was used to a particularly great extent in matters related to access to mineral deposits. The Ukrainian metallurgy has been almost entirely moved to tax havens. Ukraine’s international trade with Russia and Belarus, including the market of natural gas and petroleum products, is controlled by offshore companies. A lion’s share of Ukrainian grain trade also passes through offshore companies.

The oligarchs’ use of companies registered in tax havens gives them an advantage over small and medium-sized businesses, which are unable to compete in the market. As a result the creation of new jobs is limited, unemployment and social tensions are rising. Dergachev presents a typical „tax optimization procedure”. A Ukrainian company sells goods at a significantly undervalued price to a shell company with an offshore jurisdiction, and that offshore company in turn sells the goods to the target recipients at significantly higher, sometimes even several times higher, world prices.

Companies registered in tax havens do not only serve as a channel for the siphoning-off of capital from Ukraine but are also used to put money derived from unknown sources into the Ukrainian economy.

At the end of April, the Ukrainian media cited the findings of the Austrian weekly Falter and informed of financial flows reaching millions of dollars, going from the company Linquist Services Limited registered in the British Virgin Islands, through the Austrian Raiffeisen bank to the companies of Petro Poroshenko in Ukraine. Traces of these transactions were found in the documents disclosed as part of the Panama Papers scandal.

On behalf of Linquist Services Limited, the Austrian Raiffeisen provided millions of dollars of loans to the companies Roshen and Ukrprominvest belonging to the oligarch. As a result of one such transaction from December 2010, Raiffeisen International Bank transferred at least USD115m to the account of the Roshen corporation in the form of a loan. It was secured by assets on the Linquist Services Limited account.

The „Panama Papers” contained evidence of the use of tax havens by Ukrainian politicians and oligarchs. Based on the findings made so far, a total of 469 companies and 643 individuals were linked with Ukraine. About one-third of that number are inactive companies or companies undergoing liquidation. The remaining ones are still used for financial operations in spite of the war.

Anna Babinets and Vlad Lavrov, two journalists cooperating with the Organized Crime and Corruption Reporting Project (OCCRP), dealing with the issue of corruption in post-Soviet countries, examined the seized documents and revealed that they contained data concerning President Petro Poroshenko.

In August 2014 Poroshenko established a company in the British Virgin Islands through the Panama company Mossack Fonseca, and he intended to move his businesses there. The oligarch founded the new company already serving as the president. This would mean an open violation of the ban on the conduct of business activity by a serving president enshrined in Ukraine’s constitution. In addition, Poroshenko falsified his declaration of assets by not disclosing the fact of having a company registered in a tax haven.

As the media revealed, Poroshenko also concealed the fact of owning the company CEE Confectionary registered in Cyprus and Roshen Europe BV in the Netherlands. At the end of May further connections of the President-oligarch with tax havens came to light.

The Ukrainian edition of Deutsche Welle published the results of a journalist investigation, which revealed that Poroshenko owns a starch factory in the East German town of Elsteraue, through an offshore company which he controls. In 2011 the factory was bought by the German company Interstarch GmbH founded by Camarin Limited registered in Cyprus, which in turn belonged to the British company Morewig Limited. After some time the company from Cyprus was subordinated to the company Euro Business Investments registered in the British Virgin Islands. This transaction was consulted by the ICU company, which handles Poroshenko’s businesses, and which at that time was headed by the current head of the Ukrainian central bank Natalia Gontareva.

“The complex ownership structure provides anonymity and minimizes taxes”, commented the journalists. It has been established that the Cyprus-based company is owned by the oligarch’s business partner Sergei Zaitsev, who signed agreements on asset management and purchase options with companies belonging to Poroshenko.

Continuing the investigation of the Panama Papers, Ukrainian journalists from the team analyzing the documents discovered that on 25 March of this year the company Prime Assets Capital, belonging to Poroshenko and registered in Kiev, spent nearly EUR4m on the purchase of shares of another company belonging to the oligarch – Confectionary Investments Limited, registered in Cyprus, which issued 18 thousand new shares for the sake of that transaction. Given the fact that at that point Poroshenko was also the beneficial owner of the Cypriot company, the entire operation looks like siphoning money out of Ukraine.

The oligarch has also broken the ban on the transfer of foreign currencies without a special license which was issued by the Ukrainian central bank in March.

The head of the Ukrainian central bank Natalia Gontareva also did business with people from Vladimir Putin’s circle through a company registered in a tax haven. The Panama Papers contain information on the business relationships of Gontareva’s company Investment Capital Ukraine (ICU), which was handling, among others, the investments of Petro Poroshenko, with Galina Ulyutina, the wife of the Deputy President of the Russian state-owned bank VTB Yuri Solovyov.

Until autumn of 2014 Ulyutina held 22.74 per cent of ICU shares, a company founded and directed by Gontareva until her appointment as the head of the NBU. In turn, in December 2013 the offshore company Quillas Equities belonging to Solovyov provided a USD10m loan to an offshore company Keranto Holdings registered under the same address as the headquarters of Gontareva’s ICU.

Meanwhile, in April the former head of the Security Service of Ukraine Valentyn Nalyvaichenko revealed documents indicating that Gontareva’s associates, an ICU managing partner Makar Paseniuk and a member of the audit committee Artem Saprykin paid for the services of American lobbyists from the account of a company registered in a tax haven.

The new Minister of Finance of Ukraine Olexander Danyluk also had connections with companies registered in tax havens.

„According to an extract from the official register of companies in Cyprus, Danyluk is still the director of Cypriot companies Rurik Real Estate Investment Ltd and Hogsmill Investment Ltd, which in turn were founded by Rurik Real Estate Investment Limited, an offshore company from the Cayman Islands. The journalists handed the extract from the register to the finance minister during the cabinet meeting on 20 April, reported the Ukrainian media.

The censor.net web portal published a list of 50 Ukrainian politicians and oligarchs who are owners of companies in tax havens.

In response to the scandal, the authorities decided to announce the „program for the de-offshorization of the economy”. The preparation of a suitable package of legislation was entrusted to Nina Juzhanina, the chairwoman of the Parliamentary Committee on Taxation and Customs Policy. We shouldn’t expect rapid changes, however.

„It seems to me that such global legislation proposals, affecting literally all spheres of life in Ukraine, should be discussed in the same manner as changes in the tax code – over a minimum period of several months, or maybe even half a year”, declared Juzhanina, arguing that haste in this matter would „hurt ordinary Ukrainian businessmen”.

The opposition party ”Batkivshchyna” of the former Prime Minister Yulia Tymoshenko, has submitted its own version of a „de-offshorization package” to the parliament. The prepared acts completely prohibit the use of companies registered in tax havens for the purposes of „cost optimization”. Works on the opposition’s package have been blocked.

The offshoring scandal has met with a negative reaction from most Ukrainians. In mid-May, the Kiev International Institute of Sociology conducted a survey whose results indicate that two-thirds of citizens demand the resignation of a president who is locating his assets in tax havens.

In a more detailed breakdown of responses, 48.6 per cent of the respondents maintain that Poroshenko should definitely resign while 17.5 per cent believe that he should rather do it. Only 6.3 per cent of Ukrainians assert that the oligarch should not resign in any case. 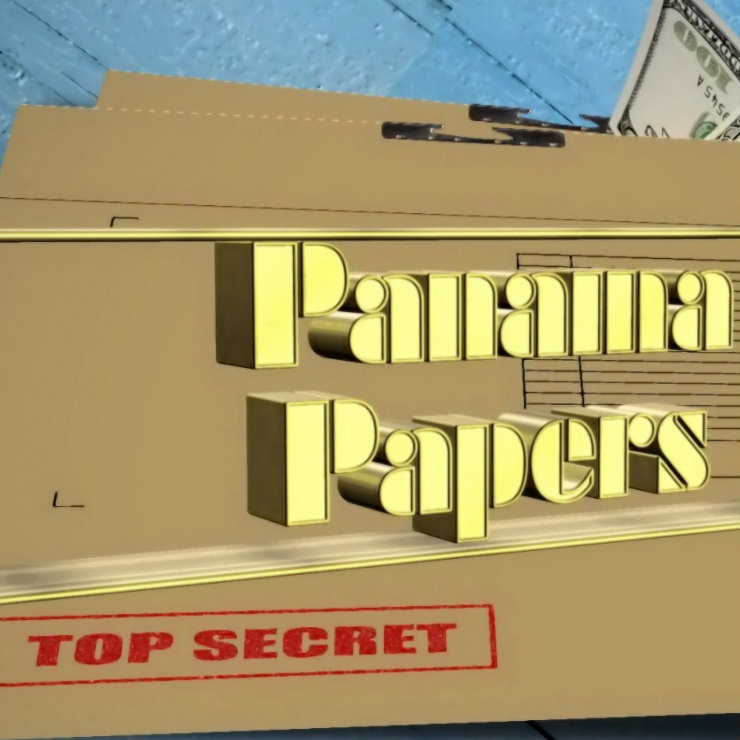