04.10.2019
The latest reports of international institutions, investment banks and rating agencies include warnings about a possible global recession and financial crisis. However, the field of economics doesn't have a methodology that would allow it to accurately predict when this will happen. 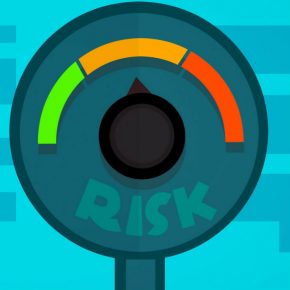 Professor Nouriel Roubini gained fame after predicting the financial crisis of 2008. Therefore, his forecasts are always taken seriously by economists and politicians. A year ago, together with the Italian economist Brunello Rosa, Roubini described 10 potential downside risks that could trigger a recession in the United States and around the world in 2020. Some of them are risks resulting from the policies pursued by the administration of the US president Donald Trump.

Prof. Roubini is predicting, among others, that in the event of a global crisis, the United States will not cooperate with other countries in order to mitigate its effects. Due to pressure from the US president, the Fed will not provide central banks in Europe and the emerging markets with the ability to buy dollars in order to enable the repayment of debts that many companies had incurred in the US currency. This, however, is more of a guess than a forecast.

Prof. Roubini published another article in which he stated that nine risks are still in play today (the only risk he eliminated from the previous list was that of interest rate hikes by central banks). This means that serious problems should be expected in the global economy in 2020.

His forecasts were subsequently quoted by many serious global media outlets. The problem, however, is that this economist has been presenting pessimistic scenarios for many years, but his predictions do not always come true. In September 2011, he predicted a deep recession in the United States and the Eurozone. While the Eurozone did in fact experience a recession, the growth of the US economy accelerated.

Prof. Roubini warns against the excessive budget deficits and excessive public debt in many countries, including the US. He believes, that the model of growth of the Chinese economy has exhausted its potential and that China is now facing serious problems. According to Prof. Roubini, by maintaining very low interest rates the central banks around the world have deprived themselves of the tool used to stimulate the economy during a crisis.

Professor Robert Shiller, the 2012 Nobel Prize winner and the co-founder of the Case-Shiller Index, which tracks home prices in the United States, is also warning of a possible crisis. Prof. Shiller had been warning of a crash in the US real estate market since 2007. Now he believes that the housing market in the US is exhibiting the same symptoms as had been observed right before the sub-prime bubble burst a decade ago. However, Prof. Shiller believes that if a crash does occur, it will not be as sharp as in 2008.

In June, the World Bank published a report “Global Economic Prospects. Heightened Tensions, Subdued Investment”. According to World Bank experts, the weak investment growth in emerging markets and in developing economies (EMDE) translates into lower rates of economic growth in these countries and hinders sustainable development.

There is a growing risk of a marked slowdown in the major economies, as well as renewed financial tensions, including the possibility of escalating trade tensions. The growing debt levels limit the ability of governments of EMDE countries to stimulate investment. The public debt in this countries is lower than in the developed countries and amounts to approximately 51 per cent of GDP. However, it has increased by 15 percentage points since 2007. This is not a dangerous situation in the environment of the prevailing low interest rates, but caution is still required in light of the debt crises that have occurred in many countries from that group in the past. In the event of an interest rate increase, the risk of an insolvency crisis would emerge once again.

The World Bank forecasts that the global economy will grow at the rate of 2.6 per cent this year, while previous forecasts predicted 2.9 per cent. However, if the global financial conditions remain benign, economic growth will accelerate in the subsequent years and will reach 2.8 per cent in 2021.

The current slowdown is mainly observed in the major European countries, as well as Japan and the United States. China, which is currently in the process of restructuring its economy and reducing its dependence on foreign markets, is also experiencing a slowdown. Slow growth and the possibility of a recession raise concerns regarding the stability of the financial sector. Meanwhile, in the US, economic activity is negatively impacted by the protectionist policies of the government.

China is facing both an external risk associated with the growing import tariffs in the US, as well as an internal risk associated with the high levels of corporate debt in sectors with deteriorating profitability. The total level of debt of the Chinese non-financial sector exceeds the levels observed at the peaks of the previous credit booms in other major EMDE countries. The Chinese authorities are trying to reduce the level of indebtedness of the economy, while simultaneously stimulating the economy with fiscal and monetary policy measures.

However, such stimulus measures will bring increasingly weaker results. State aid for the highly indebted state-owned enterprises may ultimately weaken productivity growth across the entire Chinese economy. A significant slowdown in China would cause a decline in commodity prices around the world, which would hurt China’s exporters.

Main threats to the global economy according to the IMF

In April, the International Monetary Fund published its annual “Global Financial Stability Report”, which identifies the risks to the global economy. The IMF notes that corporate debt in the US and in the Eurozone is at historically high levels.

Although the debt-service capacity has improved, and the balance sheets of companies seem to be in a good enough condition to withstand a moderate economic slowdown or a gradual tightening of the financial conditions, the growing indebtedness of companies with lower ratings (BBB or lower) is a worrying factor. In the event of a significant economic downturn, the weaker companies could lose the ability to service their debt.

At the same time, China is suffering from a deep financial imbalance. The Chinese authorities are facing a difficult trade-off between supporting short-term growth, counteracting external shocks, and stopping the increasing financial leverage through stricter regulations. It seems impossible to successfully reconcile these conflicting objectives. China’s importance for the situation in the global financial markets will increase. Chinese bonds have now been included in the global bond index. IMF experts predict that this will cause capital inflows to China of USD150bn in the years 2019 and 2020.

Approximately 70 per cent of the financial investments flowing into emerging economies are based on benchmark indices. In the last ten years, the index-based allocation of investments in developing countries’ bonds has quadrupled and reached USD800bn. The funds that invest based on benchmarks are more sensitive to changes in global financial conditions than other investors. This is why external shocks could spread much faster than in the past.

Today the indebtedness of the global economy is greater than ten years ago. Does this mean that we are approaching a financial crisis on a scale similar to 2007-2009? Not necessarily. The increase in debt has mainly occurred in emerging markets, and especially in China.

The IMF has created a new index covering 18 indicators relating to the financing of enterprises and investor behaviour. The index allows us to observe the credit cycle and the value of its indicators ranges from “0” to “1”. The index shows that the level of corporate debt is very high, and exceeds the levels recorded during the 2001 tech bubble and the housing bubble. IMF analysts conclude that, “the US corporate credit cycle appears to be at its highest point in recent history.” The high indebtedness of corporations is an indirect result of the continuous expansion of the economy, which has lasted since July 2009.

The last decade has also been a period of cheap and easily accessible credit, which has enabled weaker companies to incur debt. Considerable funds have also been invested in mergers and acquisitions financed with debt. In October 2018, the two largest rating companies lowered General Electric’s credit rating by two notches. Meanwhile, the telecommunications giant AT&T has the ever lowest credit rating. With a debt of USD180bn, it is the most indebted non-financial company in the US.

In December 2015, the Federal Reserve started a series of interest rate increases. By December 2018, the Federal Fund Rate reached 2.5 per cent. This level is still low by historical standards. However, contrary to earlier forecasts, the Fed has halted further increases, which would constitute a heavy burden for the highly indebted corporations. Meanwhile, the relatively low interest rates are an incentive for market players to increase leverage. As a result, the future crisis that will eventually erupt could end up being pretty serious. 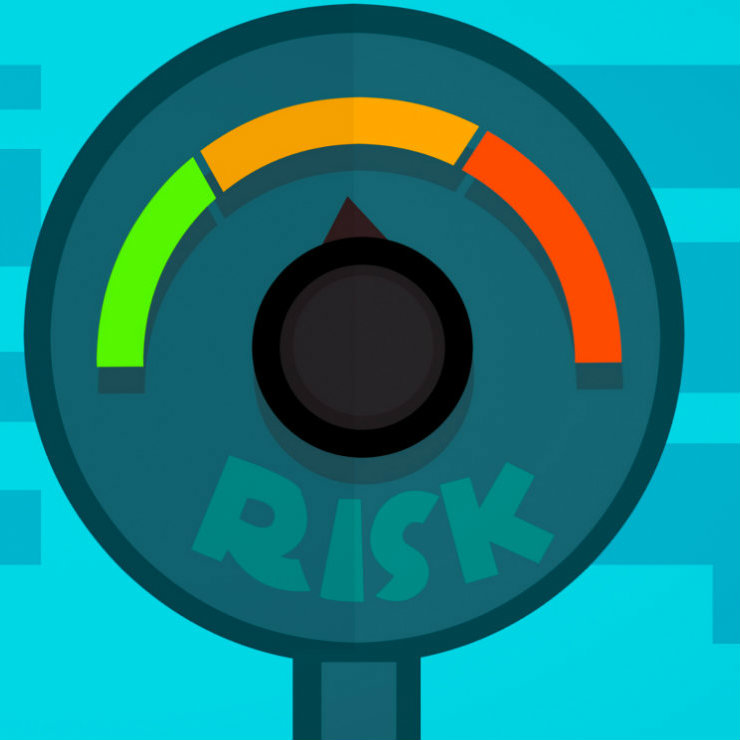