04.02.2019
Poland should increase its investment rate, i.e. the ratio of the gross fixed capital formation to the GDP. The economy needs such an increase, which is also confirmed by international comparisons.

The reduction of the investment rate to the historically lowest level of 17.7 per cent in 2017 is a particularly worrying. The low investment rate constitutes a serious threat to the country’s economic future. This may result in deterioration of the international competitiveness of Poland’s domestic production and, in the longer term, to a slowdown in economic growth.

The contemporary economy is highly demanding, among others, in terms of innovation, which in turn requires investment expenditures to be incurred. If the propensity of Polish enterprises to invest does not increase, this may stop the growth impetus observed in the last two years.

The analysts and the research centers have not yet been able to fully understand and explain the reasons for the low rate of investment in Poland, although several hypotheses may be found in economic studies. Uncertainty concerning changes in the government’s future economic policies, as well as the legal and regulatory changes, which are often implemented in a hasty manner, is most often mentioned as the main reason for the private sector’s low propensity to invest. Private investors, who put their own financial resources, are afraid of making investments due to the risk of failure in an unstable and vulnerable institutional environment. Any change in this environment requires the profitability of their investments to be recalculated, and this may sometimes result in giving up excessively risky projects.

Outflow to the EU, inflow from Ukraine

Significant changes in the domestic labor market constitute the second risk factor. With historically low unemployment levels, labor reserves in previously unemployed people have ceased to exist. Some of the unemployed people are irreversibly lost for the labor market due to their low qualifications and their concentration in several locations around the country. The workforce availability has been strongly affected by the departure of workers, whose number is estimated at one million, taking place since Poland’s accession to the European Union. The labor shortage has been partly alleviated by the inflow of workers from Ukraine. However, now when they were given the opportunity to work legally in Germany, the positive effects of their presence in Poland may be limited. In addition, a large percentage of the Ukrainian migrants tackle ‘undeclared work’ in the black market, which limits the supply of labor for legally operating investors.

The shortage of skilled workers is becoming particularly acute. According to the Statistics Poland study of barriers encountered by enterprises, in October 2018, the shortage of skilled workers was an increasingly acute barrier to development for about 44 per cent of manufacturing companies and about 54 per cent of construction companies. These indicators have been continuously increasing since 2015.

Investors are concerned not only about the risk of the extension of the investment deadlines, due to the workforce shortages suffered by their contractors, but also about the possible shortage of workers after the investment is launched. The rising labor costs, stemming from the labor shortage, are equally acute. Due to the insufficient workforce supply the labor market has been increasingly shifting towards an “employee market”, which means higher employment costs for the employers.

State-owned companies, experiencing frequent changes in the management board composition are less willing to invest. This results in delaying decisions which — after each such a change — require preparation and time to become acquainted with the specifics of a given company in order to introduce changes in the investment projects.

From a microeconomic perspective, that is, from the point of view of a single enterprise, investment processes are not continuous in nature. They are undertaken at certain times, and are not pursued at others.

Legacy of the crisis

After comparing the rate of investment in the corporate sector in the EU member states, and in particular in Poland, the Czech Republic, Hungary and Germany, in the years 2006-2017, we can come to the following conclusions.

Thirdly, in the years 2006-2019, the value of the discussed investment rate in the Polish economy was above the EU average, and in the years 2010-2015, it was close to that average. This is not good news, however, because the so-called new member states of the European Union that are in the process of catching up with the so-called old EU member states should maintain an investment rate well above the EU average. Such a tendency is particularly clearly visible in the Czech Republic, where the lowest investment rate recorded during the analyzed period was higher than the highest rate recorded in Poland. At the same time, Poland performed even worse than Hungary, except for the year 2007. On the other hand, the example of Germany, i.e. the country with the largest economy in the EU, as well as the average investment rate for the EU as a whole show that the investment rate in the old EU member states is noticeably lower than in the countries catching up.

In the current economic situation, there are no financial barriers limiting the ability to invest. The interest rates have been low for a long time, and, additionally, the companies’ cash resources deposited in bank accounts actually make the companies independent from bank loans. Therefore, in order to increase the propensity to invest in private sector, systemic actions implementing the economic policies that lead to reduction of the degree of uncertainty about concerning the future directions of the government’s economic policies and stability of regulations relating to enterprises. Even if such goals would be met, their effects will be delayed, as the entrepreneurs need some time to become fully convinced that the legal certainty and the safety of business activity, including investment processes, will improve.

A long-term look at the investment rate in Poland

Category: Macroeconomics 04.01.2019
The investment rate in Poland is close to the EU average, but is lower than in the CSE countries. Expenditure on R&D, as well as on software and databases remains particularly low. 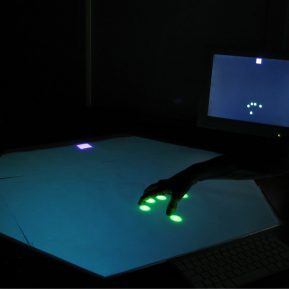