Who is threatened by the increase of the minimum wage?

From January 1st, 2017, Poland has a higher statutory minimum wage at the level of PLN2,000 gross, as well as a minimum hourly wage of PLN13, which has been introduced for the first time. The effects of the new regulations will be mostly felt by companies who employ a relatively large number of low-paid and low-skilled workers, as well as small businesses with only few full time employees (FTE).

We do not have any statistical data showing the detailed structure of salaries in the individual sectors of the economy, but nevertheless there are many statistics indirectly describing this phenomenon. One drawback, however, is that the key data on wages published by the Central Statistical Office of Poland (GUS) usually relate to the years 2014 and 2015. This means that in order to evaluate the present situation we have to extrapolate the data.

There was a considerable number of people with low wages in Poland, even before the introduction of a minimum hourly wage. GUS has recently reported that in December 2015 approx. 1,357,000 people in Poland received a remuneration that did not exceed the minimum, which accounted for about 13 per cent of the total number of FTE. This phenomenon mainly applied to construction and trade, as well as hospitality and catering, where the share of people receiving such remuneration was 30 and 24 per cent, respectively. The situation in manufacturing was more favorable, and in that sector the percentage of lowest-paid workers was 11 per cent.

In October 2014, there were several occupational groups where the average hourly gross wage of FTE was below PLN13. Taking into account even slight differentiation of wages in such groups, we can presume that in the case of many employees (e.g. those with short work experience or on trial periods) the actual remuneration was significantly lower than PLN13 per hour. In these groups, women’s wages were lower than the overall wages by an average of approx. 8 per cent.

The professional composition of the group is typical for the wage ladder in many economies. Persons employed in trade, catering and commonly provided services are among the lowest-paid workers everywhere in the world, but in the sector of personal services and catering many people have an additional, fully legal income in the form of tips, which are not included in the wages.

The low average hourly rates in the above-mentioned professional groups also result in low average monthly salaries in the business activities in which these groups predominate.

Increase of the statutory minimum wage

A significant increase of the minimum wage has been taking place for about ten years, and the consequences of this process are being felt on several levels. Firstly, this process results in an increase in the average salary. Secondly, it mitigates the long observed phenomenon of wage divergence.

Thirdly, in 2014 nearly 10 per cent of all employees (the bottom decile) were workers earning the monthly minimum wage. In such a scenario, people whose previous remuneration is now matched by the new minimum wage may feel a relative deterioration of their situation, and may demand a rise as a result. 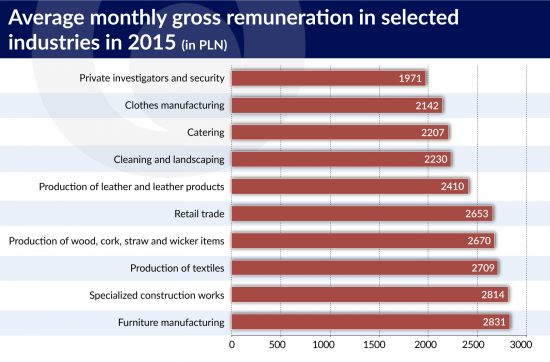 The administrative regulation of wages triggers market adjustment processes. First of all, they lead to an increase in prices in the industries where labor costs have a significant share in the cost of operations. The examples of such industries include security services and driving courses.

The changes prompt investment in replacing human labor with machines wherever possible (e.g. in banking, food processing or security of facilities). Changes are introduced in the organization of production and distribution processes, utilizing the possibilities provided by new IT and telecommunications developments. Finally, in cases where manufacturers lost competitiveness, domestic production is replaced by cheaper imports.

In 2016, the share of labor costs in the operating costs of enterprises was at an average level of approx. 12 per cent, and their net profit margin was 4.7 per cent.

Problems may also appear in other business activities such as clothing manufacturing (33 per cent), catering (26 per cent) or specialized construction works (23 per cent). Meanwhile, other businesses, such as, for example, household appliances factories, characterized by high specialization and automation, will not be affected.

All the exposed industries are characterized by strong competition, which means that entities unable to maintain positive profitability ratios may find themselves in trouble.

The new minimum wage poses a serious problem for micro-enterprises, i.e. companies employing up to 9 people. In 2015, 1.9 million micro-enterprises employed more than 1.3 million workers, with an average salary of PLN2,397. On the one hand, such a situation questions the employment of people with high qualifications, as they require higher salaries, and on the other hand, prompts employers to pay a part of the salary „under the table” ‒ which reduces the employer’s social security contributions and increases the employee’s take-home pay. Fast increases of the minimum wage make it difficult for the smallest Polish enterprises to adapt to the new economic conditions.

Hospitals and other institutions financed from the state budget or the local government budget are also facing problems. Their budgets did not take into account all the effects of an increase in the salaries of persons providing ancillary services, such as nurse assistants, cleaners and security staff. The mismatch between the adopted budgets and the new requirements may result in an increase in the debt of these institutions.

The macroeconomic consequences of the increase in the minimum wage and the introduction of a minimum hourly rate will result in difficult to estimate increases in the prices of certain services, a slight increase in unemployment, an increase in the propensity to operate in the grey economy, and a very likely increase in the debt of some budgetary units.

Bohdan Wyżnikiewicz is the Vice President of the Institute for Market Economics. 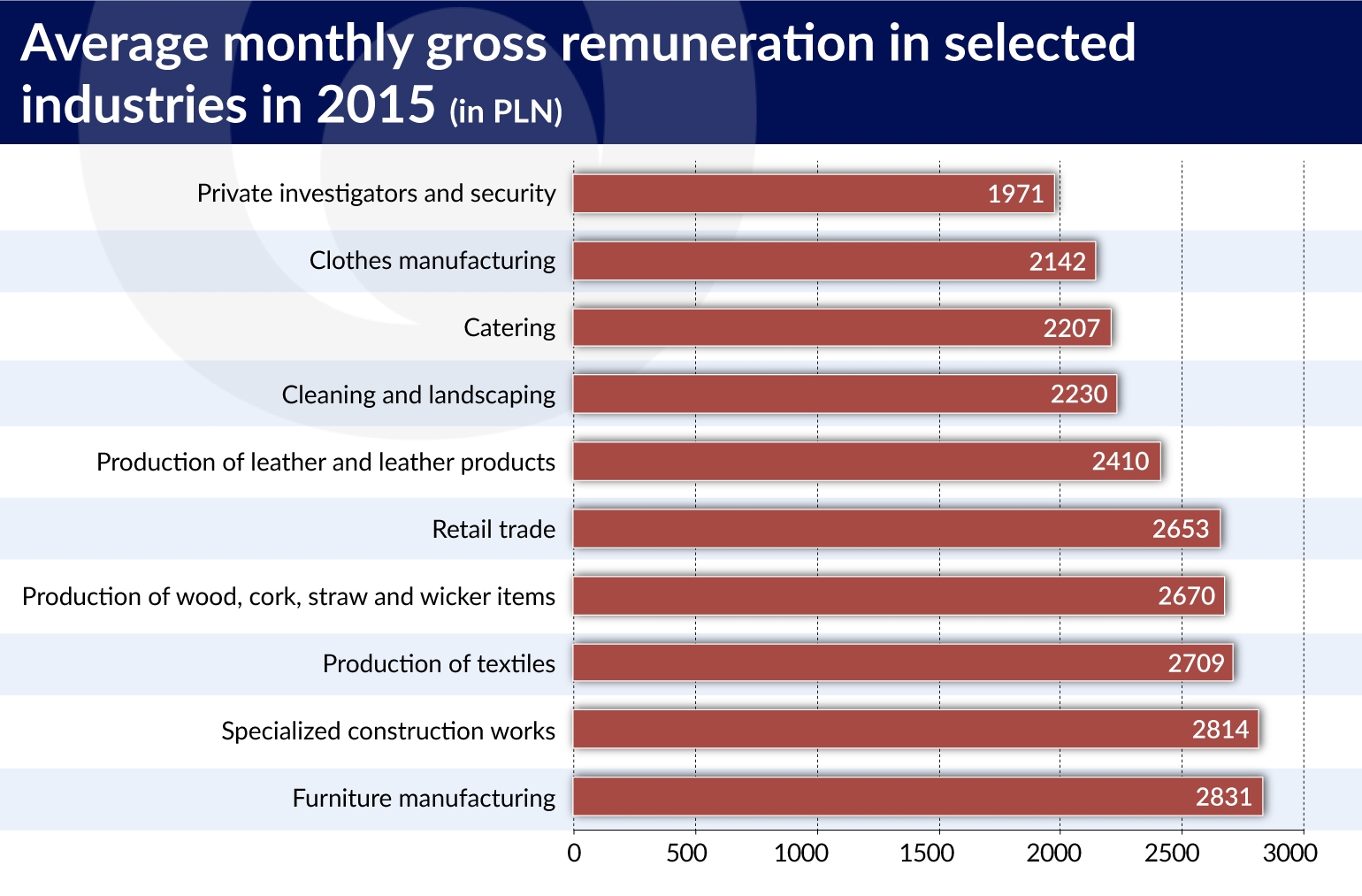